Denise Milan’s Mists of the Earth at BYU 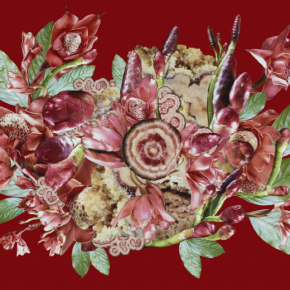 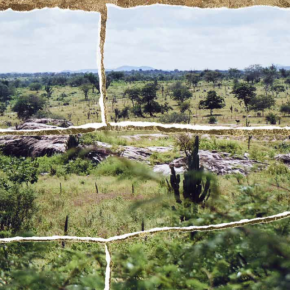 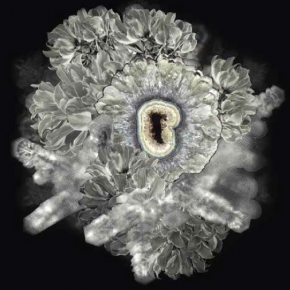 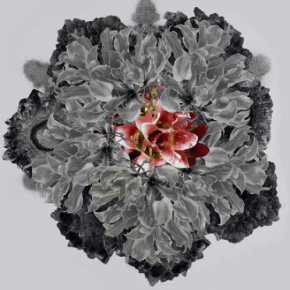 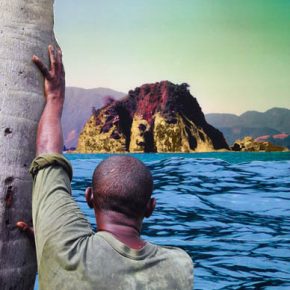 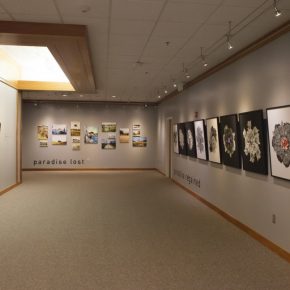 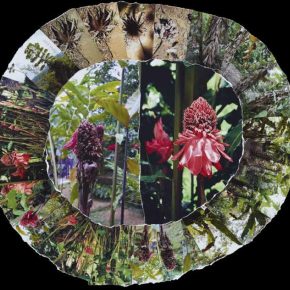 “They paved paradise and put up a parking lot” – Joni Mitchell

The idea of paradise is about as slippery as the idea of landscape: no two are exactly alike. They look different to each of us, smell different, imbued with cultural constructs fashioned from our own experiences. No one will have the exact same version of paradise: it is either a fantasy we dream up or an idea of a place we visit which transcends the everyday.

As each version of paradise is different, so are the responses and actions to bring attention to our environmental degradation of the planet. Joni Mitchell’s disappointment in seeing the marred Hawaiian landscape was to write her song, “Big Yellow Taxi.” Visual artists have been producing environmentally oriented work to shine a light on ecological concerns since at least 1969, when Mitchell wrote her song.  In the past few years, the number of artists doing so has increased exponentially as the concerns for the harm we have done to the environment has grown. These are global artists working in a variety of media and many geographic locations to impart their message.

Brazilian artist Denise Milan is one such messenger. She is an eco-activist, curator, and journalist whose work has been exhibited across most continents. Before coming to Utah, her current exhibition, Mists of the Earth, opened at the Chicago Cultural Center in 2012, then traveled to São Paulo’s Galeria Virgílio in 2014 and the Wilson Center in Washington, D.C., in 2015. Milan is no stranger to Utah – her exhibition was shown at the University of Utah earlier this year (a collaboration among the Center for Latin American Studies, the Hinckley Institute of Politics, and the Marriott Library) before stopping at its current venue on the campus of Brigham Young University (BYU).

BYU has a strong Brazilian Studies program and an interest in the Brazil Institute of the Wilson Center; the two institutions collaborated on a show a few years ago and are now in partnership in presenting Milan’s work to new audiences. Through the mediums of photography and photo-collage, Milan highlights the cultural diversity of traditions from her native Brazil through a stunning visual narrative that depicts a journey through paradise, which is lost, then reinvented.

At first glance, the exhibition appears small, each image visually accessible upon entering the gallery space. This compact arrangement does not reflect the expansiveness of Milan’s message, or the sheer beauty of her visual method. With striking photographs of vibrant color depicting lush, dense foliage, she addresses issues of the environment through three segments: “Paradise,” “Paradise Lost,” and “Paradise Found.” Our desert environment looks nothing like Milan’s Paradise, but by considering ourselves within a global context, we come to understand that we ask the same questions regarding overdevelopment and the future: Brazil’s Atlantic Forest is closer to the Colorado Plateau and Great Basin than we think.

“Paradise.” The richness and exuberance of the earth draws us into an environment that is blooming and hot with color. Two of the work’s titles, “Vulva” and “The Cycle of Life,” conjure biological references of growth and abundance. This world is visually complex, a collage of landscape, environment, and possibility.

“Paradise Lost.” The shift is palpable as we move from abundance to a new reality of environment. In this series, Milan’s collages are torn, a metaphor for a torn earth. While “Paradise” conjures ideas of fertility, “Paradise Lost” now includes the human form, informing us of the utmost importance of people on the planet. Milan interviewed Brazilians from varied topographic regions, traveling to the coastal village of Paraty, known for its lushness, to the dry landscape of Bahia in the country’s Northeast region. The tears in these collages are lined with gold, creating both continuity among images and separation within each work. The hot colors of “Paradise” are lost, replaced by the natural coloration of the landscapes the artist has photographed.

“Paradise Found.” In this final series, a series of mostly black-and-white photographs depict geodes and crystals in a wonderfully organic way so that they appear almost like blossoming flowers. Christiane Ramsey, fine arts librarian at the Harold B. Lee Library, explains that Milan proffers her own interpretation of the power of crystals to heal, to bring hope to a torn planet, to bring us back to paradise, albeit one markedly different from the original state.

Ramsey recounts a story about Milan: the artist was in the gallery, and asked a visitor if they liked the exhibition, wanting to know how her work related to our Utah environment. Did her work make the connection between places? The answer from the visitor was yes. The issues we face today are global and similar as development continues to take over the original environment. Beauty is destroyed everywhere.

Milan has visited Utah twice this year, and may return again to work on another project. She appears to have found an affinity with our landscape, which is so different than her homeland. Until then, Mists of the Earth is on view at BYU’s Harold B. Lee Library Auditorium Gallery until July 29th, when it moves to Georgetown.

To access this exhibition, accompanied by a PDF catalog visit www.denisemilanstudio.com.