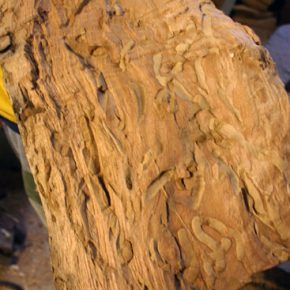 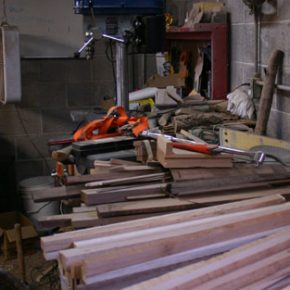 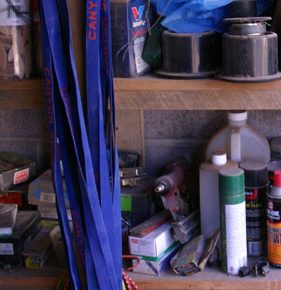 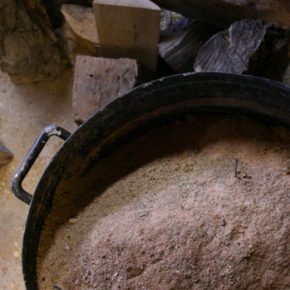 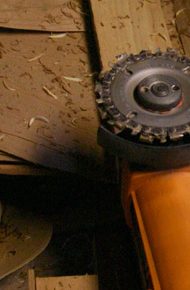 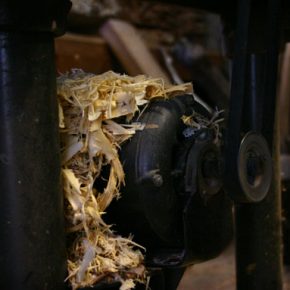 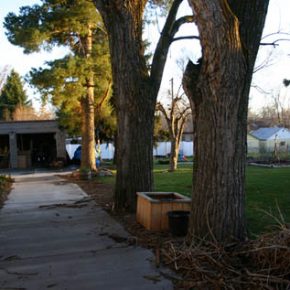 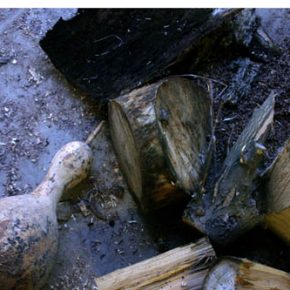 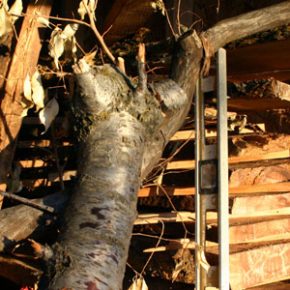 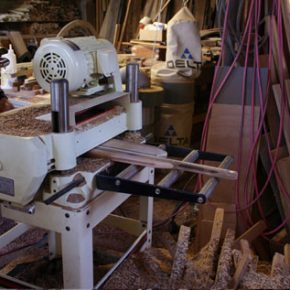 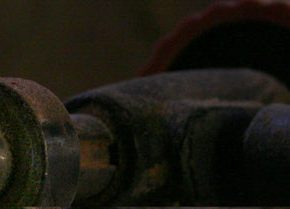 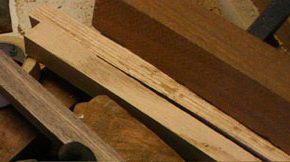 I met David Wolfgram in the late 90’s when has was crafting African wooden drums and selling them at local arts fairs. In 1999, after rescuing 13 old growth trees on their way to the dump—(torn out of Ogden’s Municipal Gardens to make room for the new amphitheater), David began collecting more tools and built his own sawmill in the yard behind his home. He relocated through the Own In Ogden program in 2004, and has converted his 3-car garage into a woodshop (including the mill). Since 2000, his work has evolved from the functional (drums, wooden utensils and cutting boards) to sophisticated furniture stylings, and, most recently, figurative forms. In the Spring of 2005, David embarked on a 3 month project for the LDS Church in Nigeria, where he worked with a team of local craftsmen in the creation of wood furnishings for a new Temple being constructed in a semi-remote Township. During a layover in Paris on his way to Africa, David spent several days in the Louvre, where he was inspired by viewing the classic sculpture to try his own hand at the revealing the human form using wood as the medium.

“I’m fascinated by the curves and the radius, and the color combinations in different types of wood,” David says. “I want people to see that it’s still a piece of wood, but I also want to show how refined it can be—there’s balance for me between revealing the beauty of the wood and forming the design. I start with an idea, but then sometimes the wood will inspire me by its shape and curve and texture.”