This weekend, Dave Hall and Joel Long are continuing their ongoing collaborative venture with an exhibit and reading at 15th Street Gallery in Salt Lake City as part of the Utah Humanities Council’s Book Festival. Hall, a landscape painter who gravitates towards misty scenes of high mountain country, and Long, a poet whose most current work, Lessons in Disappearance, was published last year, share a love for the land of southwestern Montana, and for the past four years have been complementing each other’s work.

Their ongoing collaboration began in 2009, when Long surprised Hall at an exhibition of the latter’s work at Phillips Gallery with three poems inspired by Hall’s paintings. That grew into seven poems written for seven paintings and an exhibit by that name at Evolutionary Healthcare in 2010 (see our coverage here).  The two have continued to pair exhibitions with poetry readings ever since. 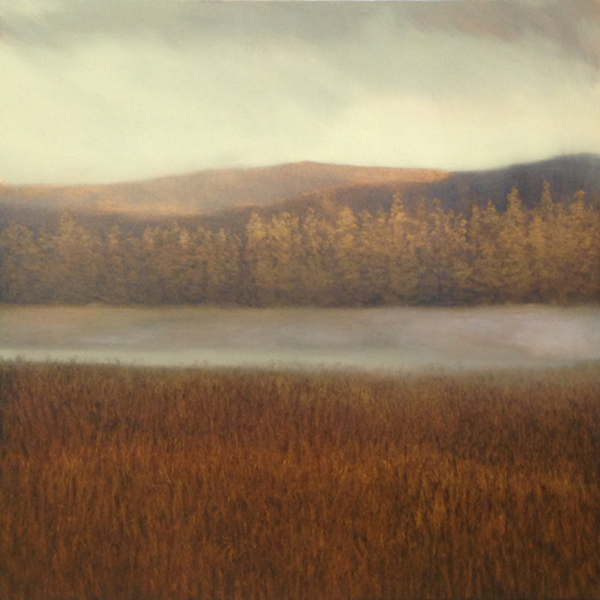 First Light, That Place in the Park, oil on canvas, 36×35 by Dave Hall