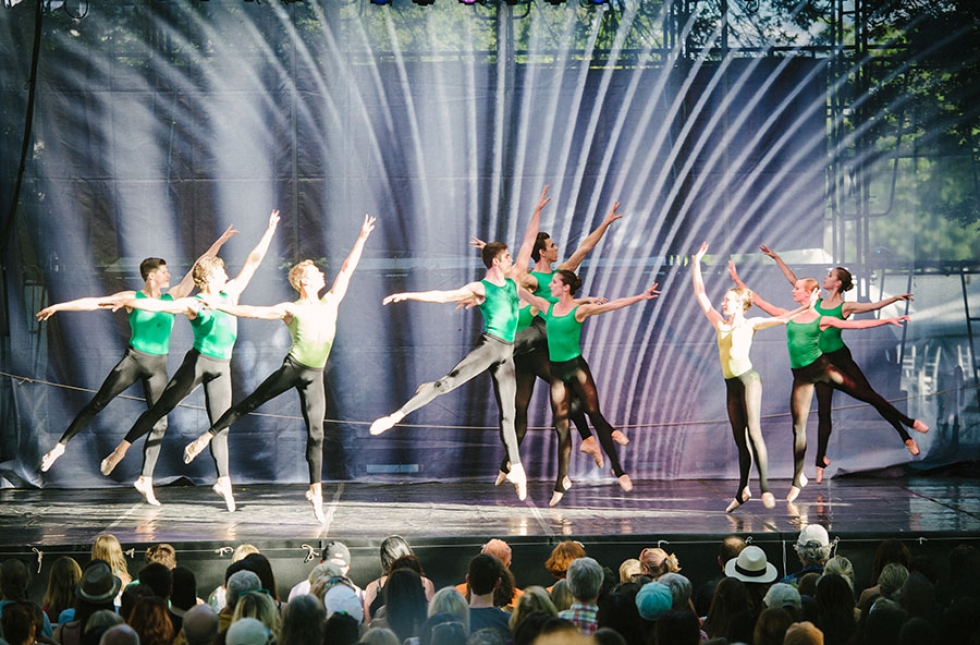 In bringing a cross section of performance to a broad public, the Utah Arts Festival fulfills an important role each summer. Dance is often accused of being one of the more insulated art forms, as audiences find difficulty in analyzing nonverbal ideas and, more specifically, doing so at a high ticket price. The Arts Festival bridges both divides by providing a series of performances at a cost less than half of the price of most regional theaters while also presenting works in a casual context. Perhaps it’s easier for audiences to discern what exactly it is they are watching when they can do so audibly, with one another.

The objective of the festival’s dance line-up each year seems to be access to mainstay Salt Lake companies: Repertory Dance Theater, Ririe Woodbury Dance Company, and Ballet West. Festival patrons can check out what’s deemed accessible repertory while  learning about the offerings of each company, including: open classes, upcoming season events and what each group does for area schools & community centers. In a world where the traditional company model struggles to survive it’s a valuable tool of audience engagement.

Alongside these groups is also the inclusion of more commercial dance forms, like breakdance, and children’s groups, such as the Children’s Dance Theater.

The introduction of an open application series has allowed the festival to attract a handful of different company structures, including Movement Forum, aka MoFo, a loose collective of improvisers who will perform on the Park Stage this year. Also on the line-up is a beautiful performance by Eugene Tacchini, a dance costumer and performance artist: originally seen at the Performance Art Festival, the piece returns to the Main Library and involves roles for the audience, thread, and sublime surprise. A festival commissioning program frequently highlights Ballet West dancers and this year Chris Ruud shows two new works and a re-staging on a piece by his father, Tom Ruud. The format seems to be a good start for continued support of performing arts in a dynamic festival landscape.

For those seeking a glimpse into dance on the Wasatch Front the festival is a good start. And one can hope that with the development of programs like the open application series and commissioning program, future summers will find room for an even more expansive look at the contemporary moment.