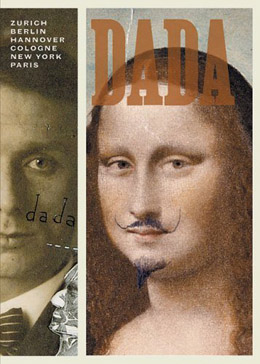 Consider a group of young men and women, gathering during a time of global strife, rejecting traditional perspectives and methods of their predecessors. This description applies to the artists who founded the short-lived movement called Dada. Oddly, this also describes the scholars who contributed to the exhibition catalogue for the most comprehensive Dada exhibition ever. Begun at the Musée national d’art moderne (Centre Georges Pompidou, Paris), the exhibition is currently at the National Gallery of Art (Washington, D.C.) and will conclude its tour at the Museum of Modern Art (New York).

Time and again, the Dada artists have been labeled absurdists, anarchists, rebels, unpatriotic . . . and a host of other pejoratives. Dada has often been called an “anti-aesthetic”; hence, Modernist scholars often exclude it from the perceived chronology of the development of “Modern art.” (Of course, one might question why Clement Greenberg did not understand Dada was the ultimate in Kantian self-criticism . . . not superficial inquiry into art-making media but seeking critical inquiry into the art world’s practices, theories and assumptions.)

Rather than rehash conventional views of Dada, the young scholars in this book – holding fresh doctoral degrees from prestigious institutions – provide fresh insights into this oft-parodied, poorly understood group. Newer methods of art history attempt to place aesthetics in context (of artists’ life experiences, sociopolitical machinations, etc.), and avoid judgments of taste. After all, as Postmodern methods of art-making were emergent, so too were Postmodern methods of scholarship.

The tome is massive, providing the best-rounded perspectives on the unique flavor of each Dada city/group. Soon after the outbreak of World War I, Dada was established in Zurich in 1916. (Hence, it is the first chapter to follow the “Introduction”.) Very soon, news spread – thanks in part to the group’s manifesto (written by Tristan Tzara) – through the European avant-garde, leading to groups founded in five other cities: Berlin, Hannover, Cologne, New York, and Paris. Each city is portrayed by a scholarly essay, followed by a “Plates” section including numerous reproductions of artworks from all media – drawings and paintings, typography and puppetry, film stills and collages, sculpture and photography, etc. – as well as documentary photography of people, places and events. By 1924, the Dada movement was suffering creative entropy, and the artists drifted apart and into other endeavors – some, like Marcel Duchamp, into fame (or infamy); others into obscurity.

So the personalities are not lost in the shuffle, the ‘Artists’ Biographies section (pp. 460-489) is invaluable. Each is put in context – how they knew and worked with one another, how their artworks matured with or in contrast to others, etc. Additionally, a ‘Chronology’ (pp. 416-459) lays out the Dada movement from beginning to end, with ‘Related Events’ and each Dada city’s/group’s activities parallel. Again, this reinforces the simultaneity of countless developments, interactions, and practices.

One aspect that cannot be ignored is the fetishism of Dada despite the artists’ own self-effacement. Dada artwork and performances were not intended to be co-opted by the established art world. This was a group of protest-thinkers, producing consumable products and demonstrations (of their theoretical perspectives) – not easel paintings for living room décor – as a cohesive assault against traditional means of legitimizing the inconsequential through exhibition in galleries and museums, art criticism, and academic research. Paradoxically, the Dada movement has been granted credence by that which they sought to question. [Then again, an interrelated paradox is the solipsism – the internal (il)logic — of Dada: the exclusion (in whole or in part) of those who were not collaborators and producers.]

For one interested in learning about the past, and to gain insights into the world’s lack of learning from the past, this exhibition catalogue is essential. We are told today, paralleling the days of World War I, of our victimhood and of threats by a faceless enemy, while understanding that our fears are enhanced by governmental and media construction. While some fears are rational, others may be irrational. We could learn from the Dada artists. 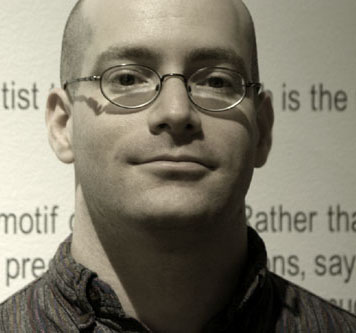