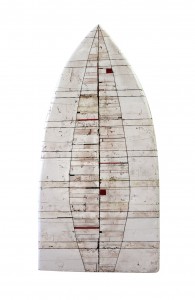 For the Park City Gallery Stroll tonight, (yes, it’s the last Friday of the month already) J GO Gallery is revealing a new body of work by Curtis Olson — three years in the making. The exhibit’s title, Antikythera: Knowledge Objects, is a reference to an ancient Greek relic discovered in a shipwreck at the turn of the twentieth century that only became fully understood in the past decade. We now know that the complicated and multi-layered gear mechanism from the second century B.C. was a sophisticated analog calculator used to predict the position of celestial bodies.

The Antikythera Mechanism is now only time-worn fragments, but modern reconstructions reveal a beautiful and fascinating object that seems as futuristic as it is ancient. Olson’s new works explore similar terrain: appearing thick and heavy, like the worn stone of an Aztec calendar, they are also engraved with lattices and other markings that suggest the sophistication of an extraterrestrial civilization.

The works are flat-backed, meant to hang or sit on a flat surface. Styrofoam gives them an inches-thick relief structure that is then layered with gesso and other materials to create a surface that resembles polished stone. Olson’s palette here is reduced, almost monochromatic, and highlighted with touches of primary colors. The “knowledge objects” come in a variety of shapes — pointed arches that feel like portals, round wheels that call to mind early calendars, and even a couple of semi-spheres that look like geodes split open to reveal surprising insides.

The thick, textured quality of these works will be familiar to those who have followed Olson’s art over the past decade. In earlier works, like the Landscape Memories series, the former architect embedded black and white photographs of old barns, lonely trees, and abandoned farm equipment, as well as rusted objects found on the trail, into slabs of colorfully textured surfaces. In those works, the textured elements frequently appeared as frames for the focal point of the photograph or rusty nail, or at best as abstract counterpoints to the representational elements. 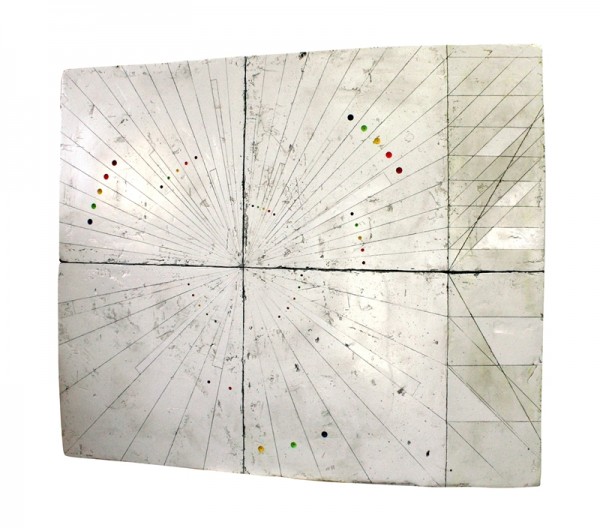 In these newest works, however, the sculptural aspect has become self-sufficient. While the pieces remain reliefs  — gratifying approaches from different angles though not meant to be experienced in the round  — they stress their autonomous objecthood. They seem less like “artwork” to be peered at and more like artifacts whose presence resounds beyond the direct view.

Olson’s works have always yearned for a type of poetry, wanting to evoke a sense of history and loss. With his pieces on the American West, he was careful to avoid the pull of mythic nostalgia. He photographed non-majestic locales in a matter-of-fact manner, skirting what he described in 2007 as the western artist’s tendency “to create a fantasy world that does not exist.” His Knowledge Objects can’t help but be coated in a veneer of fantasy. They are meant to call to mind, as he says, “lost knowledge and objects which we may not yet fully comprehend.” As such, they are treading ground that is as mythically loaded in our popular consciousness as the West of cowboys and Indians: the attraction of lost civilizations goes back at least as far as the stories of Atlantis, and the blend of the ancient and the futuristic has proven popular enough that the 1994 film Stargate has become an entire franchise.

We aren’t likely to discover a Stargate-esque planet-hopping event horizon anytime soon. But as the Antikythera Mechanism reminds us, sophisticated objects of ancient provenance do become lost. They can lay buried beneath the sea and the sands. They can also be rediscovered, puzzled over and wondered at. Curtis Olson’s new works are poetic evocations of this fact. Their ability to remain in one’s consciousness long after viewing attests both to the skill of this craftsman and to the continuing wonder inside all of us that his works call to mind. 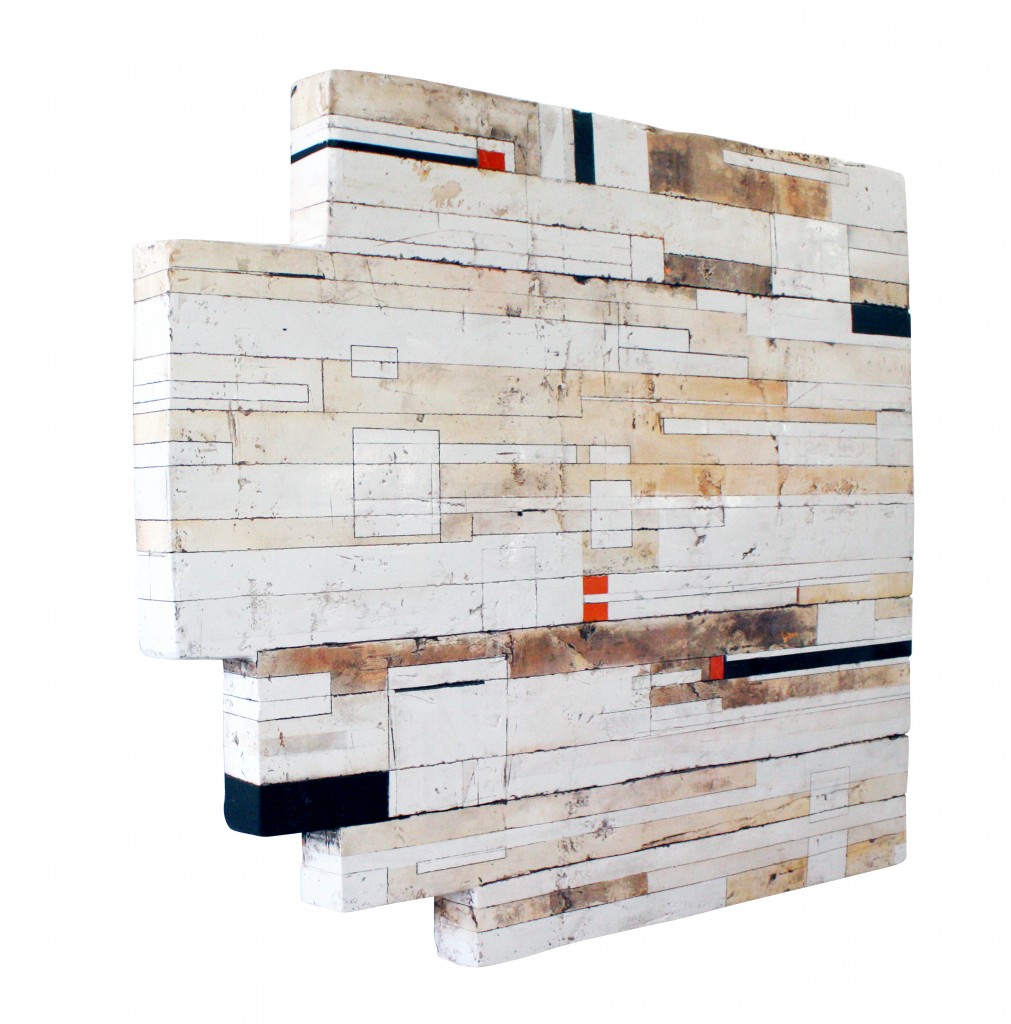 Antikythera: Knowledge Objects, new works by Curtis Olson, is at Park City’s J GO Gallery through March 14th. The gallery will hold an opening reception for the artist tonight, February 22, from 6-9 pm.