Cultural Revival in the Ghost Town of Silver Reef 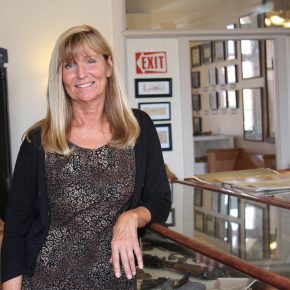 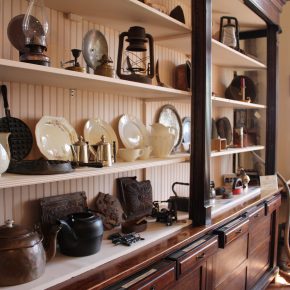 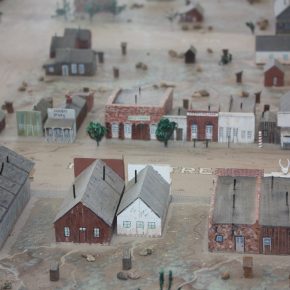 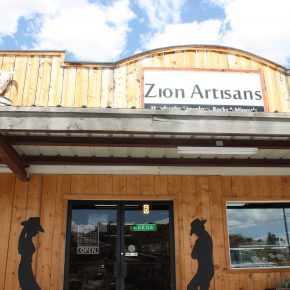 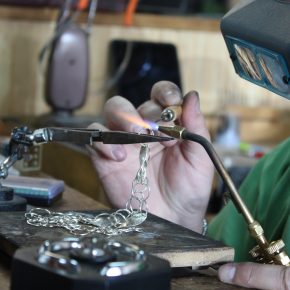 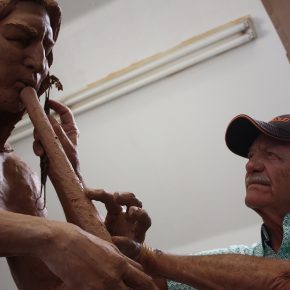 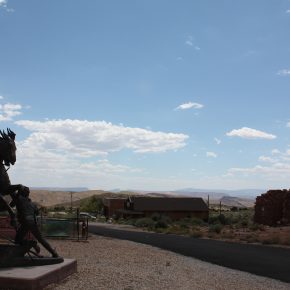 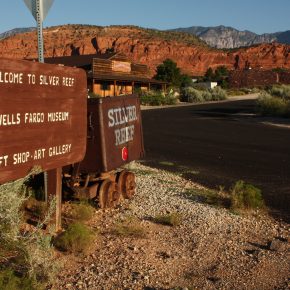 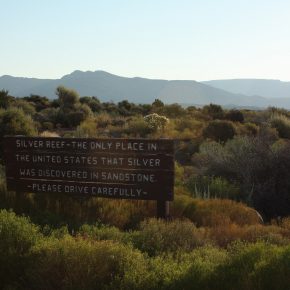 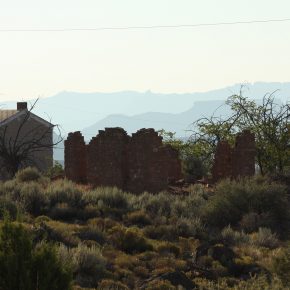 September 23-25, the Silver Reef Museum of Leeds, Utah, will host an all-media exhibit by the Southern Utah Watercolor Society, as part of a recent commitment to host a cultural arts event every 4th weekend of the month. Accompanied by a historical lecture September 24th titled Women of the Silver Reef, the show also kicks off a yearlong bonanza of historical exhibits and art shows culminating in next September’s participation in the Smithsonian Institution’s Museum on Main Street initiative, The Way We Worked.

Though now a part of the township of Leeds, there is a great deal of unique history in the community of Silver Reef, and in the last several years, it has become home to a growing number of artists, studios, and exhibits, suggesting a comparison with another western ghost town-turned-artistic-destination, Jerome, Arizona.

In its mining heyday, Silver Reef was one of the most colorful towns in Utah’s color country.  Springing up out of the sandstone in the 1870s when miners discovered a way to capitalize on the extraordinary geologic occurrence of a sizeable deposit of silver in white sandstone, the settlement, known at first by the inauspicious name “Rockpile,” soon became a bustling mining town with no less than six saloons, five restaurants, two dancehalls, eight dry goods stores, a brewery, and a population of 2,000. Surrounded as it was by Mormon settlements such as Harrisburg and St. George, the town never had a Mormon meetinghouse, though there was a Catholic church building, and Catholic and Protestant cemeteries. Authors Paul Dean Proctor and Morris A. Shirts describe Silver Reef as “an island of gentiles surrounded by a sea of Mormons in this frontier area” in the book Silver, Sinners and Saints: A History of Old Silver Reef. There were outlaws, and notorious gunfights. Ravaged in 1879 by fire, labor strikes, and finally the plunging value of silver, most of the mines closed by 1884, and the townspeople and even most of the buildings eventually relocated, the buildings dismantled for lumber and stone. After another half century of on-and-off mining operations for silver and uranium oxide, a plan for subdividing the land was developed, finalized in 1980.

With the arrival of new blood, interest in preserving the remains of “Old Silver Reef” fueled the restoration of the Wells Fargo Express Stop to a museum and art gallery. Artist Jerry Anderson, whose home lies adjacent to what’s left of the old buildings, has been involved in the restoration process since he moved to Silver Reef from California in the early 1980s.

Thanks to a grant, volunteer labor by local contractors, and tireless efforts by advocate Joy Henderlider, the Museum for Wells Fargo Silver Reef National Monument and Gallery for Jerry Anderson opened in 1986. Gallery sales, including Anderson’s own artwork and that of other artists in the Western genre, paid for the upkeep of the building and staff. Currently, the Silver Reef Museum, as it is now called, occupies the entire Wells Fargo building, with a rebuilt building next door, the old Cosmopolitan Restaurant, serving as a location for lectures and art exhibits, including the upcoming Southern Utah Watercolor Society show.

One of Anderson’s contributions, a large bronze maquette of a Wells Fargo stagecoach, resides in the front entryway of the museum on indefinite loan as a teaching tool for docents. He has the fond hope that he will someday finish the sculpture on a monumental scale. Another contribution, a diorama of the old town, is housed in the powder house behind the Wells Fargo building, simultaneously educating visitors and providing restoration advocates with a visual of old Main Street.

At the gateway to the short road leading from Leeds to Silver Reef lies the newly-opened Zion Artisans gallery and studio, offering a variety of classes in jewelry, silversmithing, metal work and lapidary to a growing number of local artists. A Monday afternoon finds co-owner J. Daniel Mead working at soldering a necklace. “Mostly, I’m here because I want to find people to play with,” Mead jokes. “I really enjoy what I do here, and I want people to come have fun taking a class, or creating their art.”

From across the room, Swanny Tsosie, a jewelry artist with a careful, delicate style of silversmithing, nods in agreement with Mead. Mead enjoys the proximity to Silver Reef, and the history associated with it. He is also planning to participate in next year’s Smithsonian Institute exhibit by creating commemorative rings from silver coins.

Another recent addition to the Silver Reef art community are Erric and Bobbi Wan-Kier. Artist Erric Wan-Kier specializes in large, lightweight foam sculptures while his wife, Bobbi, is an arts advocate and founder of Washington County’s Arts to Zion Studio Tour. She also was recently hired as the Silver Reef Museum’s new manager. Bobbi Wan-Kier’s talent for facilitating collaboration between cultural organizations and maximizing their marketing potential, key in the success of the Studio Tour, could well propel the unique makeup of Silver Reef into the attention of a more national audience, aided by the Smithsonian collaboration. The next chapter in Silver Reef’s history as it plays out over the next year will definitely be one to watch.