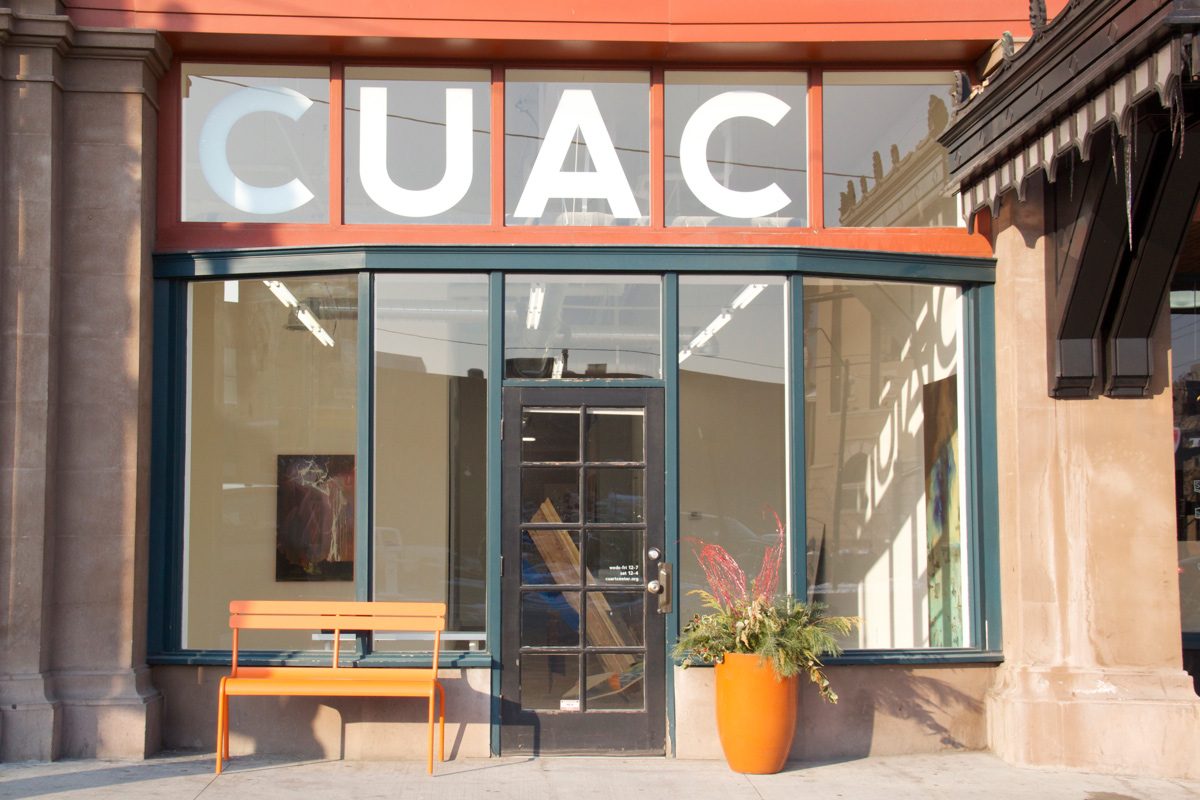 Scholars like Justin Taylor, editor of the book The Apocalypse Reader, will tell you that to capture a post-apocalyptic world is ultimately to make futile efforts towards mastering a great and vast destruction. In fact, creators that seek to render the apocalypse don’t simply depict a flood or a shipwreck but rather devastation on such a grand level that it is indescribable, incomprehensible, overwhelming and sublime. These attempts position the artist as a speaking voice, the last speaking voice, regardless of whether the situation is real or imagined.

This is the state of the world as presented by CUAC’s first Salt Lake City exhibition, After the End, curated by director Adam Bateman with support from the Sam and Diane Stewart Foundation. The exhibition, and the organization’s new 2nd and 2nd exhibition space,|1| fittingly opened on December 22nd, one day after the world’s end as prophesied by the Mayan Calendar. As a result, much of the work grapples with the idea of a post apocalyptic world. 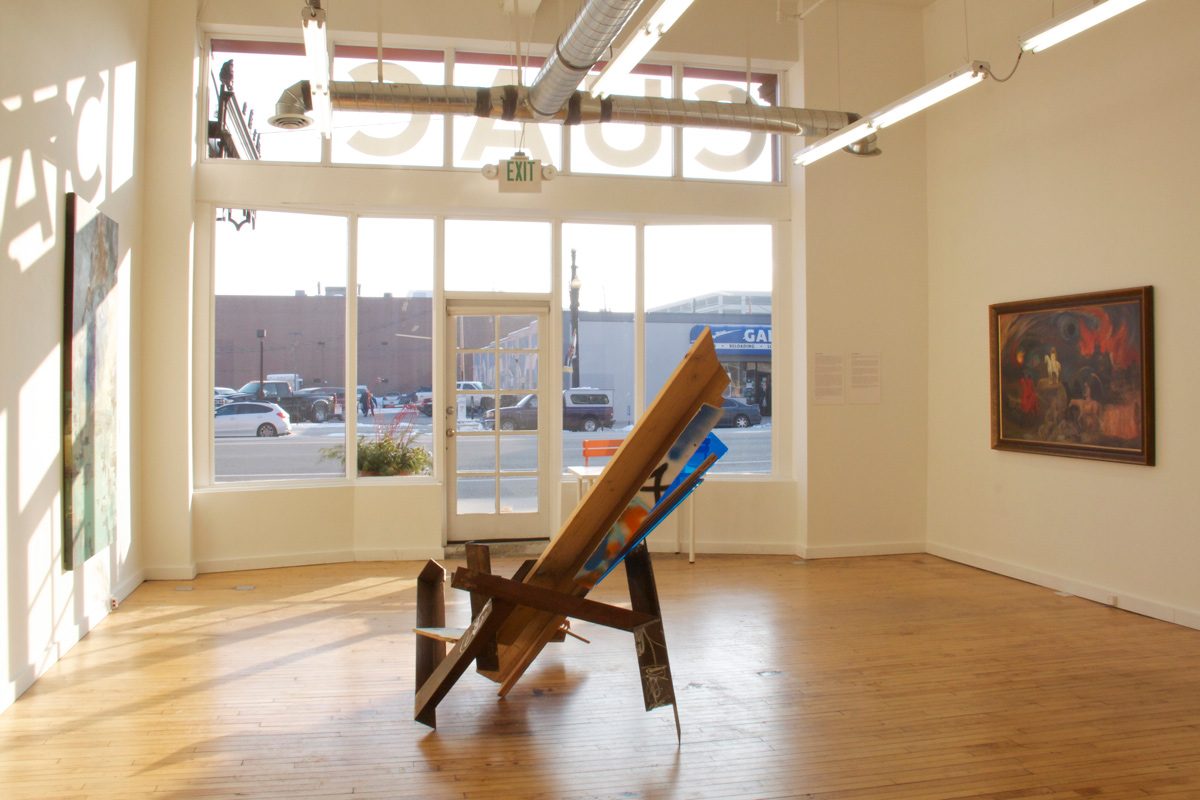 For example, Bruce Case’s beautiful and dramatic sculpture is made from what appears to be construction debris, remnants of a fallen building, and Daniel Everett’s leaning photograph of a surveillance tower looks austere and empty, like the CDC in AMC’s Walking Dead. Dripped paint crashes like lightning in Lenka Konopasek’s disaster painting and Matthew Choberka’s canvas echoes the chaos of a landscape in utter destruction. In the back of the gallery, Annie Kennedy’s installation looks like an array of forgetten objects that have continued to exist well beyond the life of their owner. Her piece includes a bizarre peacock meticulously crafted from matchsticks. In fact, some of the most interesting work in the exhibition uses materials fit for survivalists. 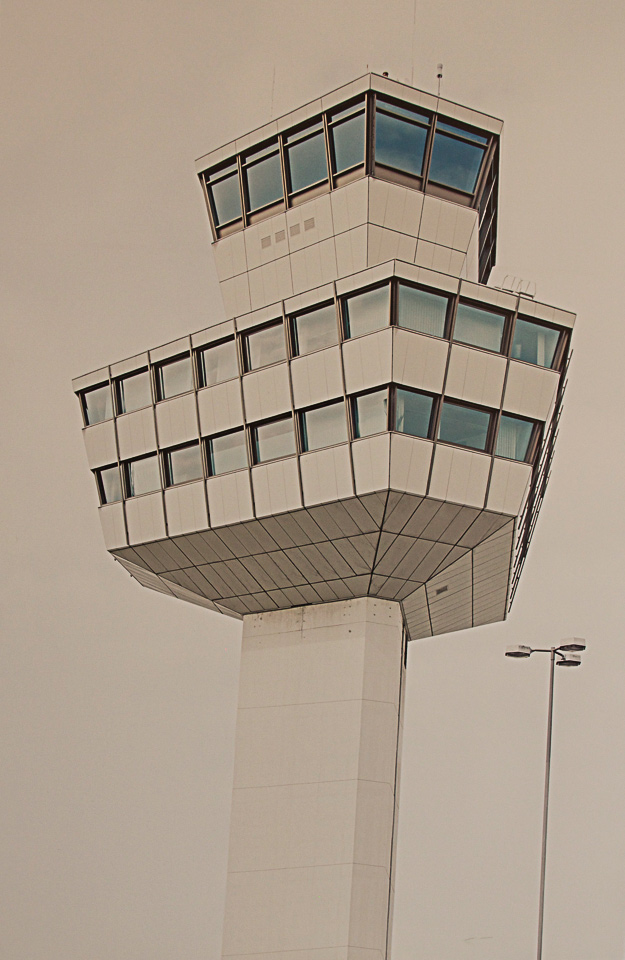 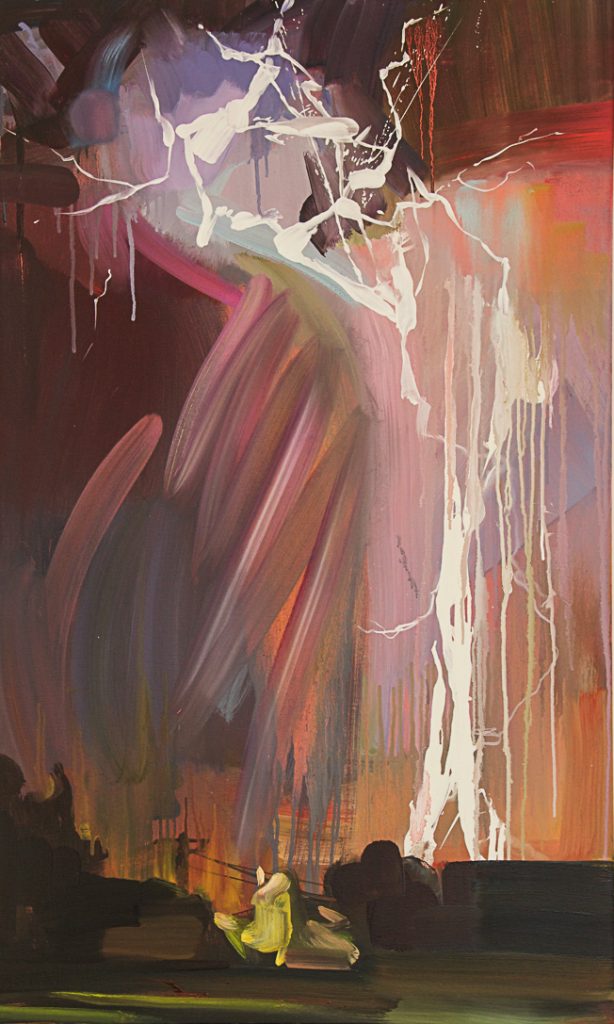 This is particularly true in the case of Jason Metcalf, who just finished his first solo show at UMOCA titled Abracadabra. For CUAC, Metcalf’s “Shelter 1, 2012 “ is an appropriated large-scale striped humanitarian tent that was originally used in Haiti after the horrific Port-a-Prince earthquake of 2010. However, rather than staking it to the ground and setting up camp, Metcalf frames it and by doing so forms a canvas vis-à-vis color field painter Barnett Newman. The long lines in the tent fabric echo Newman’s famous zips, which make reference to the sublime, an aesthetic the artist felt necessary in the wake of World War II. According to Newman, “the sublime was all that was appropriate, because it is an experience of enormity which might lift modern humanity out of its torpor.” 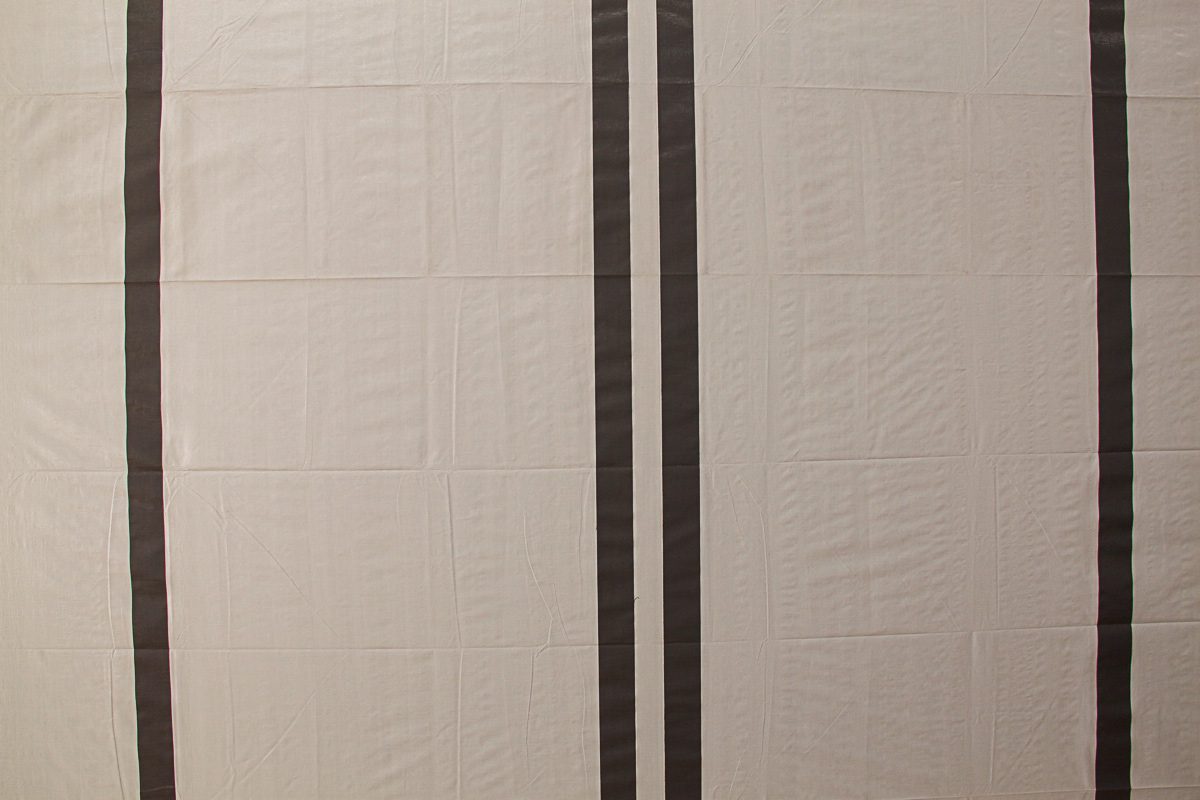 Also aestheticizing and manipulating the idea of both shelter and tent is Venessa Gromek’s sculpture, which covers flexible tent poles in delicate lace and impractical pink embroidery. In style and perhaps even in subject matter, the work appears to reference Faith Wilding’s 1972 “Crocheted Environment” (more commonly called the “Womb Room”) installed in Miriam Shaprio and Judy Chicago’s Womanhouse. As a viewer, one looks upon this impractical object as failing to truly protect the body. We are exposed to the elements both inside and outside. We have left the womb. We are singular. We do not know where to look or where to find shelter. 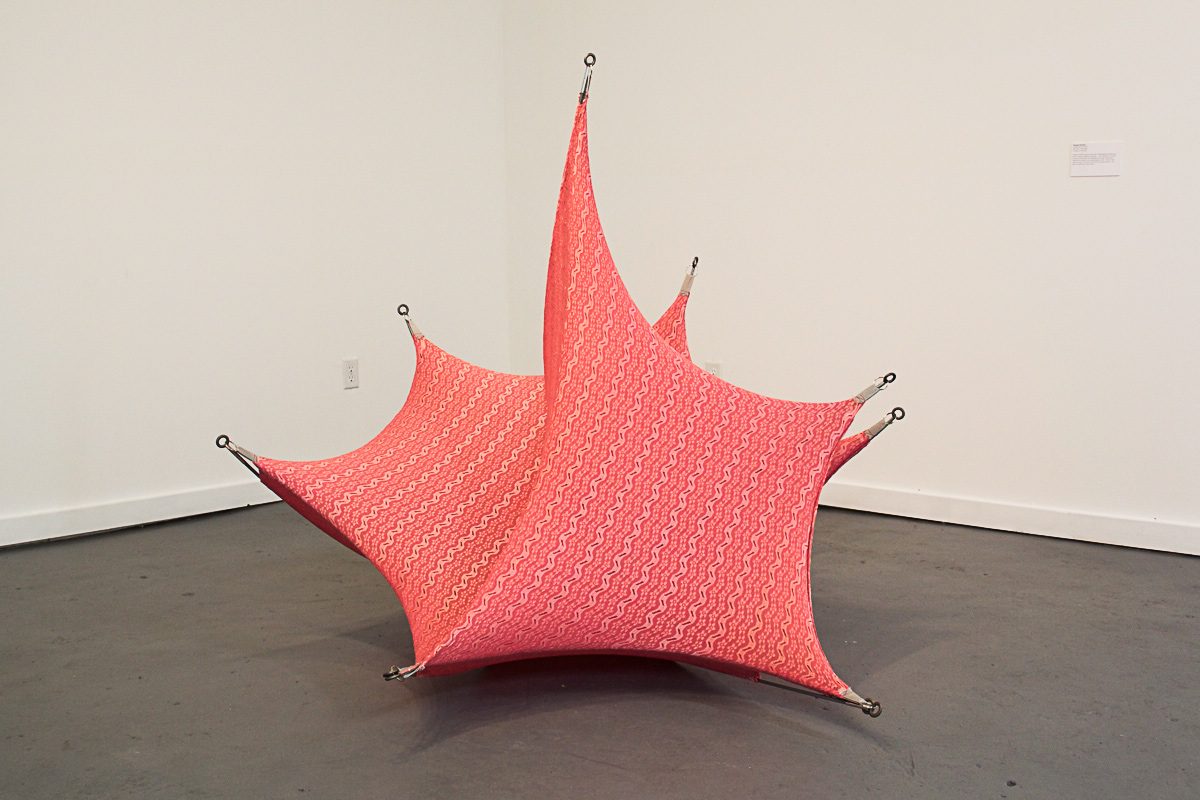 Tents as a running theme are important specifically at this location because in practical purposes they serve as makeshift shelters for the refugee, for the displaced, for the exiled and their repeated inclusion is a conscious one in light of recent history.

Salt Lake’s new CUAC was in fact once known as Ephraim’s Central Utah Art Center. When the non-profit was evicted from their long-time home, a dust storm of legal and artistic debates resulted in months of displacement. Of course, we are again talking about a type of apocalypse here. So clearly the title of the exhibition After the End has little to do with an interest in Mayan predictions but rather makes reference to the loss of the Ephraim community as both site and frame for CUAC.

The larger question emerges then: Can the CUAC relocate? And what is the place of CUAC within its new home in the Salt Lake community?

Pessimistic naysayers have expressed concern regarding the long-term economic sustainability of two contemporary art institutions, CUAC and the Utah Museum of Contemporary Art (UMOCA), residing side by side in the city. These are important questions because economies, as we all know, are fragile things. Yet in the art world, there will always be the haunting whispers in the background of everything, continually shouting “There must be more money,” as in D.H. Lawrence’s Rocking Horse Winner. So, in sum, the concern is not new to the city, to the CUAC or to the field in general.

But I believe that the very presence of CUAC here and now suggests that there is indeed enough room and enough funding. The Salt Lake art world is expanding and expansion means greater possibility for further conversations and a creation of a critical mass that builds momentum through support from the community at large. This support was made very clear by the crowds that arrived to see this new shelter on 2nd and 2nd on a bleak December evening, after the end of the world as the Mayans knew it, there to celebrate and witness a new beginning for CUAC. 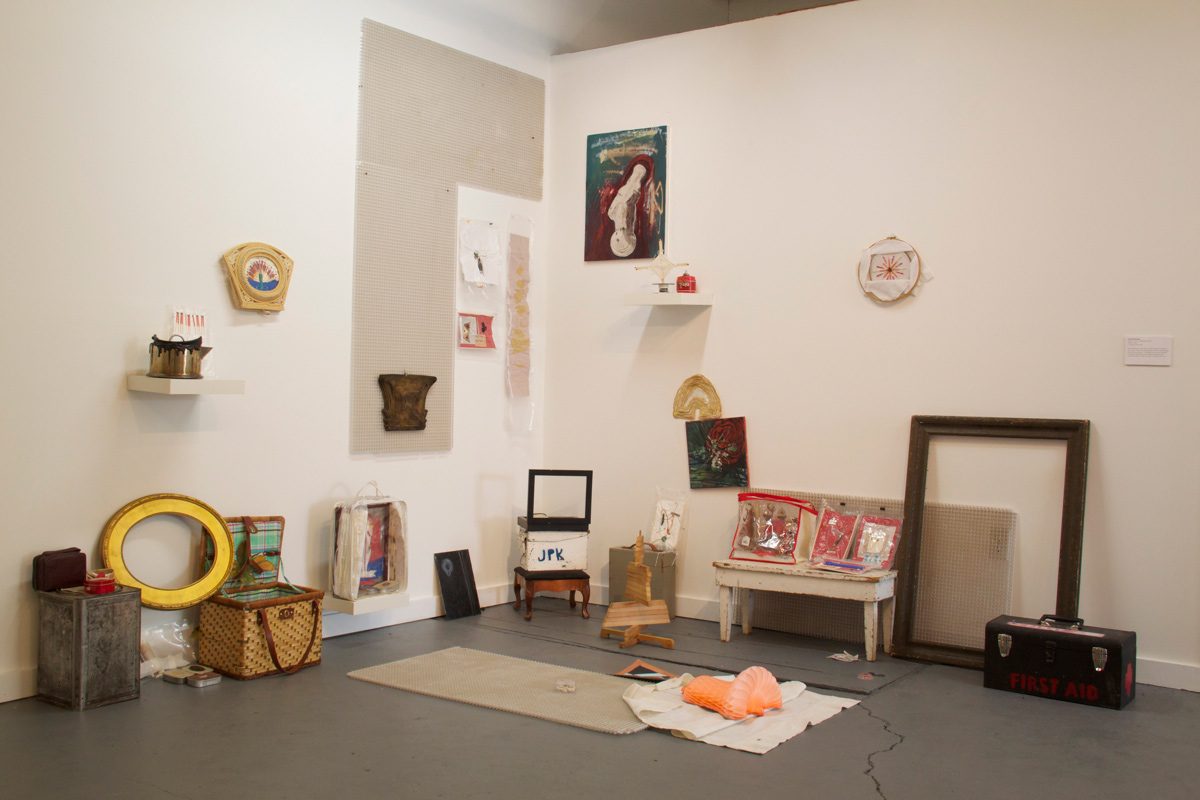