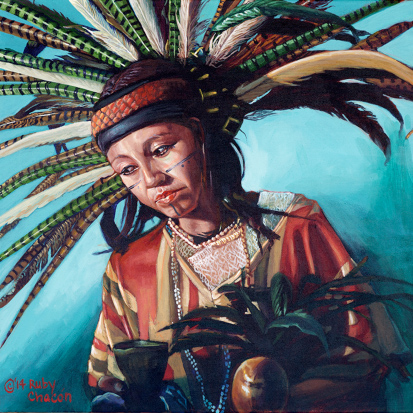 Chacón is showing portraits exploring the spiritual dance form of Mexika Danzante (also known as danza conchera) through multigenerational portraits of women. Traditionally, this form of dance occurs in Chicano/a and Mexican-American communities as an exercise of cultural reclamation of indigenous spiritual traditions with the aim of eliminating European and colonial oppressive thought systems, according to a press release.

Deeb-Sossa, a feminist Chicana researcher who is currently examining how immigrants, as cultural citizens, are negotiating power and resisting practices and policies of inequity in their local communities, uses her camera to highlight how immigrants in the United States claim identity, space, and rights. Deeb-Sossa’s photographs explore how women not only create culture but are also teachers of the culture. 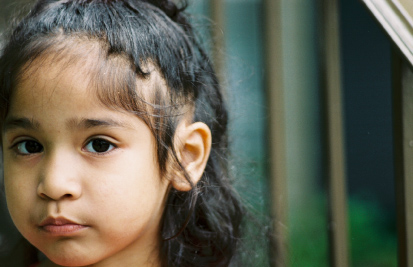 Chacón is a Chicana painter, muralist and community activist from Salt Lake City currently based in Sacramento, Calif.

Deeb-Sossa is an associate professor in the Chicana/o Studies Department at the University of California, Davis. Born and raised in Bogotá, Colombia, she came to the United States in 2005 for graduate school.

Visiting Poet Kara Candito will read at 7 p.m. Feb. 20 at Mestizo from a collection of poems on the struggle of a U.S. citizen and a Mexican citizen to find common space and language while navigating the U.S. immigration system.