[con]text at the UMFA is no joke 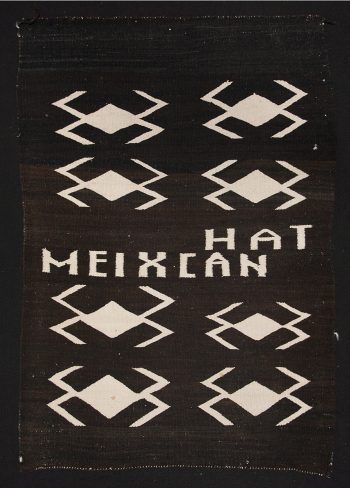 The current exhibition at the Utah Museum of Fine Arts (UMFA) has a deceptive title: [con]text could lead one to believe there is some sort of trickery at work, a deception, a con. But this exhibit is the real deal, an inviting array of linguistic imagery, culled from the museum’s permanent collection that whets one’s appetite for an art seen so infrequently in Utah. Text is a means for artists to bare their souls in a way that visual imagery cannot do on its own and the combination of text and imagery allows so much more for viewers to take away from the museum experience. The history of text and writing is extensive. And significant. Before there was text, there were pictures, before the printing press there was calligraphy, before desktop publishing there was hand-set type. This exhibition draws on all these forms to create a wonderful treat for art lovers in Utah.

One of the beautiful things about small university museums that actually collect art is the stash of objects hidden from the public. We viewers know something is hidden away in boxes and flat files in the museum’s alcoves and it is up to the curators to bring them to light. In [con]text Whitney Tassie satisfies our curiosity. As visitors step into the exhibition, they are immediately greeted by the late John Cage’s layered Plexiglas sculptures titled Not Wanting to Say Anything About Marcel that combine silkscreened fragments of text, portraits and shapes melded together visually to create a layered depth of meaning and storytelling. It is up to the viewer to piece together the words “MAL” with “WAR” “ING” “DR” to come up with a pre-existing narrative or to create a narrative of their own. Created in 1969, these Plexigram sculptures fill the room with meaning, stories and ideas during a time of Letraset type and the plastic fantastic generation of the 1960s and ’70s. The layered sculptures could also be read as musical scores guiding certain musical sounds with bright pink, dark red, and white. The flipping and twisting of the shapes in space might represent the language, dancing or singing as it moves through space/time and is absorbed by the listener/viewer. Although this sculpture was created well after the oldest piece in the show (a Fifth Dynasty 2494 B.C. Egyptian wall relief), Cage’s sculpture provides the roots for the exhibition, establishing the viewers within a realm of textual, artistic history. 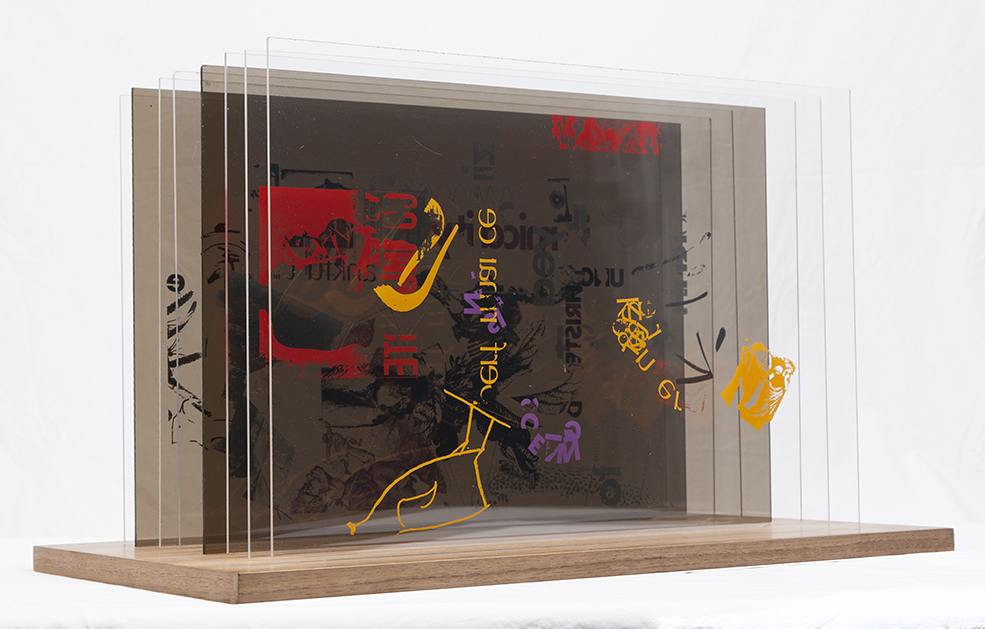 The beginning of an art exhibit sets the tone for the rest of the show, and the photography of Craig Law, former professor of Photography at Utah State University takes us back to the beginning of the Americas, before colonization to the beauty of dream people who live on the walls of The Great Gallery in southern Utah. The storytellers no longer live their daily lives among these images, but their stories remain, carefully painted onto cliffs and brought to the public with the photographic skill of a revered Utah photographer.

Great photography speckles the show and the work of Patrick Nagatani and Bruce Nauman make small but impactful appearances in the exhibition. Nauman’s neon “War/Raw” sign lights up the dark background in his play on words. If you flip the word War you get the word Raw. It is up to the viewer to come connect the meanings of the words. Is War Raw? Or the viewer can say the words out loud, sounding a bit like a lion… either way, the photograph is beautifully executed and the reflective quality makes the image appear as if it might be hanging in the window of a Chinese restaurant, on a darkened city street. Nagatani’s print references the staged work of Japanese archaeologist Ryoichi. “Albuquerque, New Mexico, November 22, 1988 (Ryoichi’s Journal)” is a beautiful photograph of vertical Japanese text taken from an anthropologist’s journal. The pages appear to be smudged with water and bring to mind the journey that Ryoichi had while completing his excavations: did the water come from tears, was the journal dropped into the Rio Grande?

Also from the Southwest is a Navajo blanket with the words “HAT MEIXCAN” woven in black and white amongst a pattern of diamonds and lines. Initially, we read the word Mexican Hat, but there is clearly a misspelling and perhaps a misunderstanding. And Luis Jimenez’s “Sodbuster” is a depiction of hard work, and perhaps the colorful lives of the people who moved to America to work in agriculture, and combines words and imagery that takes us back to the agricultural roots along the Rio Grande.

The wall of Robert Rauschenberg prints guides viewers through the gallery like a dark brooding city night with slight signs of angles and images that haunt the gallery visitors as they study the evolution of text/art. Rauschenberg created these prints of the Surface series from pieces clipped from newspapers and magazines in the 1970s during a time of great American political upheaval. The colors represent not only the idea of text within the medium of newspapers, but is also a stark reminder of the difficulty and challenges facing advocates for social justice in today’s America.

Among the older objects on display are textual works from East and West. Included in this magnificent exhibition are illuminated manuscripts excellently displayed recto/verso. One could spend hours looking at these pages from history and studying their mysterious writing and beautiful illustration. From the other side of the world, a Japanese scroll depicts a twisting and contorted fish with calligraphy that takes us away from the European American tradition of Helvetica and San Serif type created for the press. Japanese calligraphy, which evolved from the Chinese, began as pictogram carvings on bones, and today is one of the most highly revered writing systems in the world. The letters and words are often displayed as art objects in and of themselves. 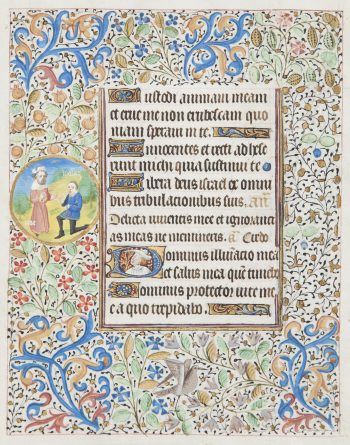 Amazingly, the evolution of the text in this exhibit builds to absolutely stunning prints by Lee Bontecou. This sculptor is known for her twisting and turning sculptures that hang from space like alien ships. To see these translated into etching and Aquatint prints is quite a treat. The Bontecou prints were created in collaboration with Tony Towle and are titled “Fifth Stone, Sixth Stone” in reference to the lithographic process that Bontecou used to inspire these prints three years later. One of the pleasures of text art is that the initial visual quality of the work is accompanied with text that takes time to evolve in cohort with the visual imagery.

At the end of the exhibition we are led to a chalkboard drawing by Willie Cole, who gives us a written description of America through the eyes of a black American, or perhaps the eyes of a student trying to understand the [con]text of his academic training. Words such as “Amazing”, “Monitor”, “Equal” and “Representation” are derived from the word “AMERICA”. These words then become sentences such as “A Marginally Effective Remedy is Equally Approved” As we read these words, we develop a sense of this artist’s interpretation of what American academics is teaching students. It is a grim reminder that education revolves more around ideas such as “interstate” than equality and it is also telling us things that we may have forgotten: the first art student in this country was an African-American slave by the name of Scipio Moorehead in the 1700s.

Do yourself a favor, visit this exhibit and take a short and sweet journey through the history of text in visual art. There is SO much being said you might be surprised to find yourself knocking at the door of the UMFA more than once to enjoy this wonderful exhibit, on display through July 26.

[con]text, curated by Whitney Tassie, is at the Utah Museum of Fine Arts through July 26, 2015.