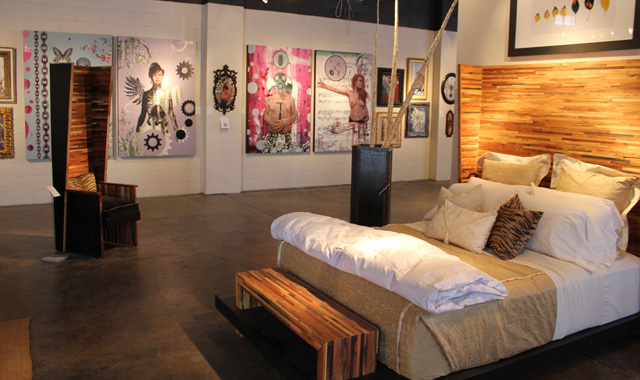 Manhattan has SoHo, San Francisco has SoMa, and if John Harris is right, Concept Gallery is in what will become SoSa. Harris, VP of Operations for Concept, which had its VIP grand opening on February 22, co-founded the new, vibrant gallery with artists Jeffrey Barker and Jeffrey Potts.|2| The space is colorful, fresh, and welcoming.|1| When they initially found the building, the trio felt the location was perfect—a thriving industrial area with an up-and-coming art scene. But the 8,000 square foot space needed some TLC. The three men scrubbed oil out of almost every surface, replaced shattered windows, installed walls, painted floor to ceiling, and created a storefront. At the end of it all, Concept emerged: a unique gallery offering one-of-a-kind, locally handcrafted work. “We had this vision of creating a space where you can show really high-end furnishings, amazing concrete surfaces with tons of inclusions, and really great art,” Harris says.

The unique combination of offerings at Concept is a reflection of the individual talents each founder brings to the gallery. Harris is a self-taught, award-winning photographer. A handful of his lively giclée canvas prints|3| can be seen at the gallery—his energetic use of color adds some pop, and contributes to the palpable sense of fun creativity throughout the space. While Harris promotes his own art, one of his primary interests is in dedicating wall space to local, emerging artists. He does everything from helping them stretch canvas to framing their work.|4| Proof of his commitment to nurturing budding careers was at the grand opening, where sixteen-year-old Ruby Williams had a large collection of her pastel work on display.|5| His generous nature is also apparent in his rescue dog Inka,|6| a timid and beautiful Samoyed who is always at ease when Harris is nearby. He has also offered to allow nonprofit organizations use the space at Concept for fundraisers and other events.

In addition to his passion for art, Harris brings several years of IT and management experience with him to Concept. Born and raised in Utah, Harris began his career in the Navy, where he worked with electronics. He spent a decade in the Bay Area employed in the IT industry and returned to Utah to see the 2002 Winter Olympics. After returning to the Beehive State, Harris made a living as a web designer and later found himself in upper-management for the retail store Sharper Image. He has the distinction of turning one of their least profitable locations into one of the most successful. Harris has a talent for turning businesses and start-up companies into gold—a skill that could help him realize his dream of making Concept one of the most popular destinations in SoSa.

The gallery’s success also lies in offering original work that can’t be seen anywhere else. “I think all three of us are very forward thinking,” Harris says. “There are some retrospective things in here and some things with a vintage feel, but I think we’re right in with the times and maybe just ahead of it.” While much of Harris’s innovation and work happens in the 3,500-square-foot gallery space, Potts and Barker have set up a show in the back, where they craft all of the furniture and concrete pieces on site.

Potts|7| creates all of the concrete work on the showroom floor, including an unexpected black crocodile texture|8| that has the same sheen and exotic elegance of the animal that inspired him. These are his signature “Croc Potts.”|9| His “Tufted Bench”|10| is an update on a classic style: while the tufts appear soft and look like they would easily give to the slightest touch, it’s a clever illusion because the piece is actually solid concrete. “I love that you can sculpt it into anything,” he says of his chosen material. “Whatever you can create a mold out of, you can create it out of concrete.” Pott also specializes in unique countertops. One of his custom orders included fossil inlays created from fossils his client had gathered at a local quarry. “It was truly a work of art, and to this day it’s still one of my favorite pieces,” Potts says. The range of possibilities with concrete can be suited to all tastes from creative inlays to familiar patterns with a twist. One of the tile samples at the gallery has the soft swirls of a paisley print, which is an intriguing contrast to the modern concrete.|11| “The beauty of concrete is that it’s contemporary, but I can do a paisley print and make it fit into a Victorian home,” Potts says.

Potts has only been working with concrete for two years. A craftsman for much of his life, he frequently found himself working on a variety of remodeling projects. When a friend asked for help with a concrete countertop, Potts began to research the material and became increasingly fascinated with it. The medium resonated with him so much that he traveled to Berkeley, CA to study concrete design under renowned master Fu-Tung Cheng and earned a certificate to work with Decorative Fiber Reinforced Concrete (DFRC). The lightweight concrete brings new possibilities to the art form. Potts used the material to create a sconce that appears to weigh 50 pounds and seems to defy gravity by hanging from a spindly line.|12| “You couldn’t do that with regular concrete. It’s hollow and weighs ten pounds but it’s still structurally strong because it’s full of fiber,” Potts says. 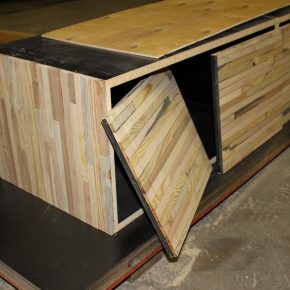 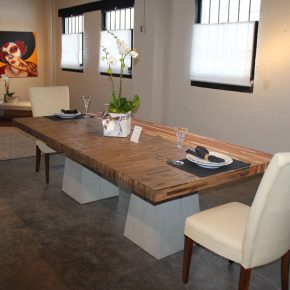 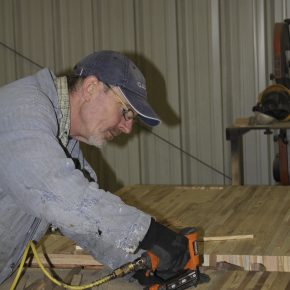 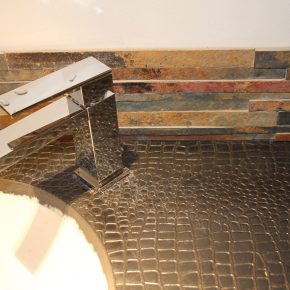 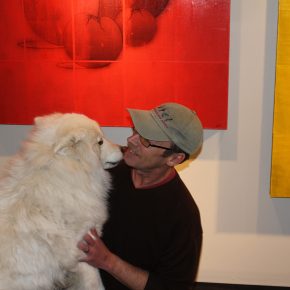 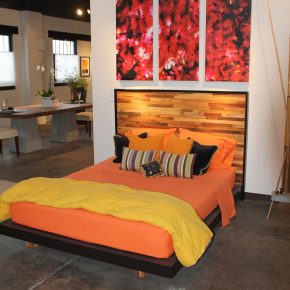 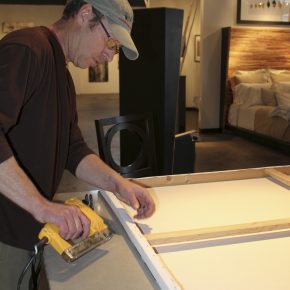 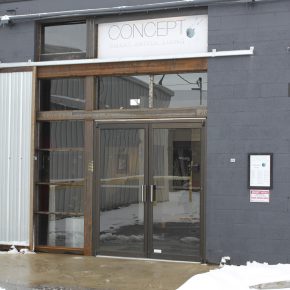 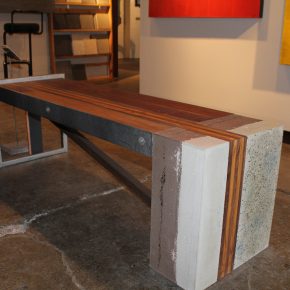 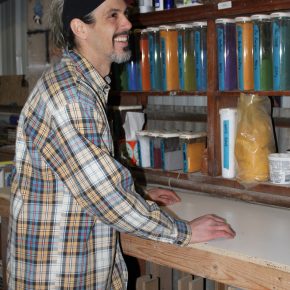 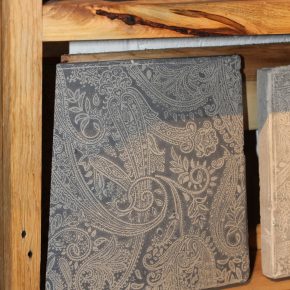 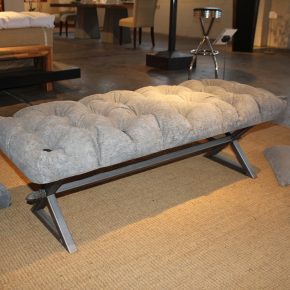 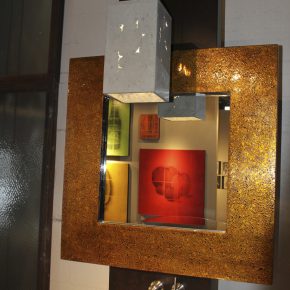 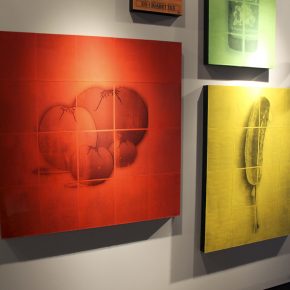 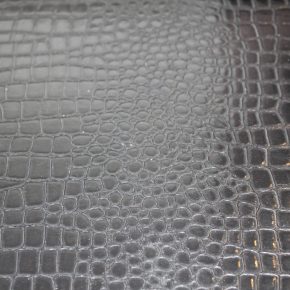 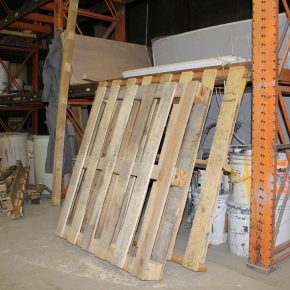 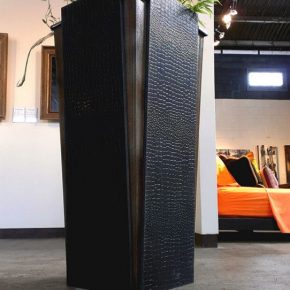 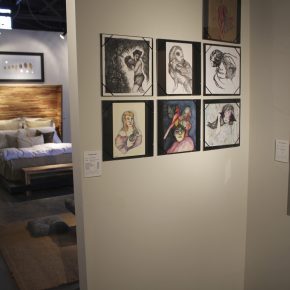 Originally from near Philadelphia, Potts’s first career was in culinary arts. He studied at Le Cordon Bleu in Paris, where he specialized in pastries. After working at a number of restaurants, including The French Laundry in Napa Valley, he found himself in Utah. “I was on my way to New York City, and got a job at Alta working as a pastry chef. That was ten years ago,” he says. When he retired from the restaurant industry to focus on his work as a craftsman, the leap from cooking to concrete wasn’t that far. “Working with concrete is kind of like baking cakes. Mix it all together, put it in a form, and the end result is pretty similar,” he says. By happenstance his shop at the time was in the same area as Barker’s and they began to collaborate on pieces made from wood and concrete.

A few of the pieces at Concept combine the two materials.|13-14| With 35 years of design experience under his belt, Barker reached a point where he wanted the freedom of being his own boss. “It had to happen. And my vision was to put it into gallery form but also incorporate furnishings,” he says. “I’ve spent a lot of time in the designer showrooms in New York, Los Angeles, and San Francisco, and I’ve seen the way they display furniture as art.” This is true of Concept, where the furniture invites curiosity and lingering stares. His labor-intensive wood mosaics|15| embody furniture as art. The elaborate designs catch the eye and one can’t help but move closer to get a better look at the details. Much of the wood he uses is oak, mahogany or walnut that is reclaimed from palettes|16|. He cuts them in to ¾ inch strips before running them through the planer.|17| Then he carefully cuts the strips into individual pieces and arranges them in deceptively simple patterns reminiscent of tile mosaics.|18| He strives to create original designs that people connect with. “I do want people to feel like what they’ve got from me is special and valuable,” Barker says. “I hope people come in and see things they love and they can cherish.”

In keeping with its image as a fresh, original gallery, Concept will frequently have new work on display. At the next Salt Lake Gallery Stroll, expect to see twice as many paintings than they had at the last. The artists who have work hanging in Concept include Anthony Granato, Mark Seeley, Julia Hill, Rachael McKinnie, Ruby Williams, and Harris. New sculpture by Paula Biesinger is also on display. If the energy at Concept, with original works and a vibrant atmosphere, is a sign of things to come then people will soon be saying, “Let’s make a night of it in SoSa.” 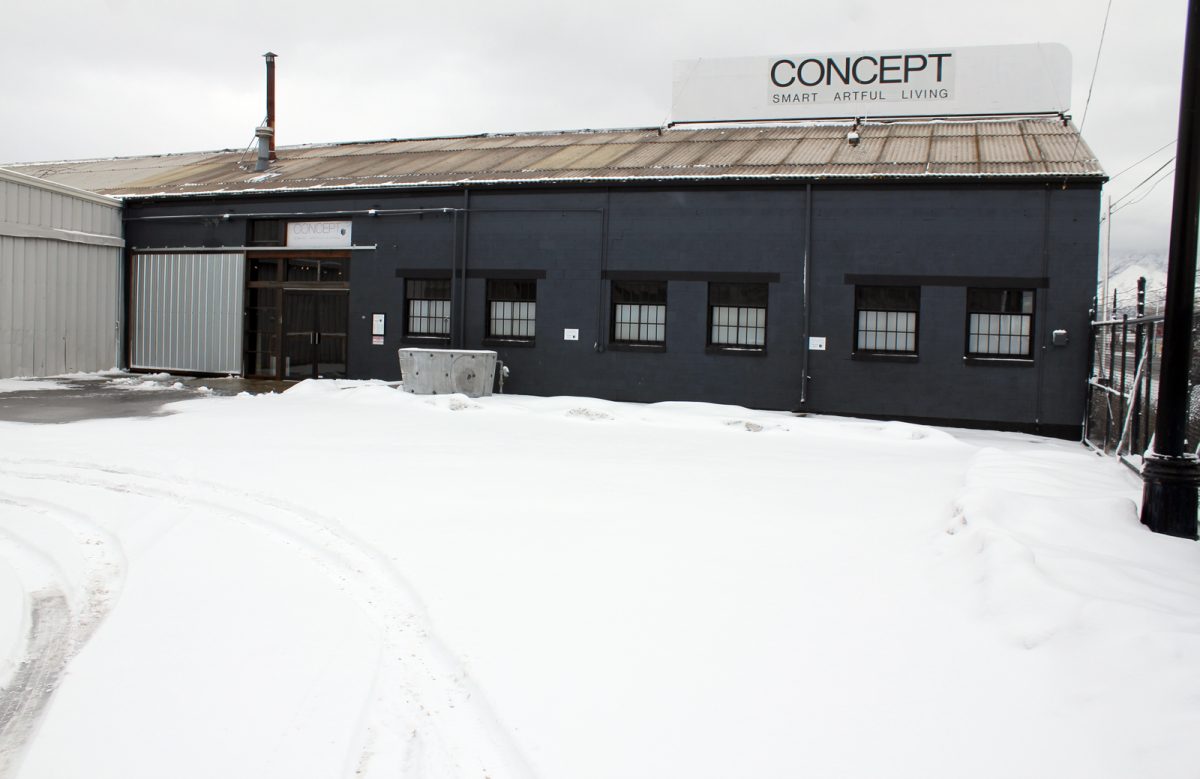 Concept is located at 368 West 900 South. They are open Monday-Saturday from 10am to 6pm. Contact them through their website or by calling 801.541.6900. Additional information can be found on their Facebook Page.