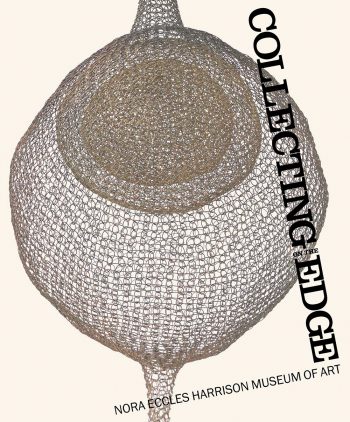 Museum collection catalogs provide one entrée into a museum’s collections and serve as a resource to highlight important works; they also serve to entice readers to visit the museum to experience art firsthand. With a catalog as beautifully produced as Collecting on the Edge: The Nora Eccles Harrison Museum of Art, it is an easy enticement: this is the first major catalog of The Nora Eccles Harrison Museum of Art’s (NEHMA) collection, one that serves an important niche in art found in Western museums.

To write about the catalog requires a few steps, linking architecture, art, and book production. NEHMA reopened in the fall of 2018 after a two-year expansion and renovation project designed by Sparano + Mooney Architecture. The renovation added 7,500 square feet to the existing 23,000, adding new features to the facility and updating interior spaces. NEHMA’s reopening was the ideal time to launch an exhibition from the museum’s collection. Presented in two parts — the first half installed from September through December, the second from January to the end of July — Collecting on the Edge is dedicated to the history of art since 1920, found west of the Mississippi River. Guest curated by Bolton T. Colburn, the exhibit was the result of many discussions held between Colburn, George Wanlass — the collector who gifted/acquired many of the works in the exhibition — and Katie Lee-Koven, NEHMA’s Executive Director & Chief Curator.

Collecting on the Edge brings together work from 172 artists in an attempt to broaden the conversation on “modern and contemporary art created in the American West.” This may be a small number compared to the almost 5,000 works found in the museum’s collection, yet it manages to say to both Utahns and the broader population interested in art: “look at the incredible range and diversity of art, medium, and genres found in the art of the American West.” Through the two-part exhibition and its accompanying catalog, audiences encounter art categorized as abstraction, expressionism, Beat art, conceptual art, and Pop art, along with experimental photography and ceramics. 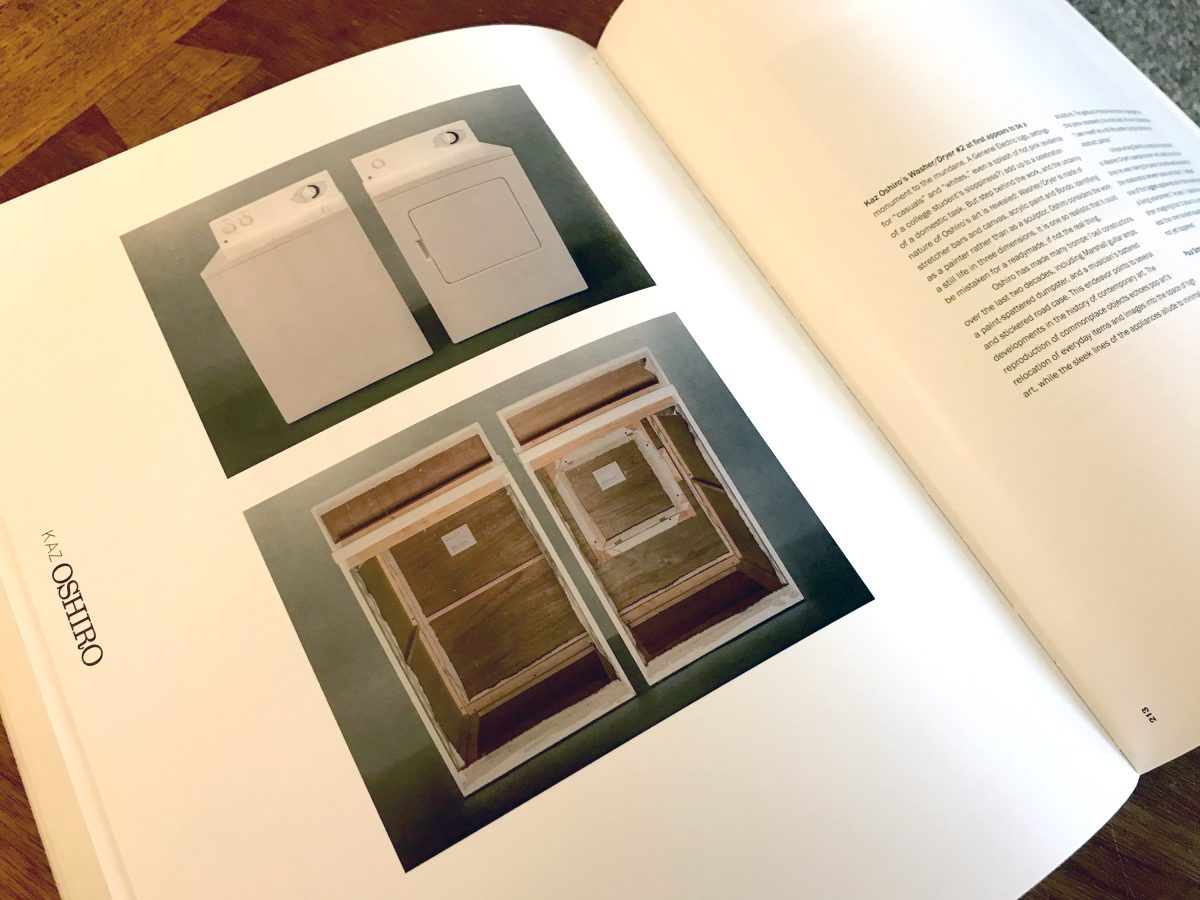 To highlight the expansive visual range of the artworks selected for the exhibition, 81 authors were commissioned to write about the works in short essay format. Accompanying the main body of the catalog are four introductions by university administrators, two essays situating the museum’s collection within the broader history of American art, and an interview with George Wanlass, whose expert eye led to the foundational collection of the museum’s modernist art collection. The interview is an engrossing, frank look into one collector’s experience, one that has served the museum well for over 30 years.

The works included in the exhibition/catalog were amassed by Wanlass, revealing his wide range of interests, collected in a variety of medium and styles, all with a focus on the West. To discover artists as diverse as Ruth Asawa (sculpture, also featured on the catalog’s cover), Scott Grieger (photographs of his performative actions), Noah Purifoy (found materials), and Ed Ruscha (oil on canvas)  is to delve into a world where the unifying message of modernism joins a diversity of artists and their backgrounds, their choice of materials, and their unique, stylistic languages.

The strengths of the catalog are numerous. One color image (very occasionally two images, resulting in 200 color images overall) per artist are included. The printing is crisp and showcases the art in detail. Due to space constraints, writers were asked to provide short (300-word maximum) essays, with no accompanying footnotes. Longer essays would have obviously provided more information on each work, but that’s a small point to make within the larger contribution the catalog affords us both during the run of the exhibition and beyond.

The strengths of the catalog again circle back to the strengths of NEHMA’s collections. Lee-Koven writes that the works in the exhibition “demonstrates that the history of art in the American West has been even more of a force in American art and culture than one might think.” I agree: the very few artists I mention above are a fraction of what the museum offers to Utah State University constituents and the broader population, a view through art that reflects a contemporary West made up of a multitude of views, experiences, and backgrounds. 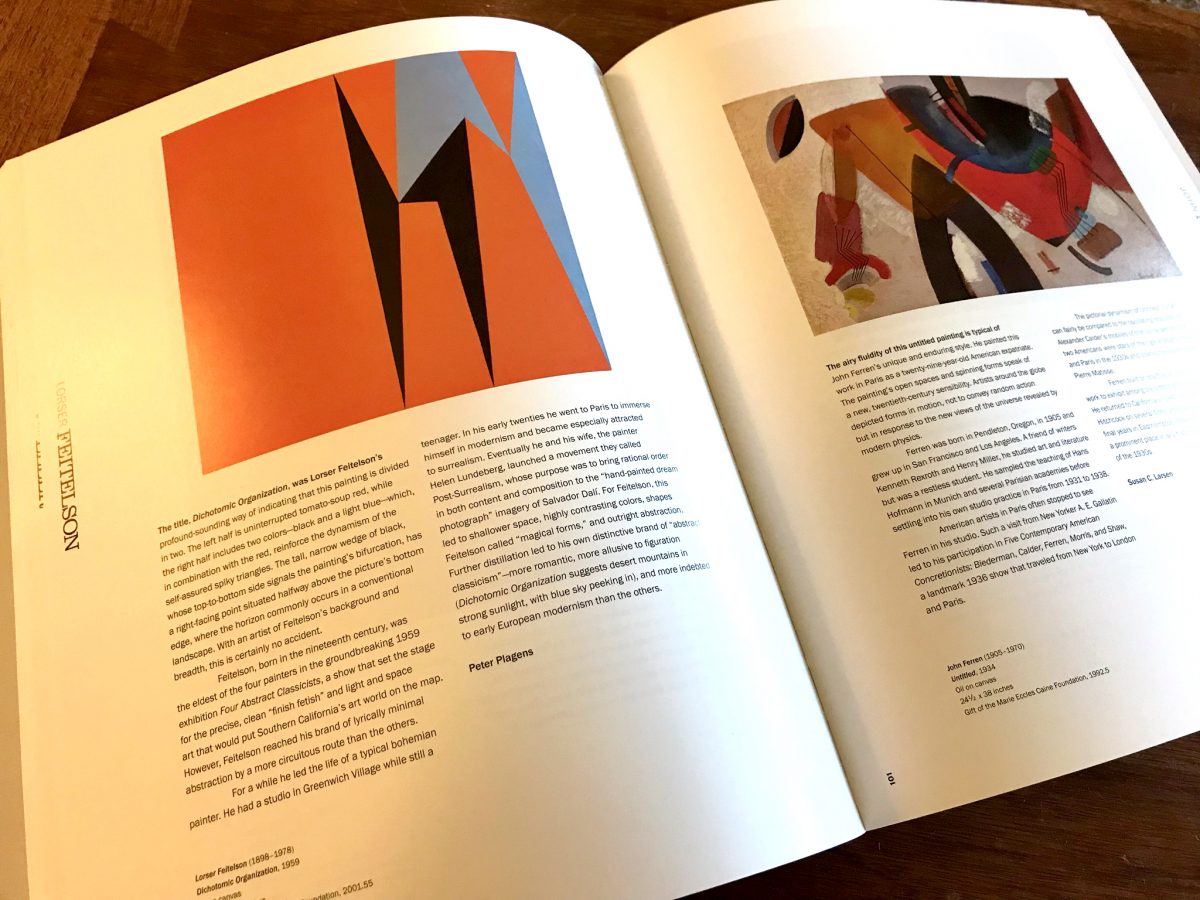