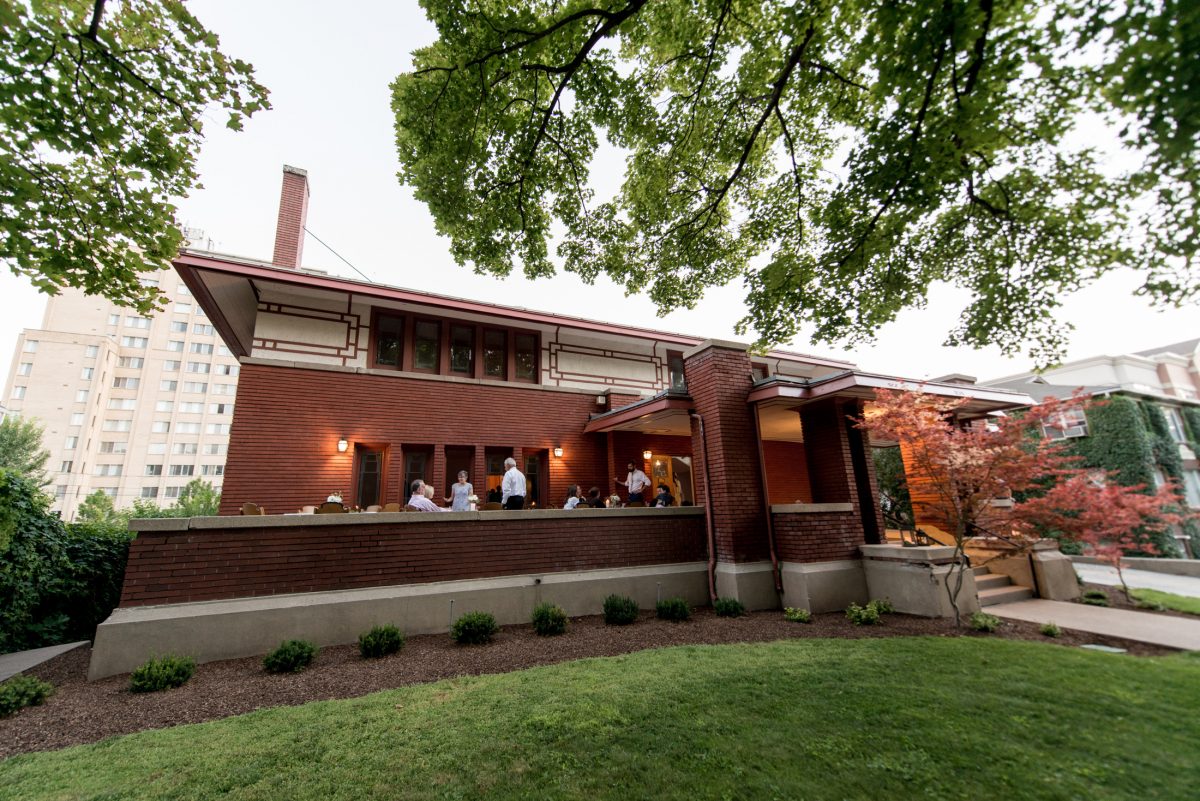 Once a stuffy place for plays, recitals and lectures, Salt Lake City’s Ladies Literary Club recently has become a stylish place for plays, recitals and lectures. Purchased about a year ago by a young and very hip couple who renamed it Clubhouse (to honor its previous incarnation),  the 1913 building has morphed into something decidedly 21st Century — the scene of contemporary dance presentations, film screenings, performance art and lots of other interesting stuff, too.

Located at 850 E. South Temple, this exemplary piece of Prairie School-style architecture was gifted to the Utah Heritage Foundation (now Preservation Utah) by the Ladies Literary Club on its 100th anniversary in 2013 (due to reduced membership ranks, taxes and expensive building upkeep) and later sold to photographer and videographer Dave Brewer and his partner, architectural artist Jessie Jude Gilmore, co-owners of Photo Collective Studios: a group of photography and video artists housed together with other artistic sorts in a warehouse at 561 W. 200 South.

And the purchase has proved an exciting one: “The moment we first walked into ‘the house that the women built’ . . . my heart skipped a beat!” Gilmore says. “The architecture is truly amazing, timeless, elegant and unassuming . . . . The bones [of what she calls ‘this big, old, dinosaur of a building’] do need some long-term love, but already we are seeing layers of age melt away with each project we complete.”

The Ladies Literary Club itself was founded in 1877 “by a small group of forward-thinking women” and divided into sections, the Heritage Foundation website says, “including art, drama, music, literature, history and poetry.” (Doesn’t that sound fascinating?) It was hoped by the ladies, “whose members numbered in the thousands throughout the years,” that their carefully planned building would continue to be used for the same cultural and educational purposes as they had done.

The 1870s Utah literary club still exists in 2017, Gilmore points out, “though numbers are dwindling and meetings are few and far between.”  To allow members the opportunity “to separate their identity from the building,” the space is no longer called the Ladies Literary Club. “In researching the history of the Club we found several references to the “club house,” which to us speaks of the architecture itself and highlights the function for which this building was built. We are honored to share the Clubhouse with a modern-day community and intend to help “club life” resurface as a connecting social practice,” she says.

Gilmore and Brewer value old buildings and rehabbed the warehouse occupied by their own Photo Collective Studios about four years ago.  “We have hosted thousands of photoshoots, events, educational classes, exhibitions, concerts, and dance parties [there],” Brewer says. “We’ve had a lot of fun in Old Greektown and care deeply about the building and neighborhood.”

By early 2016, however, Brewer and Gilmore were ready to expand and the Heritage Foundation ready to sell – terms of the deal undisclosed, but the parties have acknowledged a legal arrangement was made to protect the quality of the property, inside and out, in perpetuity. 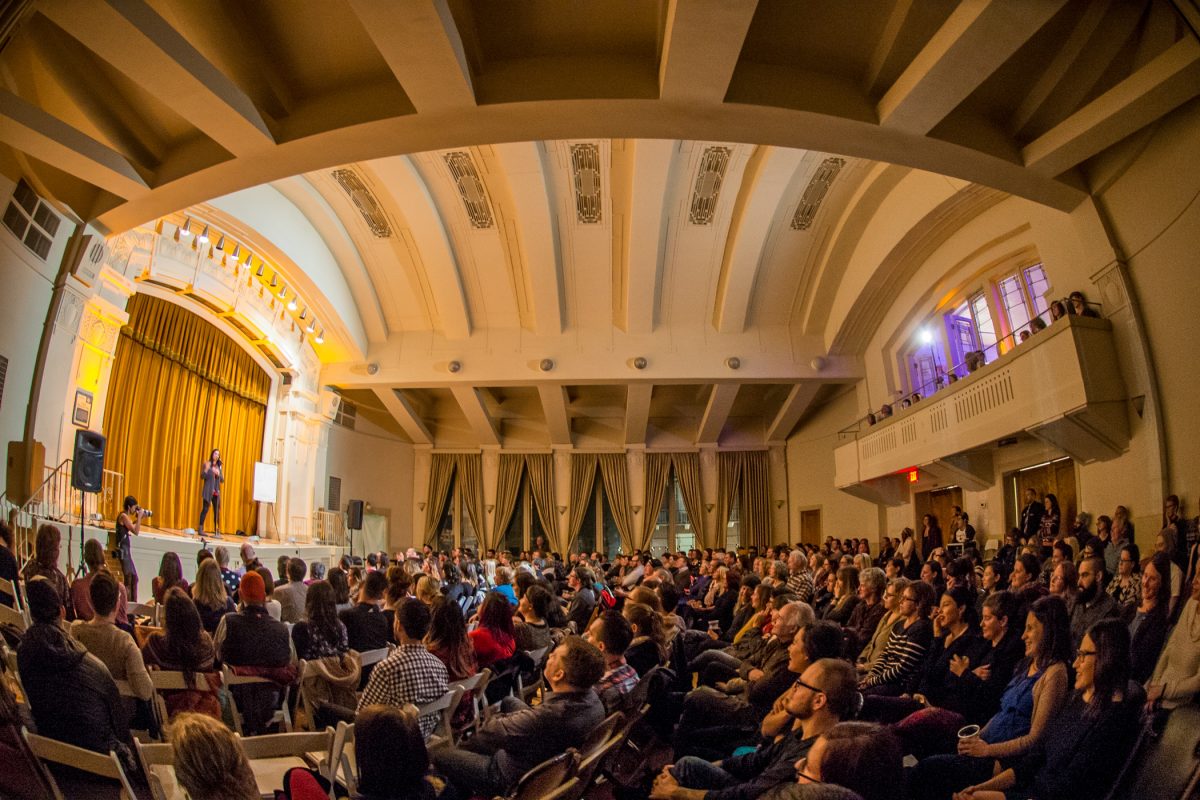 Brewer explains the historic easement as basically creating “a level of mindfulness when considering potential upgrades to the space. The agreement includes, for example, that any current or future owner of the building should not modify certain elements that would change the building’s structural integrity or floor plan. Basically, on the main floor, we are not to knock down any plaster walls (nor would we want to),” he says. But the basement is completely off the historic easement. “Meaning we could (and have plans to) reconfigure sections to meet both our needs as a creative social club, but also the needs of a growing artistic community.”

Photo Collective Studios still offers studio space and events in Old Greektown, but now will be doing most community gatherings and self-produced events from Clubhouse.

Brewer, a professional photographer, videographer and creative director of Photo Collective Studios has been taking pictures since he was in his early teens, “when I first found an instant Polaroid camera in my father’s closet.” His fascination continued through high school, where he discovered the darkroom and during the next decade where he integrated the camera with his passion for snow- and skateboarding, leading to seeing his work published in international snowboard magazines. During the last five years or so, he has pointed his camera at the changing social scene and counterculture of Salt Lake City and also earned his bachelor’s degree in photography and digital imaging at the U in 2010.

Gilmore received a bachelor’s in architecture from the U of U in 2011 and has plans to return for a master’s degree in urban planning. In 2013, she tells us, she designed a Tiny House (on wheels) as a resident artist at The Leonardo. “I definitely take a ‘hands-on’ approach to architecture and am inspired by it as a medium for social change.” She believes that buildings with a hundred years of history “carry a lot of soul”:

[Clubhouse] in particular has a very creative, warm heart, and we feel a duty to protect that source of positive energy. With each event we navigate the sea of spatial feelings and decide if the building is fed by the event, or if the building is depleted by the event. We consider ourselves ‘gatekeepers’ of this powerful space and hope to preserve not only its architecture, but its spirit too.

Frank Lloyd Wright’s designs are most often associated with Prairie School-style architecture: the geometric stained-glass windows; heavy rooflines and horizontal emphasis; elegant detail rather than excessive decoration; a blurring of the line between indoor and outdoor space; and an open, flexible floor plan, explains Gilmore.

Noted Salt Lake City architects Ware & Treganza “used these design elements brilliantly [at the Ladies Literary Club Clubhouse] and hand-drew every detail from the delicate stained-glass windows to the gorgeous proscenium (arch) above the stage. This attention to detail is not something we value in mainstream architecture, as nowadays ‘clean, modern’ design does away with the delicate layers of visual entertainment,” she laments (did I just say “laments”?).

“When we first experienced touring the Clubhouse building,” Brewer says, “we felt the incredible history of the occupants within its walls. We recognized the responsibility to continue to build upon a foundation that was firmly built by powerful women. The Ladies Literary Club organized the first public library in the basement of the City and County Building. They organized the first kindergartens and helped fund art education in public schools. We are advocates of historic preservation, and believe in the energy that exists within an old structure, where generations of people have come before us.” 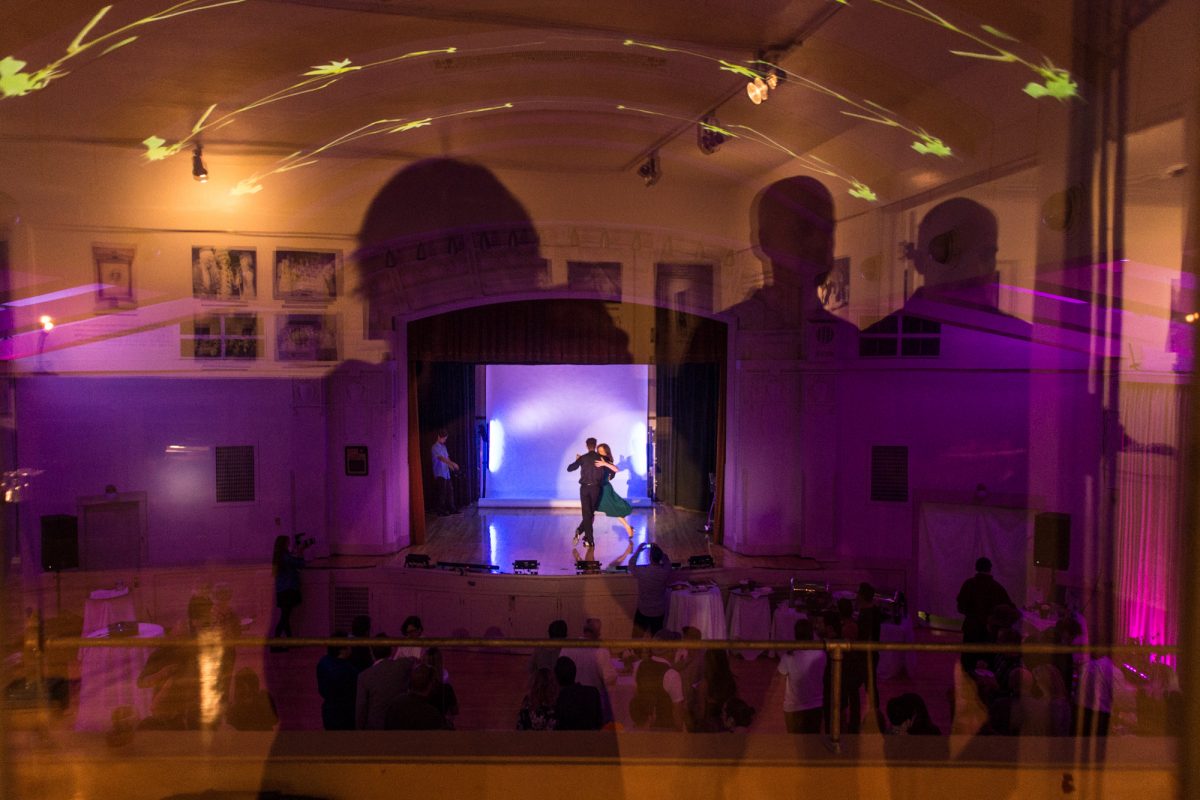 The ladies’ desire for cultural continuity is being met with a millennial twist: Open, for example, a January show by Mo Lynn Glazier, featured live Jazz, dance performances, short films and a Zine release. This event made an impression on Conor Provenzano, who selected the South Temple venue to screen his in-progress 90-minute film, Focused Life, on February 27.
Gilmore first met Provenzano around 2009 when they worked on the same team for a film festival competition. “Over the years I’ve watched Conor dedicate his attention to inspiring projects and am continually amazed by his insight and creative style,” she says. “Conor’s film screening is a perfect example of the types of conversations we want to facilitate with groups who might not have stepped foot into this building otherwise,” Gilmore observes.

The film is part documentary, part film essay about the nature of attention in an age of pervasive distraction, says Provenzano. “It includes a wide array of interesting people – artists; educators; mindfulness practitioners — as well as street interviews with people, asking them about attention and distraction; different kinds of people talking about why attention is important in their life. Each offers a small piece about why attention gives value to our life’s meaning,” he explains.

An exhibit of photographs by Provenzano and Willy Nevins titled There is Always a Witness has been hung upstairs to accompany the filming. Though Clubhouse promises to be a multi-disciplinary space, it retains a core group of photography enthusiasts from the Photo Collective.

“Clubhouse offers photographers and videographers a space to shoot with natural light through the original 1913 stained-glass windows,” Brewer says, as well as other rooms with large windows that provide even light most hours of the day.

In addition to renting the facilities for photo shoots, private and community events “of all shapes and sizes” (for from 50 to 500 people), the couple is working to build a membership platform “where creatives and community builders” can join the club at various subscription levels “to gain access to artistic resources, creative workspace, private events, and discounted rental rates,” Gilmore offers. Watch for that soon, Brewer adds.

“We love hosting passionate movers-and-shakers and will match their efforts as we produce Clubhouse-sponsored evenings of food and drink, music and dance.  We are creating a new social club in Salt Lake City and plan to give the Alta Club some fresh competition”, Gilmore says. 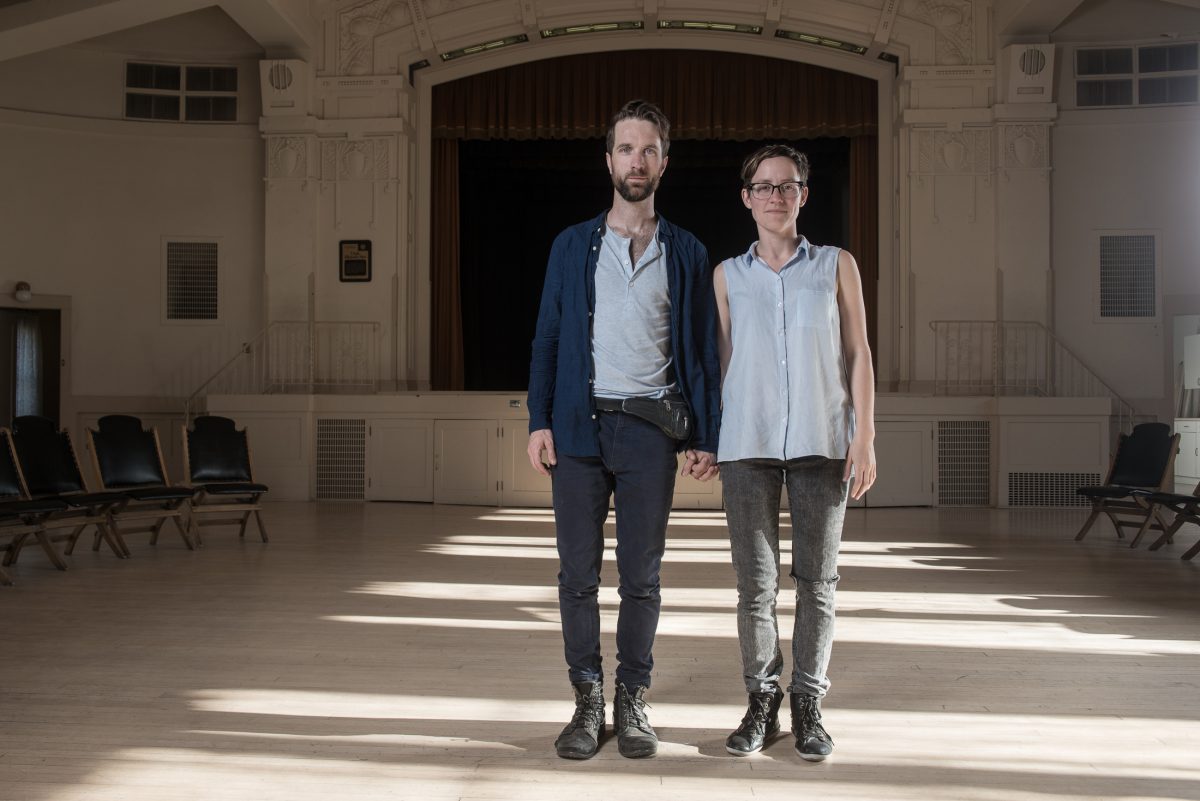