Clouds and Billboards and Other Things That Change: A Review of Rebecca Lindenberg’s “The Logan Notebooks” 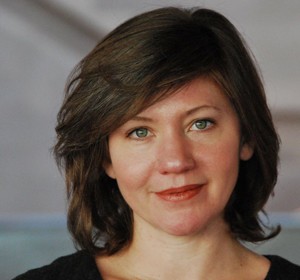 The classic thought experiment, The Ship of Theseus, questions the physical fundamentals of identity. Does a ship that has each of its pieces replaced, the experiment goes, remain the same ship? At what point has the old ship been lost and something new created? This question has been known to keep me up at nights, as my wife can attest to, pondering the nature of identity. A quick Google search confirms that the cells that make up the human body have a finite lifespan, from a few days for sperm cells, a few weeks for skin, while red blood cells last a few months. It seems we mostly keep the cells of the cerebral cortex throughout our life, but the question remains. How do we remain the same person when our bodies, like everything around us, constantly change?

I was reminded of these preoccupations while reading Rebecca Lindenberg’s excellent poetry collection The Logan Notebooks (Center for Literary Publishing, 2014). Lindenberg’s collection is redolent of change, of the changing nature of the world around us, of our relationships to this world and those around us, to our changing identities and the fluidity of language. The consistency of change is introduced in the first line of the first poem of the book, “Clouds.” “Cloud shaped book,” it reads, “opening.” This is followed by a list of clouds shaped like a variety of things from a sphinx, to a steam engine blowing steam, to dancers. The varied images of the poem shift and change, transforming from peacock to dragon to comets and lampshades. The nebulous forms let us know what we are in for; this is a cloud-shaped book. The poems throughout drift, coalesce, contradict and agree. Poems that announce their intentions on one page, reappear with the same title later in the book, in a new form.

An example of this mutability is found in the “Things That Gain By Being Written About.” Among other things, “Clouds and billboards and other things that change” possess, according to the poet, the ability to garner meaning or significance when captured in written language. These images shift, cloud-like, into the next two poems, aptly titled “Billboards,” and “Clouds,” in which the poet examines in greater detail these changeable things. But unlike its predecessor at the beginning of the collection, this new iteration of “Clouds” features the reflections of clouds in everyday objects such as shop windows, cell phone screens, and rear view mirrors. Now we find not clouds, but reflections of clouds.

Like the clouds found throughout, the poems in Lindenberg’s book are ambiguous, ever-shifting things. The collection refers to itself as a notebook, and its loose, informal musings on everything from trips to the supermarket and boyfriends, to the mundane tasks of a teacher, and weekend adventures in the Intermountain West, lend itself the quotidian feel of a diary. But the Notebook also refers to itself as a collection of poems. The poems themselves are difficult to pin down in their form. They range in form between prose poems to open verse reminiscent of e. e. cummings. However, those that look most traditional in their line breaks and stanzas read very much like prose; the closest examples of rhyme and meter in the notebook are found in the prose poems, large blocks of text that take the form of lists, musical in their sentence structure and repetition of common words.

These poems revel in a sense of ambiguity beyond their structure. Like the clouds, meaning often depends on the point of view of the reader. For example, “Different Ways of Speaking,” explores among other things the various pronunciations of the word roof, and regional differences for names of common beverages and insects. “Where I come from,” it says, “a garment is a dress. Where I come from, a temple is where Jews gather on Sabbath.”As a “gentile,” or non-Mormon living in Utah (the book’s title likely refers to Logan in the state of Utah where the poet lived), the poet reflects on the local religious meanings of two common words, meanings that can linguistically separate insiders and outsiders.

Language is ambiguous and fluid.  Words have layers of meaning, revealing the beliefs, culture and geography of the speaker.  Further in the poem come the lines

Our neighbor across the cul-de-sac says something about gays in the military. Only he does not say ‘gays.’

Just as words can have multiple meanings, there are also various ways of expressing the same signified, which reveal the attitudes and biases of the speaker, along with the perceived relationships between the speaker and the signified.

This communication extends to members of different species as well, such as the translations the poet gives of common birdsong in the poem “Birds”:

We hear words in birdcalls. The American Goldfinch says, “Potato chip!” and the Ovenbird pleads, “Teacher! Teacher!” and the Ash-Throated Flycatcher croons, “Tea for two.” The Eastern Meadowlark bids, “See you! See you!” Which just goes to show how words can take an expression of the soul and make it common.

“Poetry,” Lindenberg writes in one of several poems titled “Improvisation,” “is nobody’s native language. Or the only one.”  This suggests that the ambiguity of language does not always end in confusion, but rather creates richness of meaning. There are some things that lose meaning for being written, such as “snow escaping our footsteps,” “pulling out a sweater that still smells of last winter’s perfume,” or “a strange desire to touch embers in the fire pit.” There are other things that gain by being written about like “clouds and billboards and other things that change.” However, the attempt to capture the things that lose meaning creates meaning and captures something that would be lost, ultimately uniting those that lose and those that gain.

My recent preoccupation with identity comes in part from a drastic change in my lifestyle and beliefs over recent years.  Other than a few years spent in Portugal as a Mormon missionary, and a few more at graduate school in southern Virginia, I am a lifelong Utah boy. I was raised in Provo by a good Mormon family, and the worldview of Utah’s predominant religion was mine from an early age. However, as an adult I have replaced many pieces of my old self with new things, bits picked up from books I fell in love with, new experiences and places and people. Nearly gone are the worldview and beliefs I grew up with, forcing me to reexamine my place in a state settled by my religious ancestors.

One answer comes in the last offering of the book, entitled “Fires.” This poem is book-ended at the far side of “Clouds,” because what is a flame but a type of cloud? We find a list of fires the poet has made, fires kindled by people she loves, and fires that change not only their own form, but the landscape and objects around them. In the last stanza of the poem, the poet reflects on the controlled brush fires common around large roads in the west. “They do this periodically,” she says, “to keep conditions from becoming catastrophic, to make room for some new not-yet-thought-of thing.” Change, the lines suggest, can be catastrophic. The very nature of the world around us is often violently transformed. But not only is change inevitable, it brings about new things to replace the old, the worn, and the broken. In the words of T. S. Eliot, quoted earlier in the poem, “To be redeemed from fire by fire.” Our redemption from the changes of life, it seems, is change. 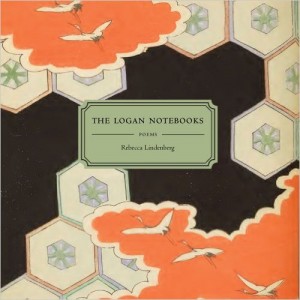 Rebecca Lindenberg earned a BA from the College of William & Mary and a PhD in literature and creative writing from the University of Utah. Her essays and criticism have appeared widely, and she has been a guest blogger for the Best American Poetry Blog. Her collection of poetry, Love, An Index (2012), focuses on her relationship with her partner, the poet Craig Arnold; Terrance Hayes described the poems as a “litany of losses and retrievals” that “remake the elegy form.”