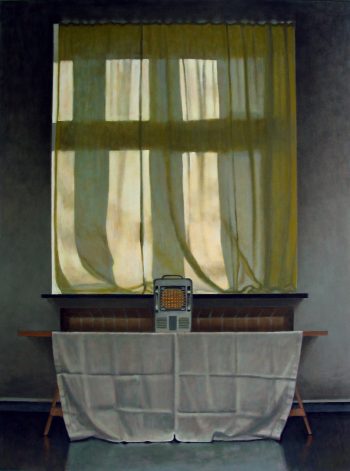 Utah State University art professor Christopher Terry is exhibiting a new body of work this month at the University’s Studio 102 Gallery. Executed while the artist was on a year-long sabbatical in Essen, Germany, these paintings are filled with Terry’s iconic interior settings — open spaces centered around simple still-life compositions and devoted to the artist’s true subject: light.

Terry, a native of New England who studied at Rhode Island College and the University of Wisconsin, has been in Cache Valley for over twenty years. He enjoys life in Logan, where he can get to almost everything on his bike. He makes yearly migrations to Rhode Island to assuage his longing for the ocean, and while he enjoys Logan’s beautiful setting he admits that sometimes he longs for a more urban setting. So given the opportunity to take the 2008-2009 school year off he decided to spend his time in one of Germany’s larger cities.

Terry has been to Germany twice before, both times as a Fulbright scholar. While he was living in California Terry had met Rudolf Knubel, and the two artists struck up a friendship. When Terry received his first Fulbright Knubel helped get him a Visiting Professor position at the University of Essen. For his sabbatical Terry returned to Essen, where he rented a 75 square meter studio that was a classroom in a former grammar school. In this large space, akin to many of his paintings, he set up his materials and began painting. Some of these were exhibited in Germany, and a few were sent to a gallery in North Carolina, but the remainder were rolled up and shipped back to Logan, where they have been restretched and unveiled for the Studio 102 exhibit.

Light is the force that animates and fills every surface in Terry’s paintings, giving life to the polished floors and weathered baseboards as much as to the folds of cloth and mundane objects that make up his still lifes. Terry takes every-day objects and places them on a “stage,” generally a table, fully covered by a long white tablecloth, in large empty rooms with an abundance of molding. In many of his works the still-life objects are so small as to be inconsequential so the “stage” that surrounds them becomes equally important. His light enlivens every surface, giving the paintings their sense of calm. But that same democratic light makes every abstract shape in the composition equally important, building up a slow, persistent sense of expectation.

Terry’s paintings do not differ in dramatic ways. Like Bach, in his “Art of the Fugue,” Terry creates a series of variations based on an established range of elements, rearranging, amplifying and shifting tones in each of his works. These insistent variations build for themselves a deep and broad resonance, where a slight shift in perspective or the introduction of a sloping roof can be enough to separate one movement from the next. As in Bach’s work, the variations are more striking precisely because of the relationships of between them and because of their collective majesty. 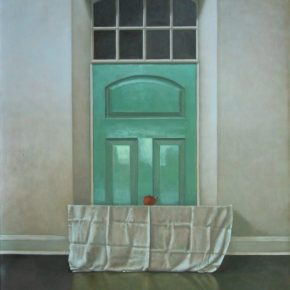 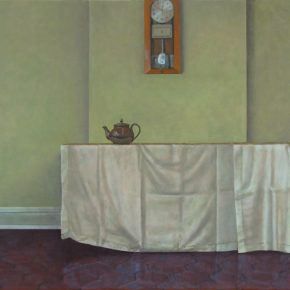 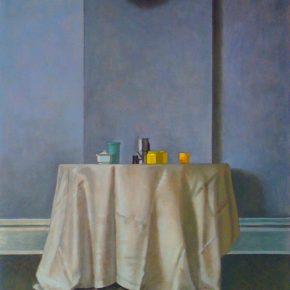 Terry is frequently labeled a “realist,” a sloppy and broadstroke critical assessment often applied to any artist who still paints objects as they appear, with little distortion. His surfaces and objects are delicately rendered, but the artist does not spend hours before his subject, nor is his aim to re-present the object. Terry says his work “is based as much on memory and invention as it is on direct observation.” The artist uses a variety of methods — direct observation, photographs and 3D models — to create his compositions. He says that in the end his paintings are for the most part “made up.” Which is what gives his “secular altars” their idealized, dreamlike quality, an effect that makes the entire painting seem to float in a pool of light.

This quality is only achieved by a life-long devotion to painting. The act of painting is essential to Terry, who remarks that if he weren’t able to paint he would probably give up being a visual artist altogether. As a teacher he endeavors to explain the physical process of painting, even when this can be difficult to put in words. “It’s virtually impossible to explain [viscosity] verbally,” he writes in his blog, which he began in Germany and his continued since his return. “If the paint has the right viscosity, it’s easy to make it do what you want. If the viscosity is wrong, you can forget it.” Terry realizes his “willingness to deal unashamedly with the mechanics of painting” sets him apart from much of contemporary art and many of his the more conceptual or theory-minded teachers — “the kind of people who never miss an opportunity to use the word ‘reference’ as a verb,” he writes, in the same blog entry.

Read the blog and you’ll learn a lot about German culture and the types of movies Chris Terry likes to watch in his spare time. But you’ll find little about his painting for the past year. When you are professor, bogged down by a heavy teaching load, and finally have a chance to do nothing but paint, there’s little need to write about it. If you want to see what he has to say about his painting you’ll have to read the report now hanging on the walls of Studio 102. 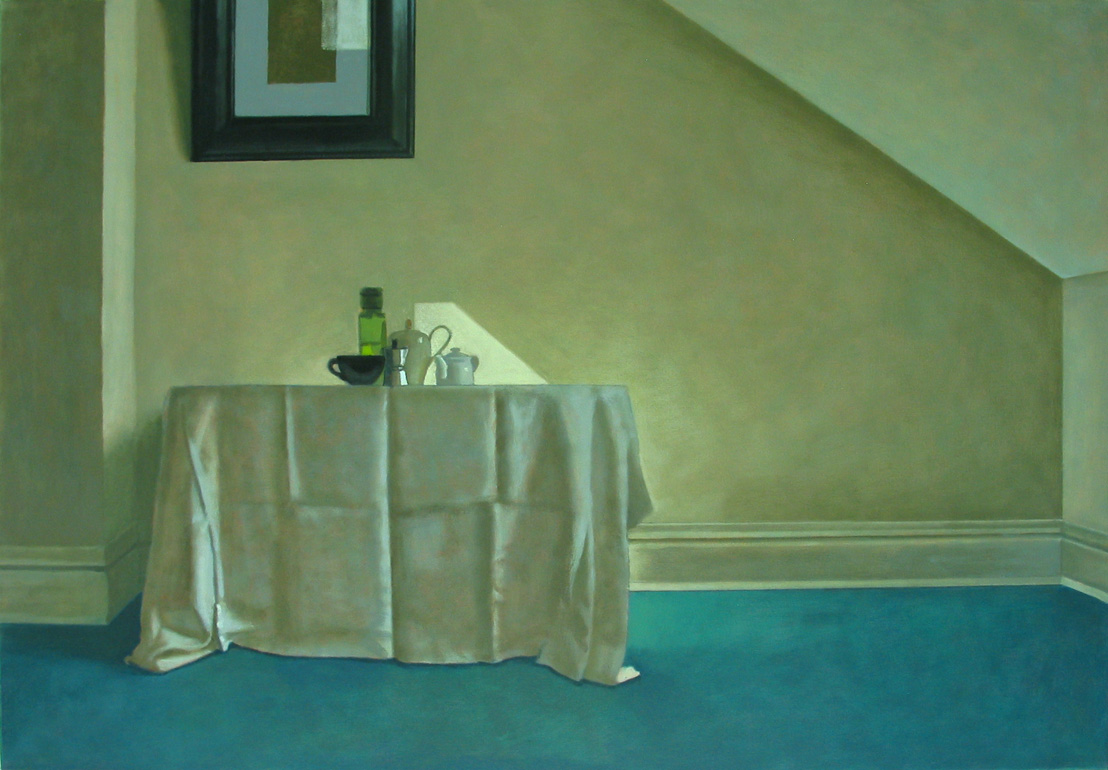 Chris Terry: Paintings from Germany is at the Studio 102 Gallery through January 22.