Christine Atkinson’s Work Digs to the Roots of the Problem 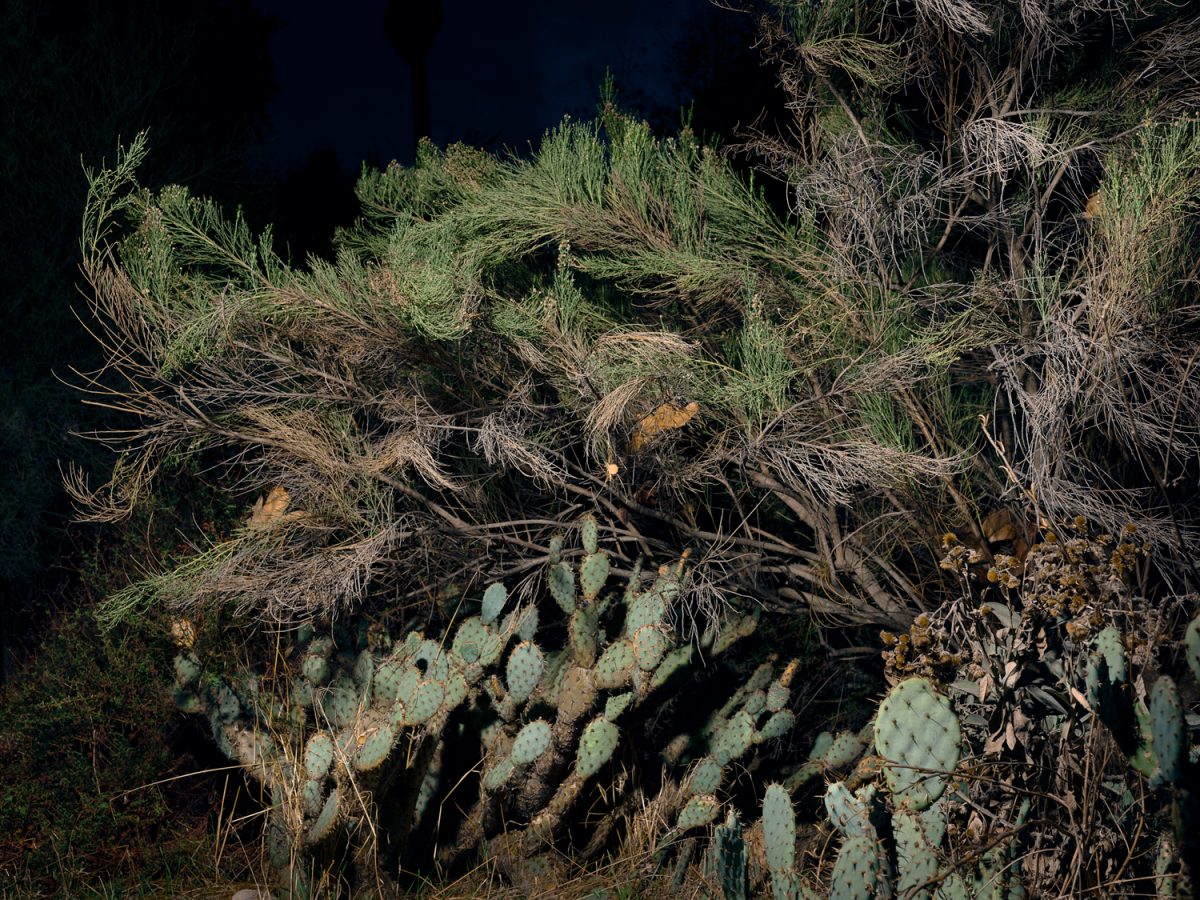 Are We Here For Ourselves Alone? With this question, artist Christine Atkinson introduces a new, holistic way to looking at our environmental predicament, one that asks how we got to this dire point by asking us to consider where we went wrong in the first place, and arguably continue to get it wrong.

We have many words that describe the processes and results of combining materials to make something new. “Concretion” gives us “concrete,” an undeniably useful material that is so durable that things made with it, like the Roman Colosseum, are still around thousands of years later. Not only our physical world, but much of our culture today has been “synthesized,” assembled from parts that may not always fit comfortably together. Christine Atkinson has created a new material, a shiny, black, anti-gem stone, from a combination of modern resins, salt, and the ashes and other byproducts of forest fires. She calls the results “Fragmentation,” a term that does not imply accretion at all, but quite the opposite. Perhaps her name simply acknowledges that human products too often detract, take away from, rather than augment, our world. They remove not only their raw materials, but the space they end up occupying. No need to imagine a world paved over with such materials, nature disappearing under concrete, asphalt, the products of fragmentation. This is the demise of nature we are experiencing every day. 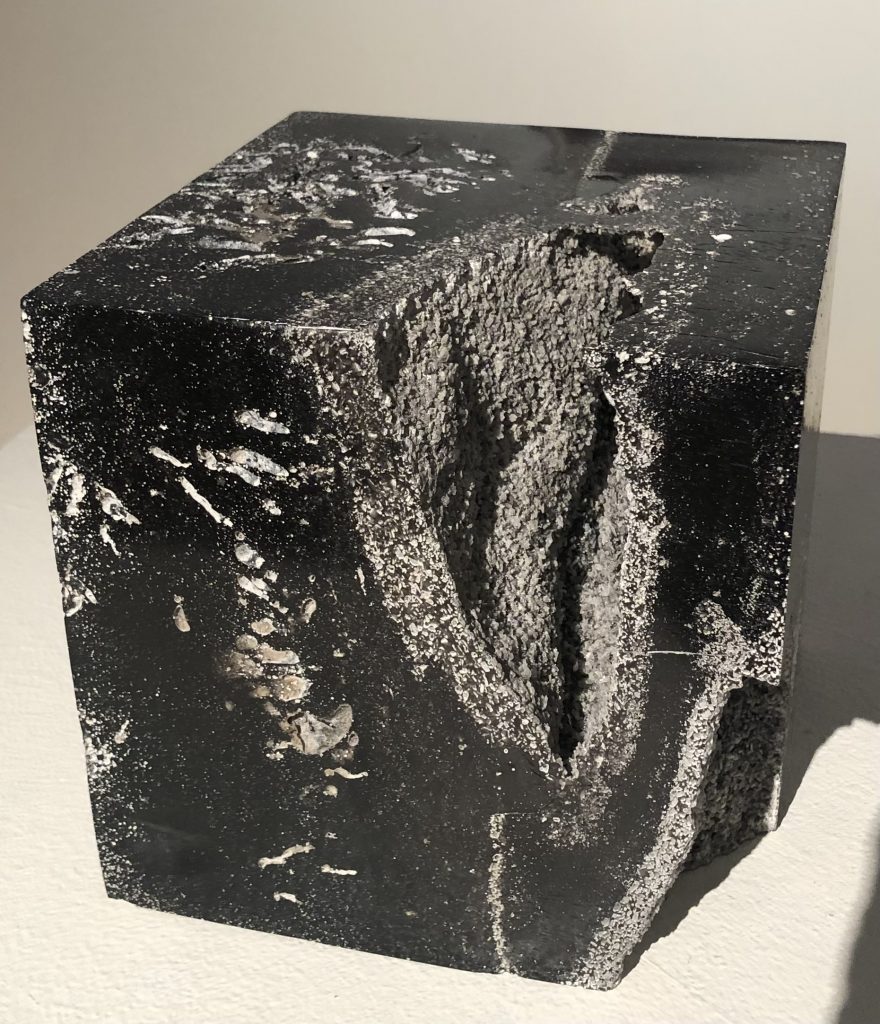 Atkinson argues, however, that there is a more subtle kind of error destroying nature: one of cognitive misunderstanding, or mislabeling. She points to errors like bringing plants from one climate to another, such as plains grass and jungle foliage to the desert, where they cannot live without constant human intervention. And when she asks, in the title of this expansive installation at Bountiful Davis Art Center, “Are we here for ourselves alone,” “we . . . ourselves” clearly refers to the human species. We are certainly not taking care of our companion species, the plant and animal lives that mutually support us, any more than when we leave a child in a car on a hot day. Her question is rhetorical, in a way, because we cannot survive alone on a planet, the countless creatures of which collectively enabled our evolution to this point and are essential to its continuation. Yet humanity — one can hardly say “humankind” at this point — seems to be in part predisposed to pursuits that can only lead to making our planet, our sole home, uninhabitable, and partly unable to rouse itself to take the necessary measures to make possible an alternate future: one where we once again assume our proper place as members of a working biological community.

From time to time someone, usually some would-be savior, comes forward and proposes a solution to the problem. These solutions arrive on our collective doorstep already moribund, of course. How can we hope to agree with a solution when we don’t yet agree on the problem? In her photography, object-making, and installations, Atkinson has taken a step back, approaching our predicament in the only way it can be approached: directly identifying what has gone wrong, in part by juxtaposing it alongside examples of what it looks like when things go right. One can only hope is that if we grasp the problem, solutions will be found by the individuals and small groups who alone can bring them about. 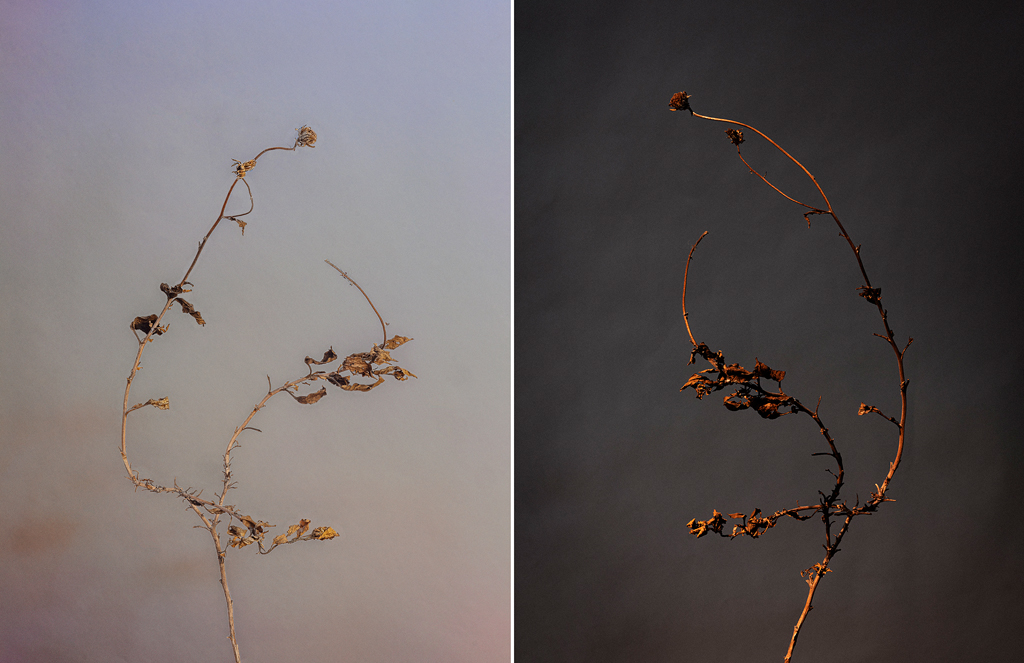 While the “Fragmentations” are graphic representations of the catastrophic failure of a system that was once unified and cohesive, overall they only punctuate Atkinson’s larger lesson, her sermon presenting the alternative. This takes the form of large images drawn from places she has visited where the natural order still thrives. Many, but not all, are photographs taken at night, using strobes or other light sources in compositions that literally foreground and celebrate botanical examples, individuals and small communities, without removing them from their vital contexts. Seeing them where they belong, without human intervention or distortion, allows us to witness the beauty and harmony they create in their communities. It’s not a romantic view, not a rose-tinted fantasy, but instead a revelation of some places where real world events like fires, floods, and competition among living things take place on the order of magnitude those plants and their unseen animal companions evolved with, according to knowledge impressed into their DNA.

Entering the installation, one first passes among some monumental foliage, such as hotels and corporate enterprises might import in search of a particular image. They’re quite impressive, and of course they’re quite dead, something other than any of the impressions they are manipulated to create. Beyond them, one wanders among views of wild places like Antelope Island State Park, and thoughtful alternatives like the Arlington Gardens, Pasadena’s climate-appropriate, habitat-aware public space. One bas relief exquisitely acknowledges Andy Goldsworthy’s contribution to our belated vision of the natural world. Eventually, viewers will return to where they began and perhaps, as T.S.Eliot famously wrote, see it for the first time. 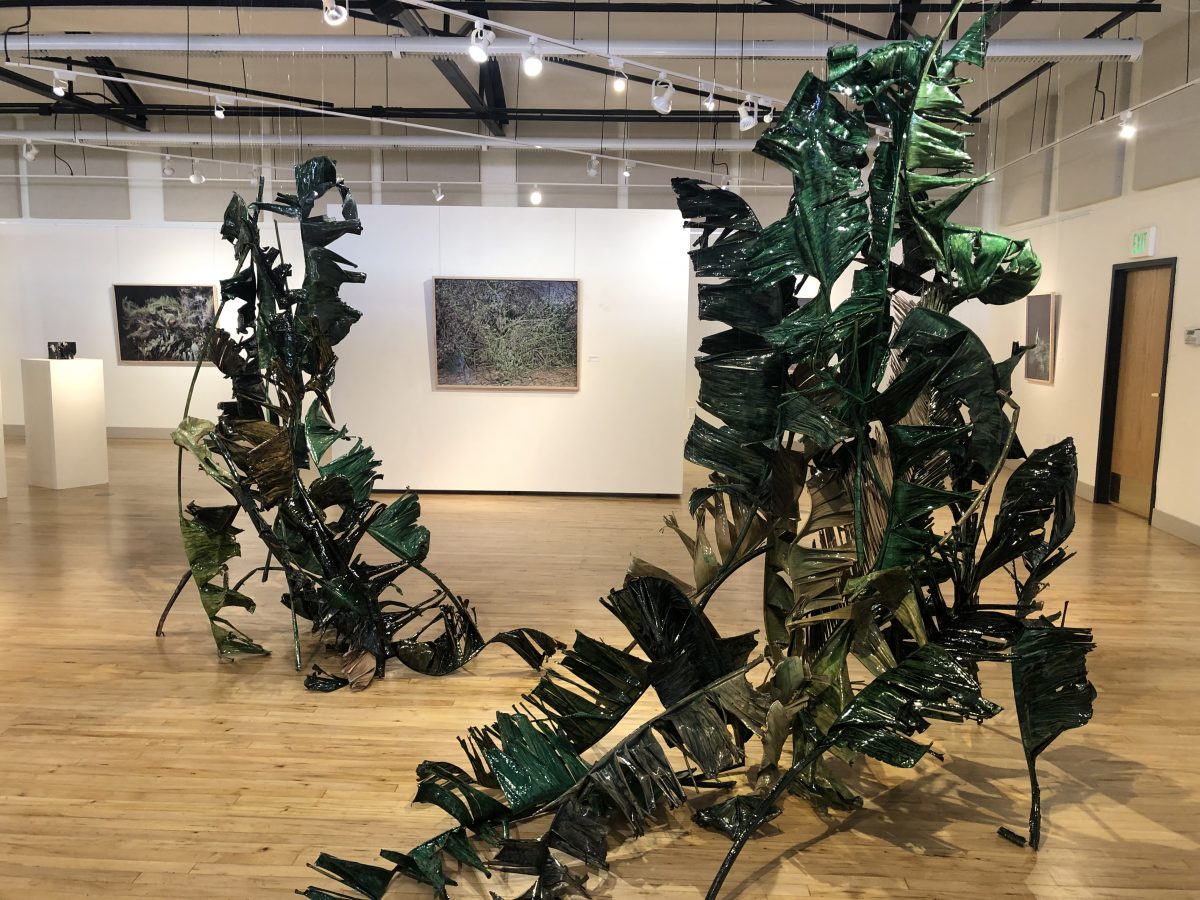