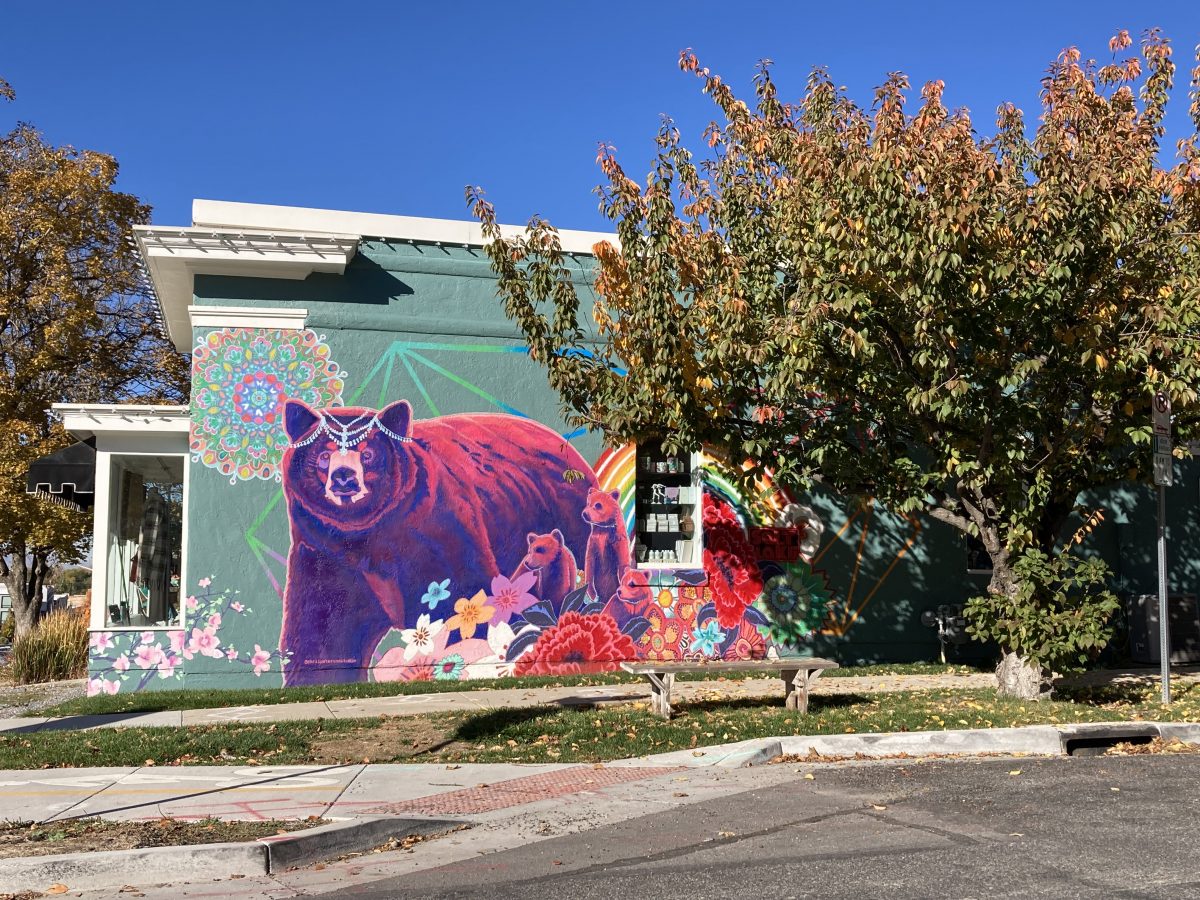 Chris Peterson has a studio in Holladay, but his mural practice has taken him all across the Salt Lake Valley and further afield in the American West. As part of Visit Salt Lake’s “West of Conventional” campaign, Peterson recently completed a mural on the east side of the Hip & Humble building (1043 E 900 S, Salt Lake City) in Salt Lake City’s 9th & 9th neighborhood.

Dominated by a palette of secondary colors, the mural depicts a large mother bear with a glittering crown. On his instagram account, Peterson writes that Queen Ursa “embodies the feminist ideals of power, fierceness and resilience while holding her feminine beauty and maternal strength close.” The bear is protecting a den of three cubs, nestled in a collage of flowers from around the world — “the very fabric of women solidarity,” as Peterson writes. A rainbow stretches from the den to a small read sign that reads “Salt Lake.”