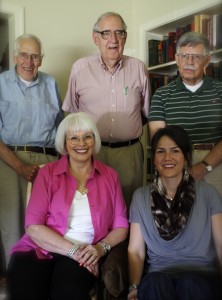 It was a dark and stormy night
The Chamber Music Society of Salt Lake City was born at a Halloween party in the fall of 1966. Some friends had gathered in the Avenues and founding member Gale Dick recalls discussing chamber music with another guest at the party. Dick had just arrived in Utah from the University of Illinois and Bernadette Velick had recently moved from St. Louis. Both missed the chamber music concerts they found to be prevalent elsewhere and began discussing the possibility of bringing professional chamber ensembles to Salt Lake. . .

Read the article in the October 2011 edition of 15 Bytes.