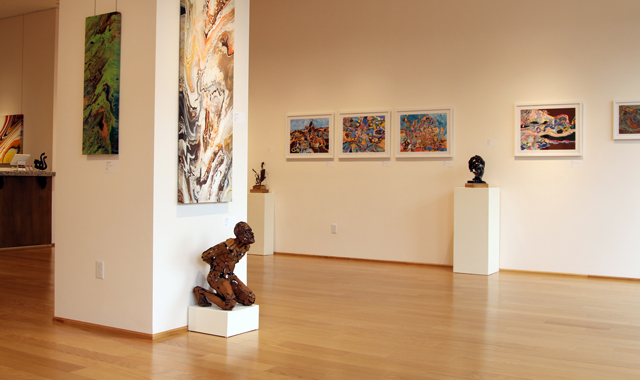 In March of this year ground was broken for the Beverley Taylor Sorenson Center for the Arts on the campus of Southern Utah University. Adorned with a tree-lined walkway and sculpture gardens, the center will serve as home to the Utah Shakespeare Festival’s new outdoor theatre as well as its new studio theatre, an artistic/production building for the Festival, and the Southern Utah Museum of Art (SUMA). Supporters are banking that the $30 million project will help establish Cedar City as an arts mecca. It’s a bet Dries Bredenkamp, owner of Cedar City’s new Gallery Gala, is also willing to make.

Though Gallery Gala opened last November, its genesis began years before, when Bredenkamp was invited to hike the color country of southern Utah. The South African native was then working for PricewaterhouseCoopers in Los Angeles, the latest in a series of metropolitan stopovers that included Paris, New York, Singapore and San Francisco. He figured the excursion would be one more item scratched off his “bucket list.” But coming down the Virigin River Gorge was a far more transformative experience than he had anticipated. He was astounded by the glorious scenery, quickly made friends in the area and was soon renting a vacation home in Kanarraville. Southern Utah became his “breath of fresh air,” a retreat from the “rat race” in L.A..

That air became increasingly addictive and two years ago Bredenkamp decided to step out of corporate America and strike out on his own. Mergers and Acquisitions may have been his profession, but, “art has always been my passion,” he says. His mother was involved in a variety of creative projects, his father was a professional oil painter, and in his home “creativity was honored above all.” Throughout his professional career, Bredenkamp says he developed relationships in his local art communities as much as in the business communities. 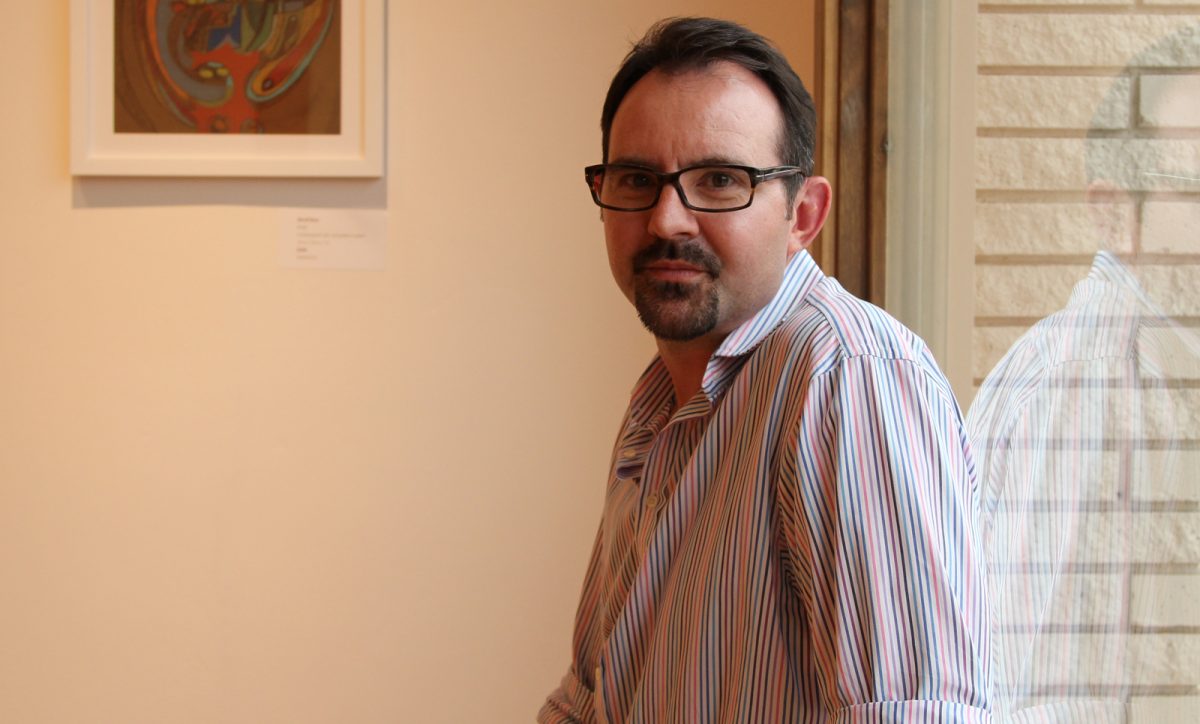 His combination of passion and business acumen is evident in his demeanor as he explains his desire to open the gallery, his 3-year business plan, and his philosophy on art and business.

“I think that any business owner that is not willing to assume some form of risk shouldn’t have a business,” he explains. “But it should be calculated risk.” Part of that calculation was his desire to open a gallery of non-representational art in a traditionally conservative market. “It is a risk to focus on a genre or a style of artists that the region is not known for, so focusing on modern contemporary and non-represetational as a business in an area where you would mostly expect landscape and realism is something different . . . But I wanted to be different. I wanted to be true to myself. I wanted to be doing something that came naturally to me from an art appreciation perspective.”

On Cedar City’s Center Street, Bredenkamp has transformed a former tire store into a clean, contemporary space, with a gallery in the front and offices and workrooms in the back. “I wanted to bring a specific style, look and feel to Cedar City,” he says. It was important for him to be in downtown, the old downtown. “I wanted to bring a little bit of a modern twist to [downtown], without going against it. A healthy mix of the old and the new.” 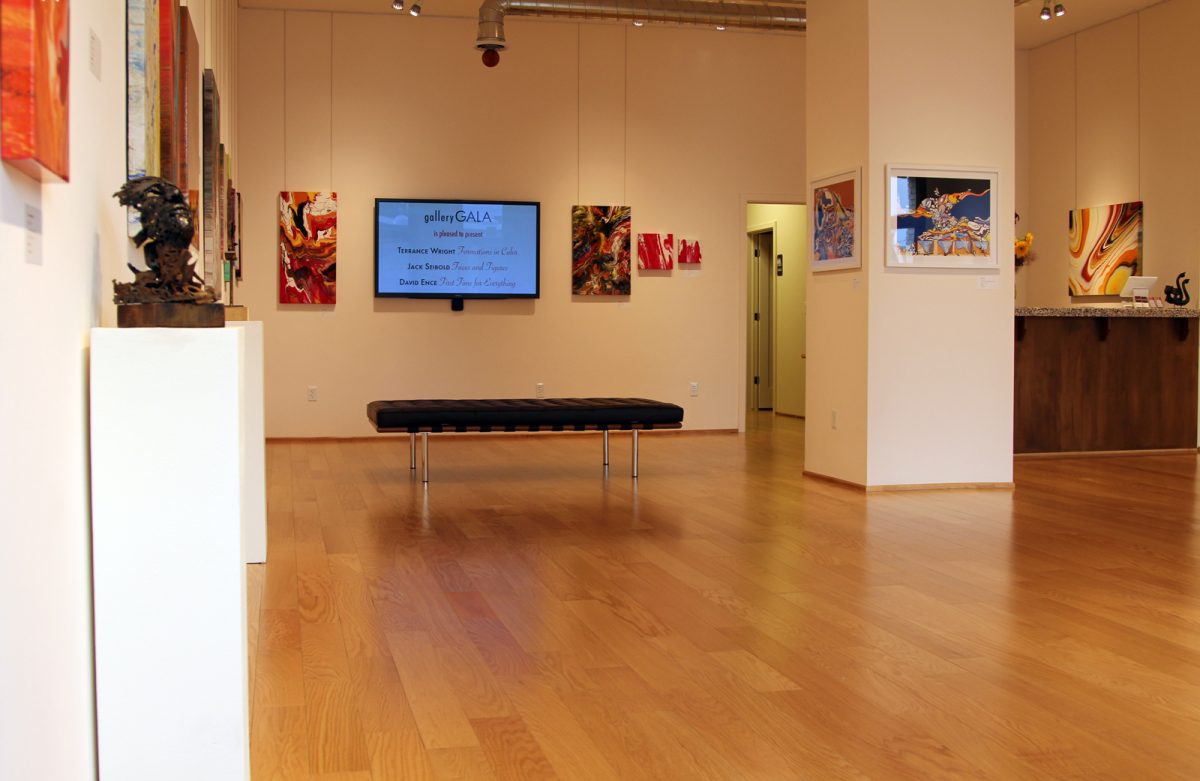 His location just a few blocks from the SUU campus has meant a lot of foot traffic, especially in the warmer months of the Utah Shakespeare Festival.

Learning the seasonality of his market — long, inactive winters and busy summers — has been important in his first year of business, and his exhibition decisions have been crafted according to his long-term plan. “I wanted first to make sure the local community knows that I’m here and what I stand for and to create a portfolio of artists to cater to the local community, in terms of pricing.” 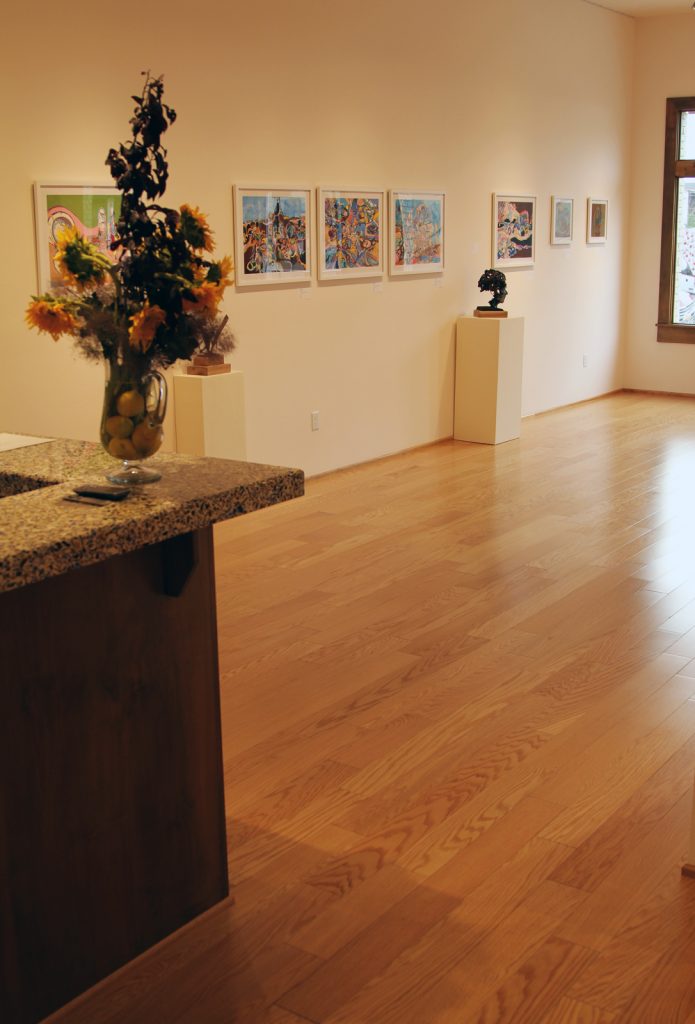 For his first exhibition, which has run all winter and ends July 30th, Bredenkamp invited three local artists to exhibit. Terrance Wright, who lets his acrylic paints flow across his canvases to create technically perplexing abstractions that evoke the colors of southern Utah, and David Ence, a self-described ‘folk artist’ who creates complex compositions with a variety of drawing, painting and collage techniques, were both friends of Bredenkamp. Sculptor Jack Seibold wandered in one day while the gallery was still under construction and randomly asked if Bredenkamp would like to see his work. “I initially wasn’t going to do 3-D, but then I saw the work and just loved it,” Bredenkamp says.

Bredenkamp’s personal response to his artists’ work is essential to his business plan. “As a gallerist and as a new gallerist and owning and operating your own gallery, it is incredibly important in the sales process for you to be absolutely connected and buy in to the art so you can convince someone else to buy the art.”

As well thought out as his plan might be, Bredenkamp realizes that in any business you have to reevaluate and adapt. This first year is a learning process, something he was upfront about with his artists. He told them they would be going through the growing pains together, learning as they went. With Gallery Gala he wants to introduce new artists as well as further the careers of established artists. He has been welcoming to prospective artists, willing to set aside time to discuss with them their work and careers. But he has been very selective thus far. Currently, he carries only six artists, and says he will cap the stable at a dozen. He wants the gallery to be a collaborative partnership, one in which he can focus on the business aspects while the artists focus on developing their style. 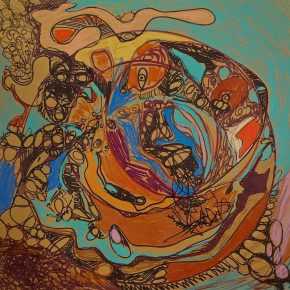 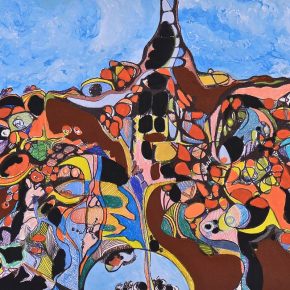 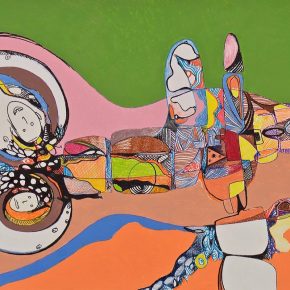 While over the past year he has concentrated on the local market, Bredenkamp’s long-term plan is to broaden his footprint, to take advantage of the relationships he has cultivated in New York, San Francisco, and Los Angeles. The launch of his website three months ago has expanded his reach, and his sales are now going to Los Angeles and San Francisco as well as Cedar City and St. George.

He won’t forget his local base, however. “You have to be passionately connected to a place you want to start a business in,” he says. The gallery has participated in local youth programs designed to get kids away from electronics, and has hosted a number of social events and concerts. 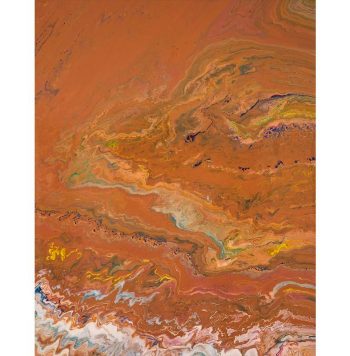 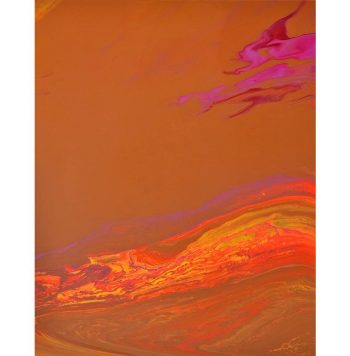 He plans to hold exhibitions on a regular basis: solo exhibits on a 30-day basis and group exhibitions for 45 days. Next up is an exhibit of works by SUU professor Andrew Marvick and St. George artist Aimee Bonham, opening August 2 and continuing through September 17. Afterwards he plans to collaborate with a Los Angeles gallery for an exhibition, and during the holiday season will host a group show with his entire stable of artists.

If this gallery gamble doesn’t work out, Bredenkamp could go back to his lucrative career in the business world. But he doesn’t have any plans to do so. As practical as he may be, he says, “I’m doing this with a passion hat on and a fire in my belly to make it work. You touch people when you open a gallery. Everyone becomes part of it, the artists, the public, the gallery owner. You’re taking people on a journey and I’m excited to see where it leads.” 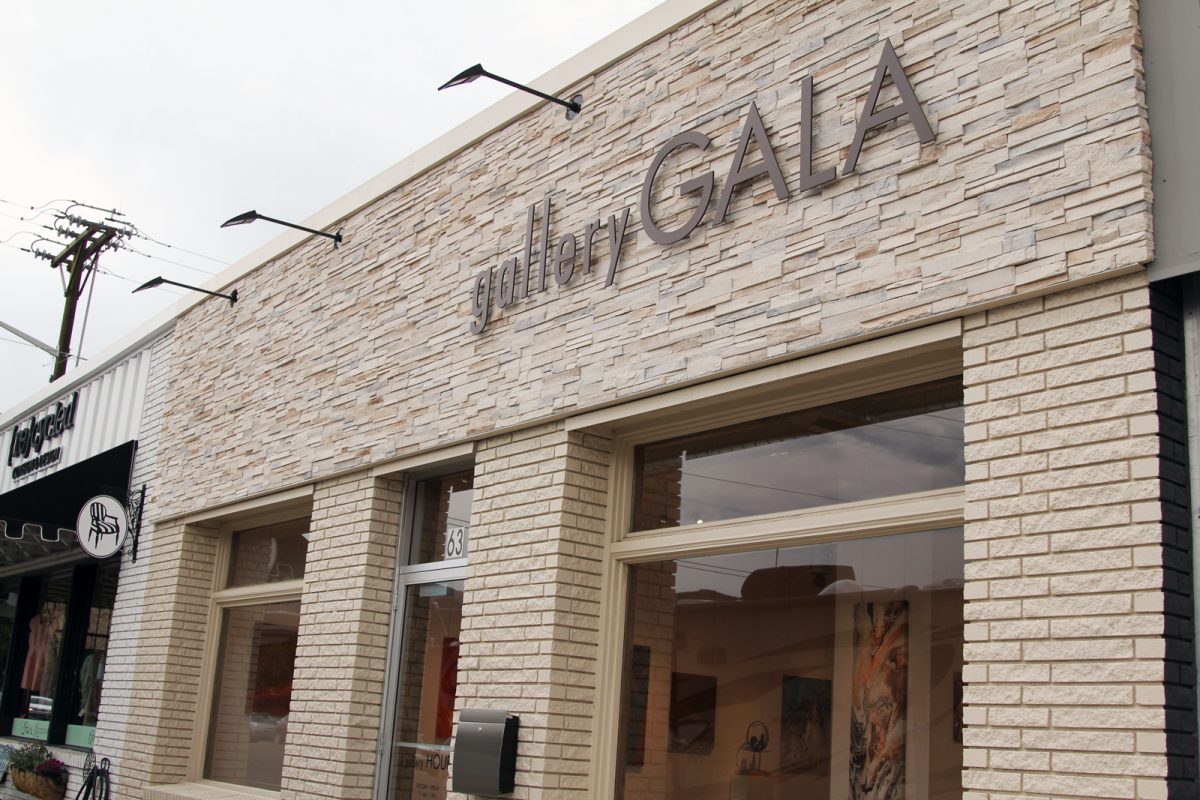