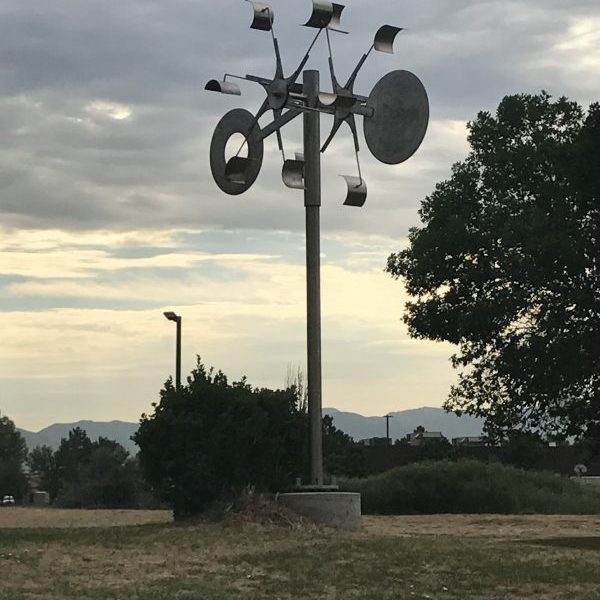 Darl Thomas’ sculpture makes the invisible (the wind) visible as the sculpture slowly rotates with the breeze. It’s location at Fire Station #9, west of the Salt Lake International Airport, means it gets plenty of winds, and most days you’ll be able to see its slow rotation. Discover […] 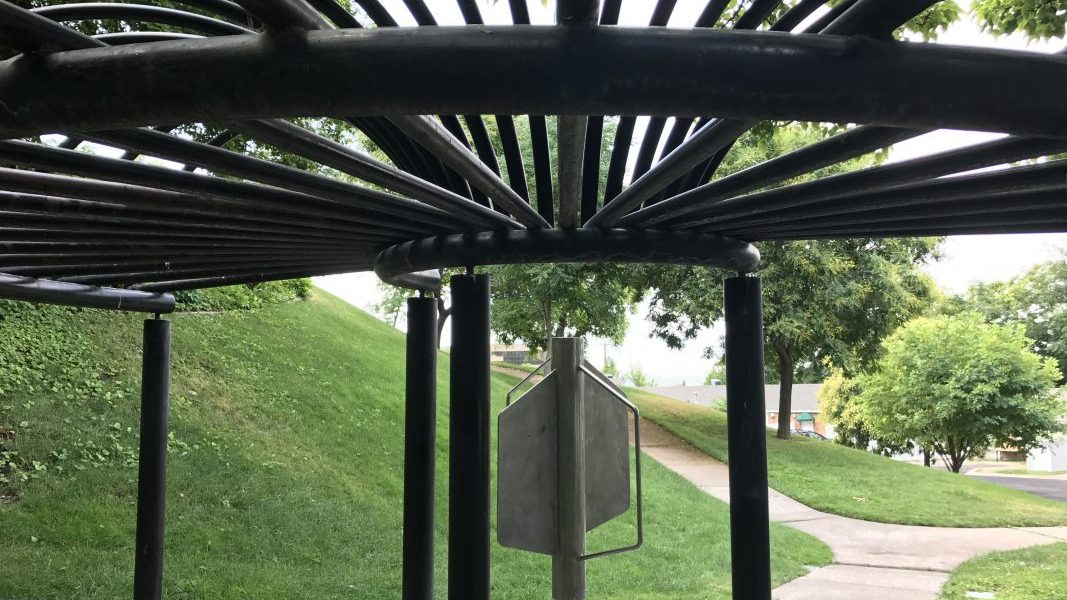 The creeks that flow into Salt Lake City have helped to shape the east bench neighborhoods, but just as important is the Wasatch Fault Line, which basically runs along 1300 East and is the reason there’s a steep drop off west of the thoroughfare. Few of the residents […] 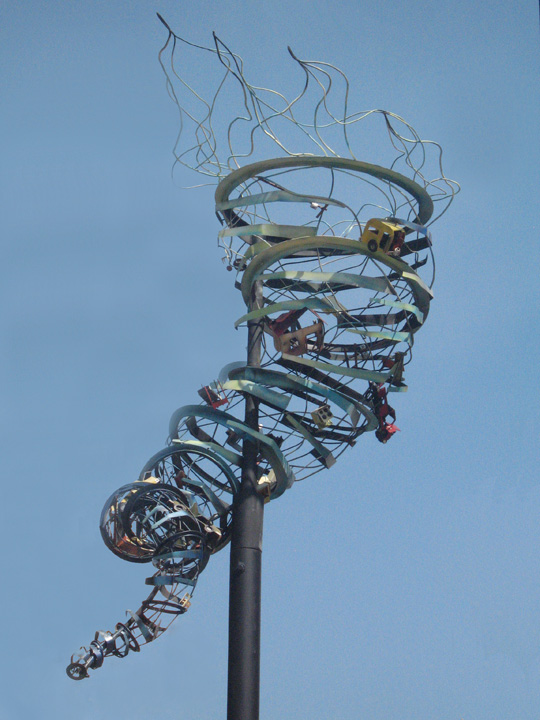 There’s a whirlwind of artistic activity along the Wasatch Back this year: a large metal piece called “Urban Tornado” by Salt Lake City’s Lenka Konopasek has been installed at the Summit County Building in Kimball Junction and Riverton artist Tim Little’s assemblage “Fly Utah” is in front of […] 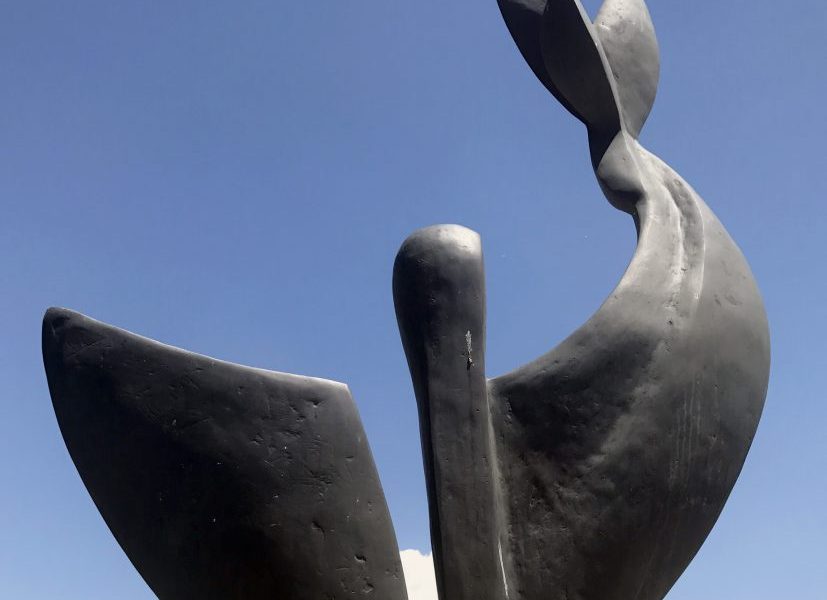 Pavlos Kougioumtzis’s 2002 abstracted rendering of Prometheus bearing fire stands on the Jordan River Parkway, along 500 South, across the street from Jake Garn Blvd. and on the same block as Neighborhood House. A greek sculptor, painter and architect, Kougioumtzi lives and works in Athens and Delphi.  Discover more […] 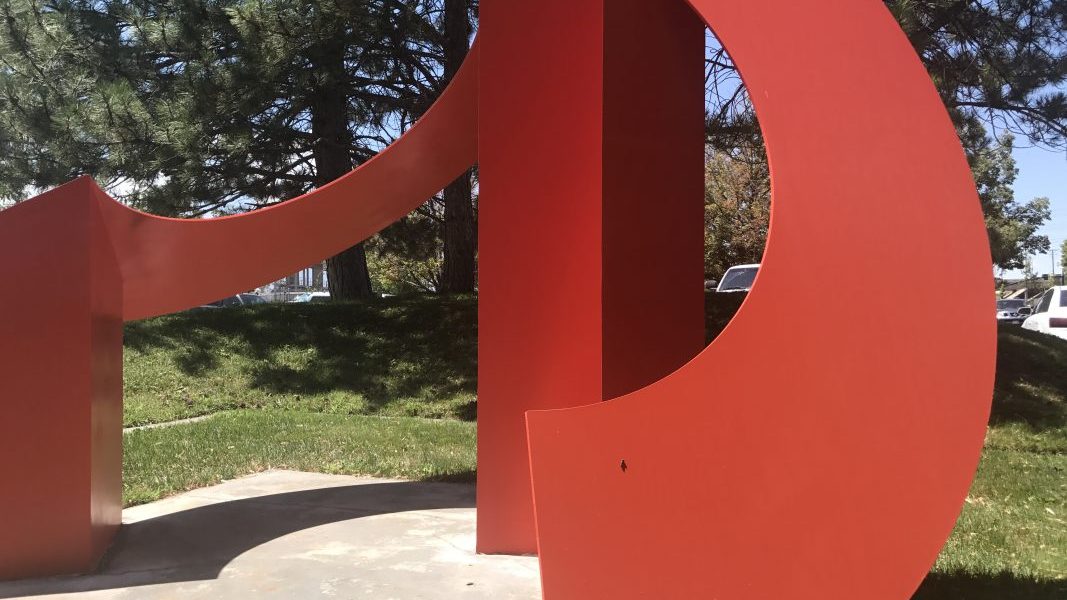 Look at its location on a map and its hard to think of a more out of the way place for a piece of public art, but people who work in anonymous office buildings under the shadow of the freeway deserve aesthetic pleasure just as much as anyone […] 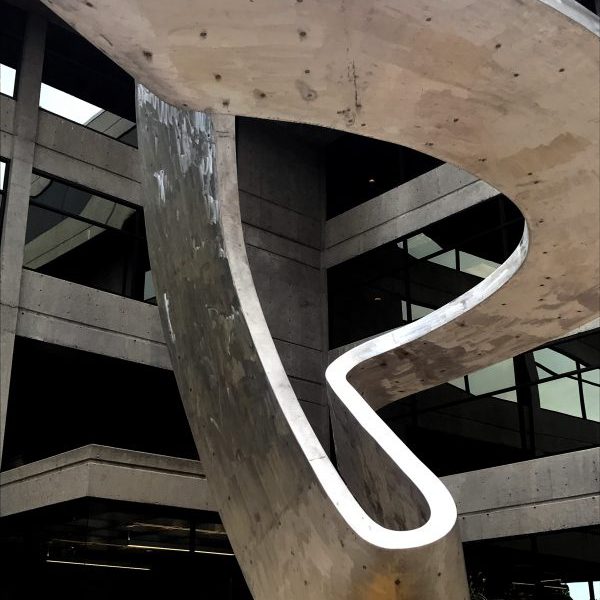 Neil Haddock’s sinuous steel form was commissioned by the Boyer Company in 1983, and since then has added a bit of life to the courtyard of this otherwise mundane office building at 400 E. South Temple. Discover more art with our Art Lake City map In Plain SiteWith […] 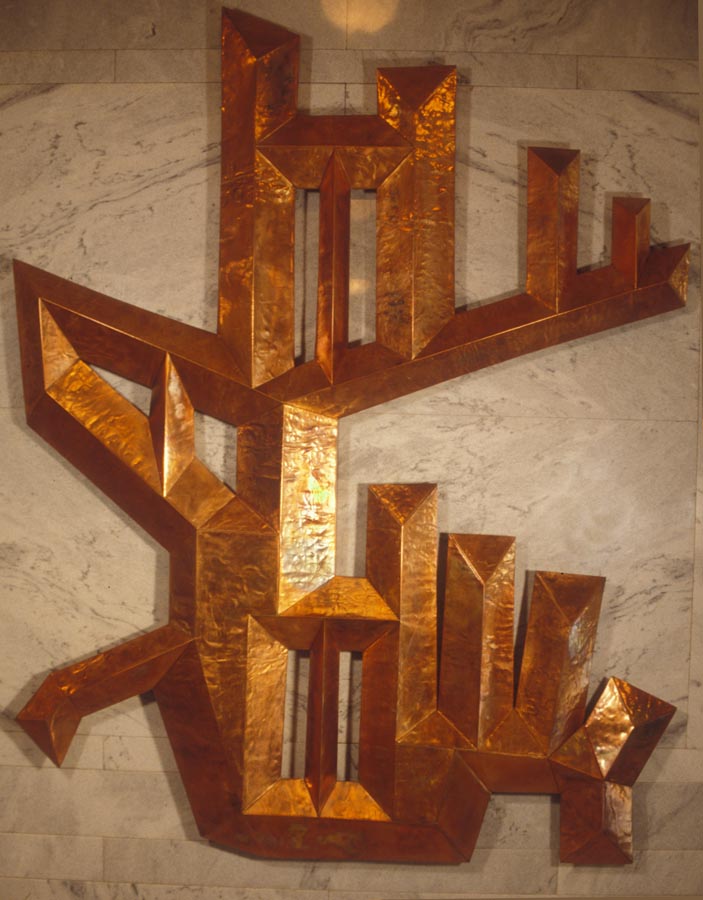 Thomas Schulte Tacoral 1982 Copper and aluminum On June 30, 1980, a storm in Salt Lake City blew copper off the Utah State Capitol dome. In an attempt to salvage the copper and preserve a significant piece of Utah history (the copper was installed in 1916), Governor Scott […] 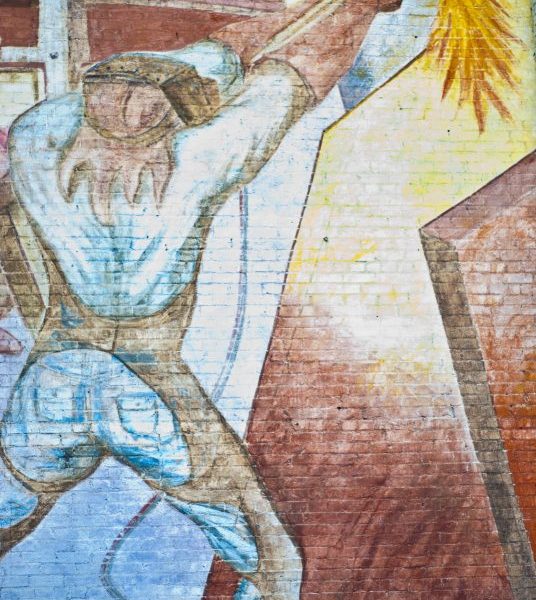 Angelo Caravaglia’s two sculptural pieces adorn the corners of this nondescript white building. Caravaglia was a professor at the University of Utah and was commissioned for a number of public art projects. Discover more art with our Art Lake City map 15 BytesUTAH’S ART MAGAZINE SINCE 2001, 15 […] 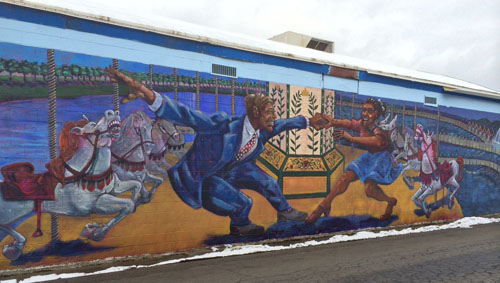 Back in the September 2013 edition of 15 Bytes we featured a photo essay on the street art — public and private — of South Salt Lake. Because our office is in the city, we continue to get to know the area and discover new gems, including this pair of […]

The apartment building next door has become a destination for street art murals, but this building had its own wall art years before – mosaics embedded into the walls of the building’s entrance. Discover more art with our Art Lake City map 15 BytesUTAH’S ART MAGAZINE SINCE 2001, […]