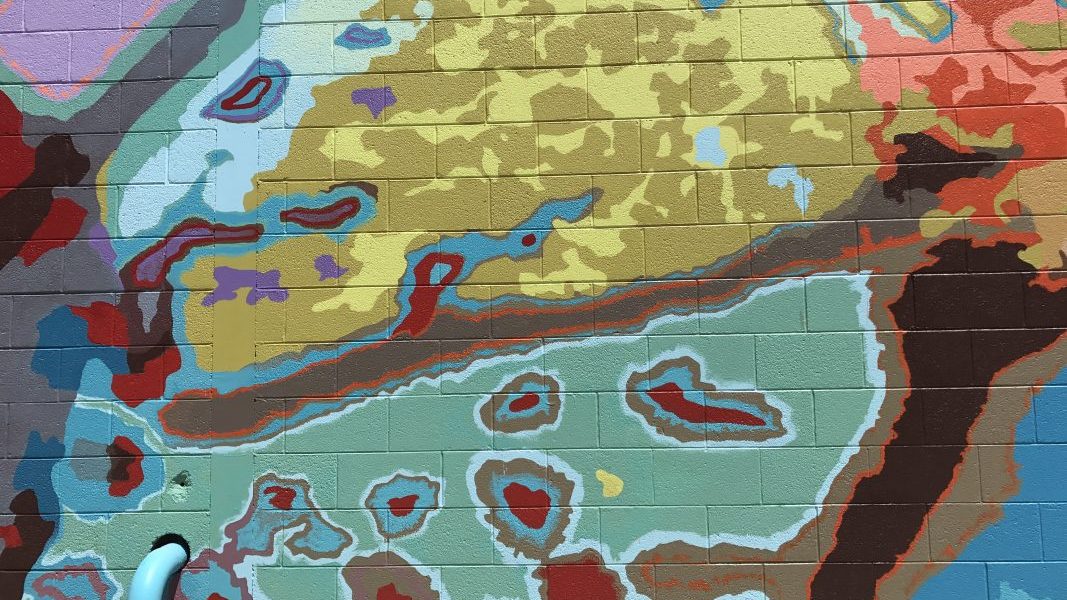 Because of the new apartment complex it faces and in whose windows its vibrant colors are reflected, this long mural at the 300 East Station of the S-Line is likely to become known as the Zellerbach Mural. Its host, though, is actually the warehouse for Kimball Electronics. The […]

You can get a cup of joe and adopt a Fritz, Mittens or Socks at this little cafe in Salt Lake City’s Central City neighborhood. This side of the building has been decorated with an appropriately feline mural. Discover more art with our Art Lake City map In […] 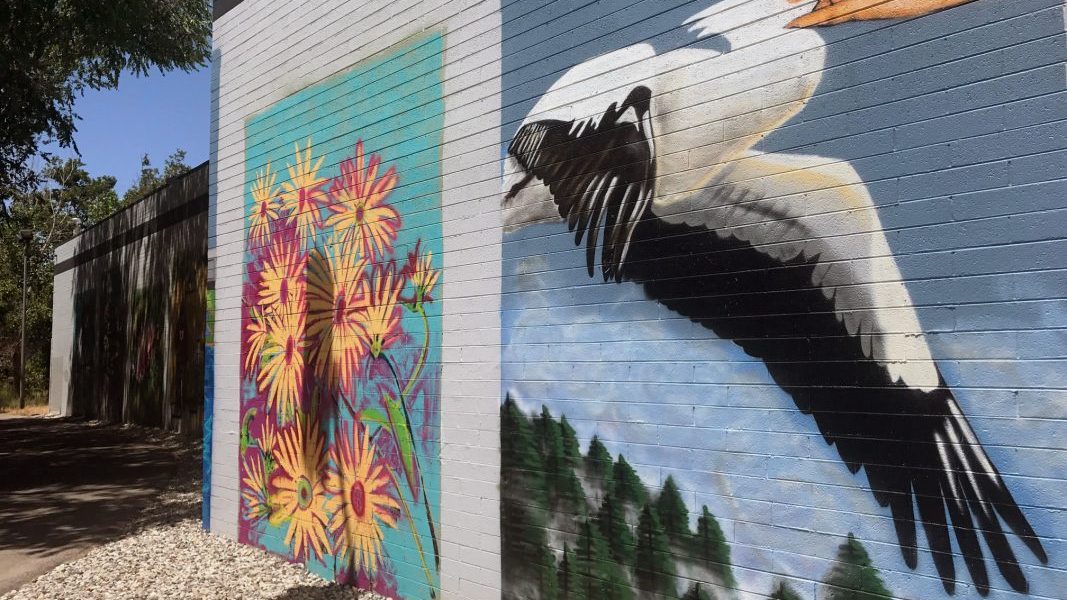 Other parts of the Jordan River Parkway are festooned with official public art like sculptures and installations, but the artwork here at 300 South is a little more DIY.  On the side of the Wernli Inc. Refrigeration building, murals depicting life and wildlife along the river have gone […] 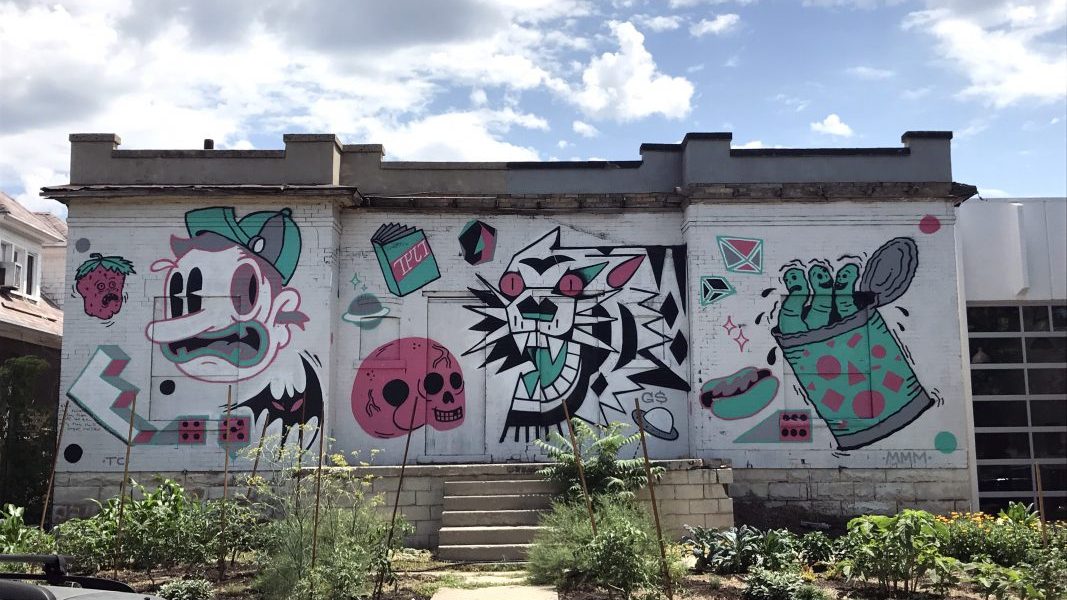 This colorful mural, featuring work by Trent Call (left wall) Gailon Justus aka Sweet Needles (central), and Mike Murdock (right), along with a community garden, has transformed a boarded-up building and helped to revitalize this nook of the Granary District near the Central Ninth Market. In 2015, ground was broken […] 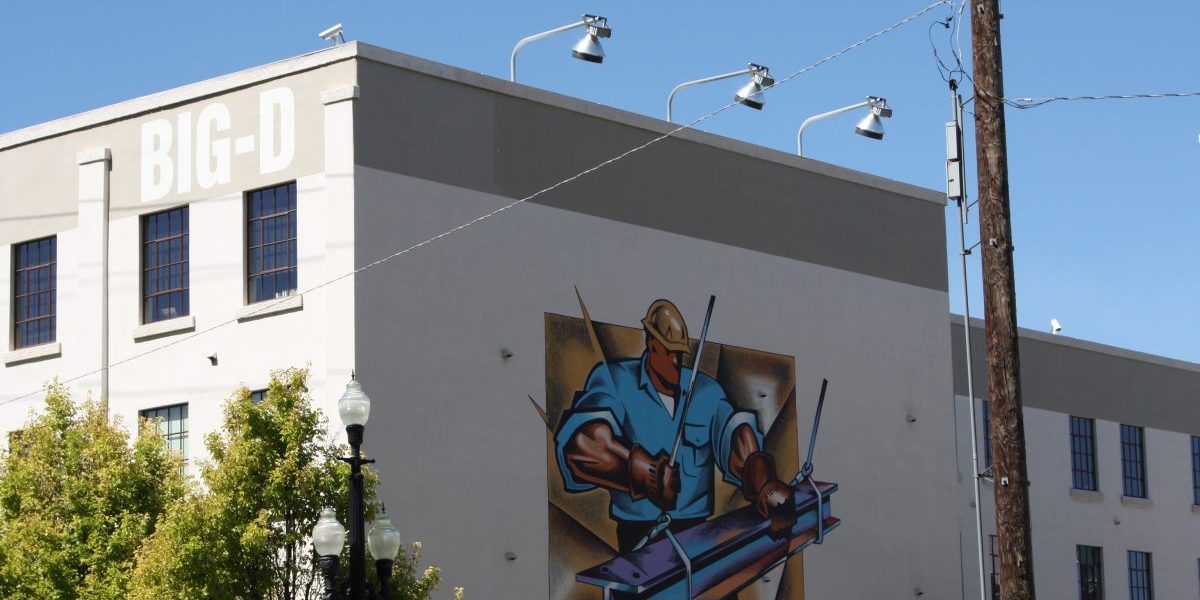 This mural on the northeast corner of the Big-D Construction Corporation in Downtown Salt Lake City features a construction worker. The building itself (established in 1922) is a historic landmark, the first cast-in-place concrete warehouse West of the Mississippi. It was very important to Big-D president Jack Livingood […] 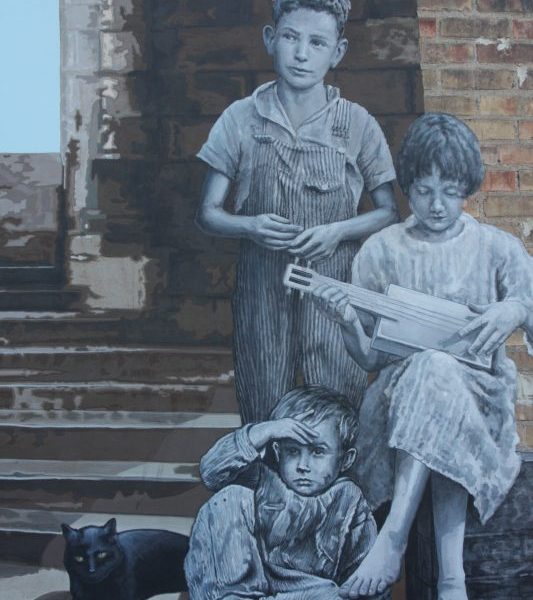 James Kirkland, a local muralist who spent years as an artist in both New York City and San Francisco, painted these large illusion murals on the backside of the Positively Fourth Street music practice space. These murals are an easy cross-walk distance from Pioneer Park. Head over to see […]

One reason it made sense for Mural Fest to land on the blocks of West Temple south of 2100 South in May 2018 is there were already a number of painted murals in the area. One of these is the north wall of the Bicycle Collective, where for the […] 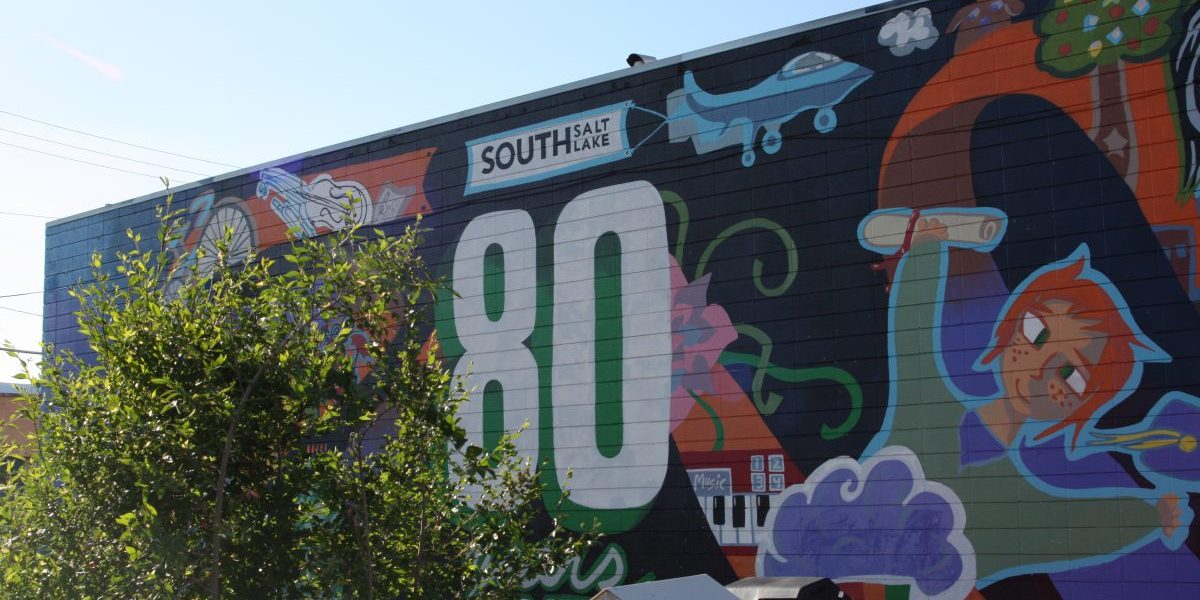 Roger Whiting, another muralist who worked on the Mr. Muffler building during the 2018 Mural Fest in South Salt Lake, engaged 65 students in South Salt Lake community after-school programs to design and paint a mural. It was a feat that was empowering for both Whiting and the […] 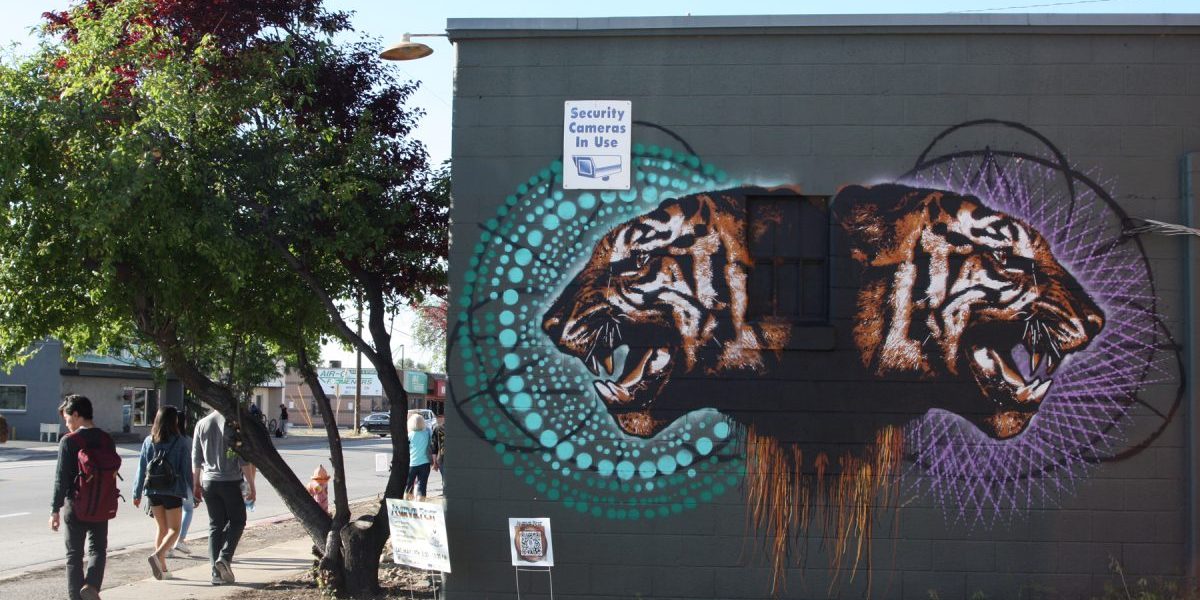 Street mural by Daniel Overstreet, created in May 2018 as part of Mural Fest. Discover more art with our Art Lake City map In Plain SiteWith our In Plain Site byline we feature publicly viewable art, both official and street art, throughout the state of Utah. 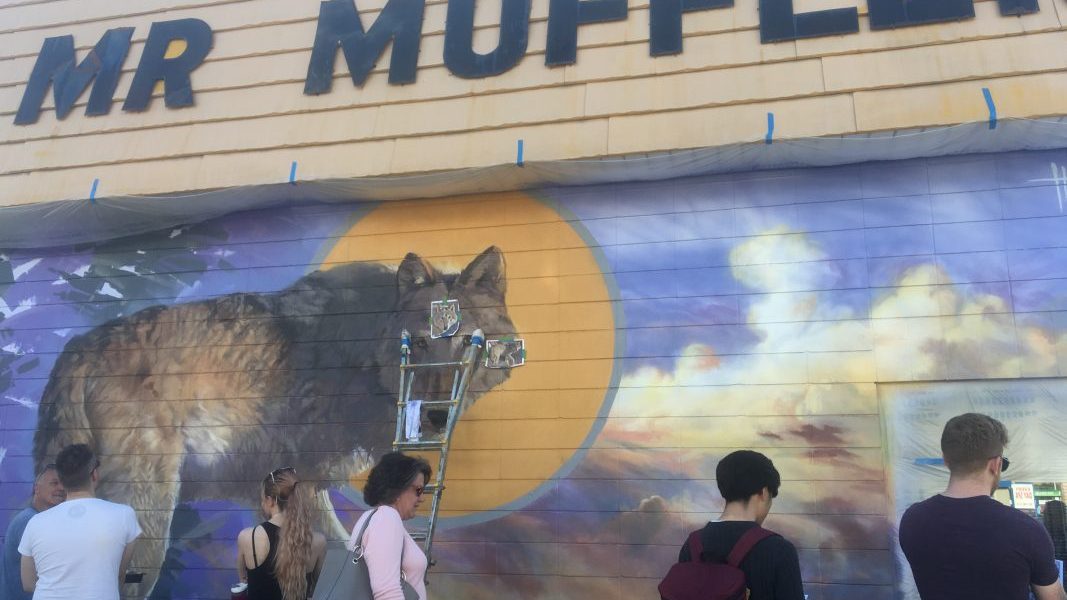 Billy Hensler, an artist from Provo, UT, painted this massive wolf on the east side of the Mr. Muffler building in South Salt Lake as part of the first-ever South Salt Lake Mural Fest. Hensler has been painting murals as his “day job” for years and said it […]

Graphic designer, photographer, painter, street artist, Josh Scheuerman enjoys expressing his ideas on canvases large or small – including this large brick “canvas” provided by Signed and Numbered, a custom frame and art shop in South Salt Lake. The mural was completed as part of the first annual South Salt […]

“Convergence” by Douwe Blumberg. Photo by Chiana Rossiter. “Convergence,” a 20-foot-tall work of cast aluminum forming a partial male head that peers skyward, adds a sense of intrigue and mystery to the nondescript government building it flanks, just off I-215 in Taylorsville. Installed in October of 2017, Douwe Blumberg’s sculpture […]