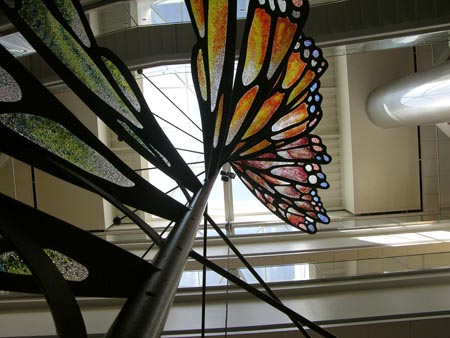 It’s at a private institution but Dan Cummings and Dana Kuglin’s dazzline new four-storey sculpture still fits our search for public sculpture. Situated in the atrium of Westminster’s new Meldrum Science Center, Metamorphic Synergy hangs from the ceiling, spiraling towards the bottom floor, its helix shape and glass […] 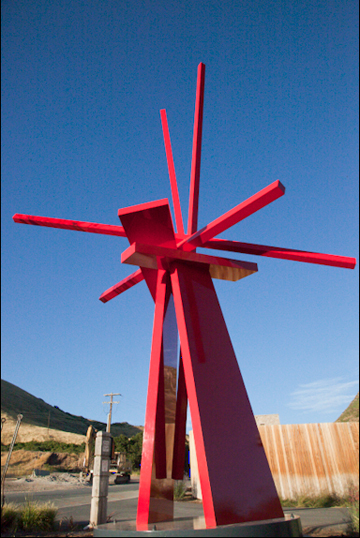 Because of our two features on public art in this month’s edition of 15 Bytes, we’ve been keeping our eyes out for art in the public eye . . . The Utah Museum of Fine Arts recently added a sculptural landmark to Salt Lake’s east bench when they […] 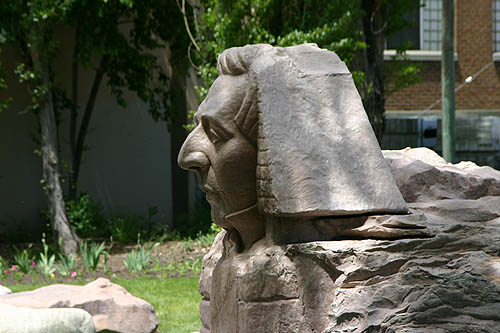 Yesterday marked the tenth anniversary of Gilgal Garden becoming a Salt Lake City public park. Of course the art that became a park is much older than that. Salt Lake’s answer to Simon Rodia’s Watt’s Tower or the Palais Ideal of Facteur Cheval, Gilgal was the creation of […] 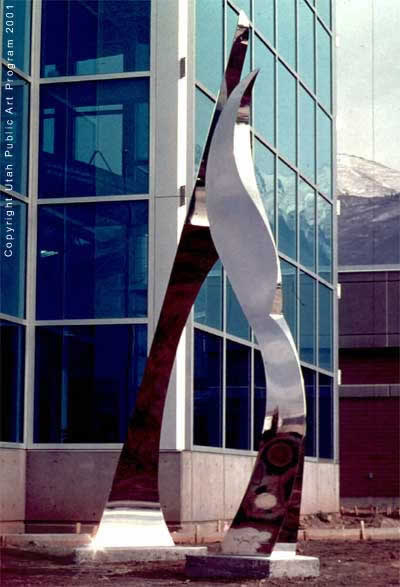 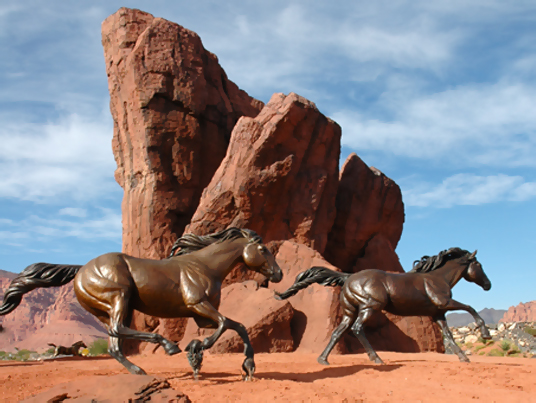 Ed Hlavka: Mustangs in the Round

In Utah’s Dixie a unique piece of public art was recently installed by artist Edward Hlavka. “The Mustangs” features five equestrian statues that encircle the Snow Canyon Roundabout in Ivins, Utah. The five mustangs, one featuring a rider, are placed around the large rocks in the center of […] 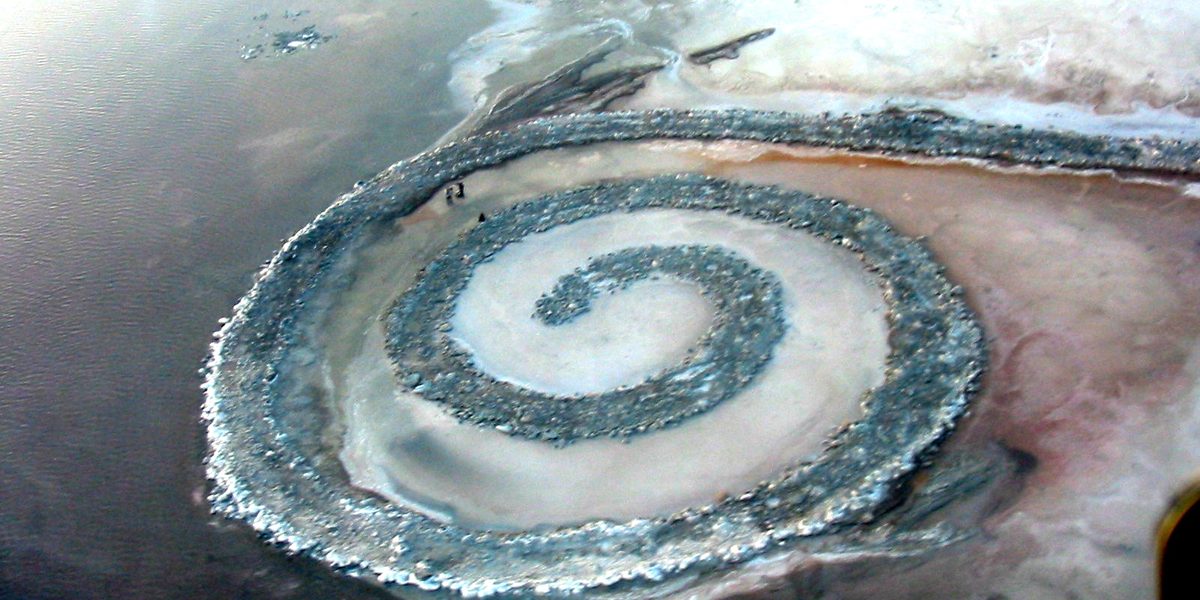 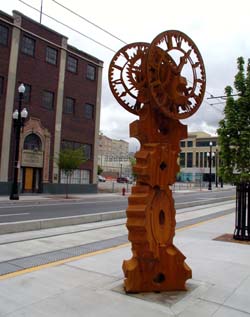 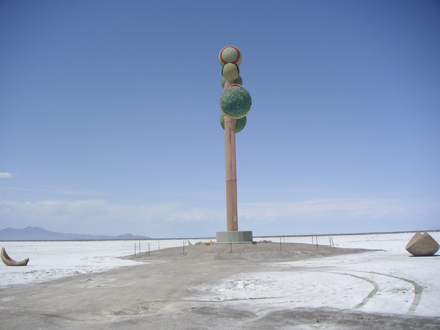 The Tree of Utah, our (in)famous sculpture on the side of highway I80, marks its 22nd anniversary today. Standing at Milepost 26 near Wendover, it serves as a visual marker in this flat stretch of The Great Basin. If you know it’s there, when you see it you […] 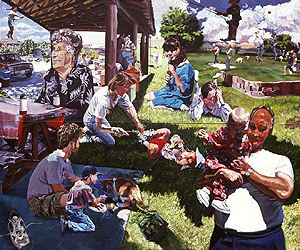 Today is the Salt Lake County Art Committee’s Open House at the Salt Lake County Building (2100 South and State). Every year the County government provides money for the purchase of artwork to add to its public collection, begun in 1985. A volunteer committee, made up of artists, […] 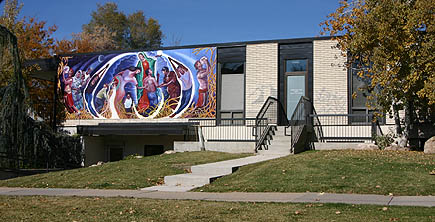 A Mural in Your Town?

In this month’s edition of 15 Bytes (which should be out Wednesday evening), Amanda Moore takes a look at Ely, Nevada, a town she says was saved by artists. Or, rather, the murals they painted. So, all this month in Extra! Extra! we will be posting images of murals in […] 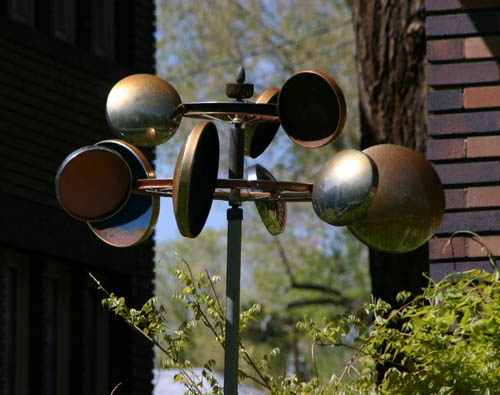 Public art is usually thought of as the art installed or commissioned in conjunction with a public building such as government offices, a hospital or a university. But there is a whole different type of “public” art, equally visible to the public, but the property and project […]