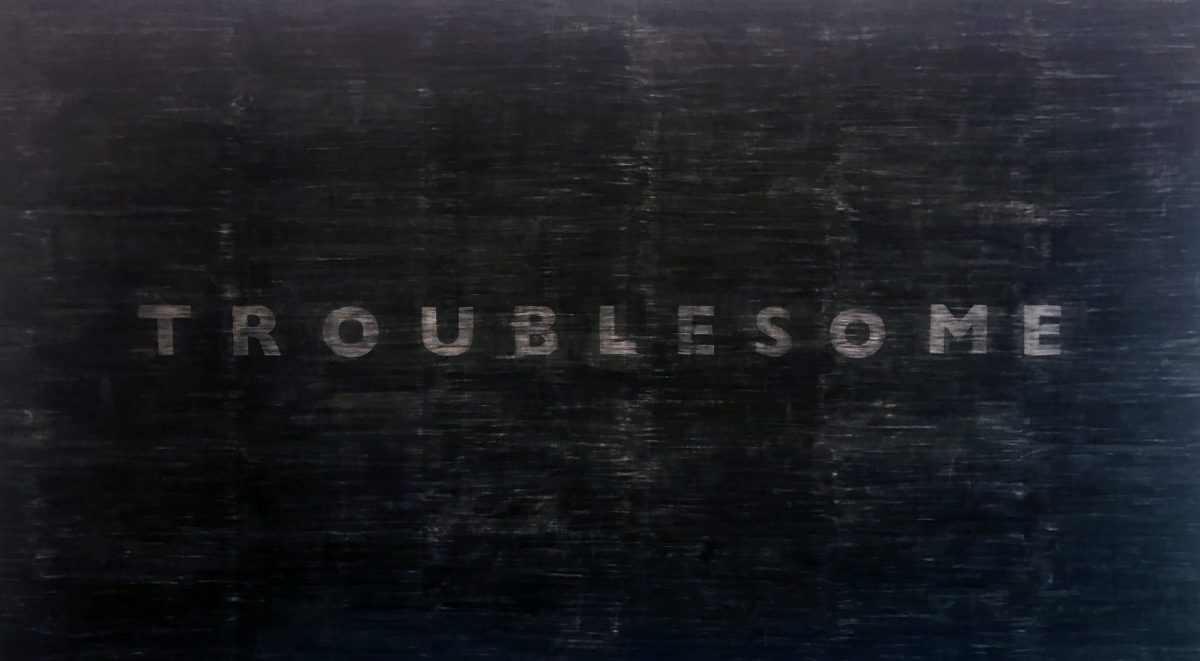 One thing that can probably be said with relative certainty about part-time Utah resident and full-time artist Cara Despain is that she’s not in it for the money. Nothing in her current outing at the Kimball in Park City says “Collectable.” Even the show’s “hood ornament” — the symbolic piece that identifies what it adorns — a section of vinyl fence that looks like it was installed around the garden of a home that was then destroyed in a fire, doesn’t recommend itself as the piece de resistance of a collection. The four quite large paintings that surround it wouldn’t fit on most domestic walls, even if there were a collector who thought one of them the perfect piece of decor. If she’s doing anything other than what she says, which is essentially to bring the reality of natural destruction present to those who are unlikely to go and seek it out for themselves, it’s not immediately clear what that would be.

These four rather large paintings — their sizes average six-and-a-half feet high and ten-feet wide, which equals Delacroix’s Romantic icon ‘”Liberty Leading the People” — are all ash-gray shading towards black, the color applied in horizontal strokes like geologic layers that resolve into vertical columns that suggest tabulated data. Each features a single word, rendered in a sharply rendered, sans-serif typeface suitable to a documentary. “AVALANCHE” and “TROUBLESOME” suggest bad news, but the addition of “KAIBAB’ and “PARLEYS” confirm that they are actually the names of recent, large fires, the sites of which Despain visited and where she collected ashen debris, which she used in coloring the paint that spells out these names. The texture and colors are each subtly different, and, along with the ghostly nature of the print, convey a smoky atmosphere that will be familiar to anyone who spent much of the previous two summers out of doors. It’s relevant here that while we have names for hurricanes, floods, and now fires, we don’t give names to heat episodes, which kill more people than all the hurricanes, floods, and fires combined, and increasingly are seen to contribute to the severity of all three. Between the heat and the wind-blown smoke, even those not in the vicinity of a major fire experienced a challenge to health and well-being.

Despain’s responses to the climate crisis are not universal. Her efforts to make her audience recognize the severity of the problem give her work a pessimistic character. In this, she stands apart from the artists who believe that celebrating the beauty of nature and its ability to recover from adversity is essential to staving off human despair. So there may well be a place for more positive views of the possible future. But for many, the likely future is irredeemably bleak, even hopeless. Only Cara Despain knows how she sees the future, but here she is fighting for it with all her considerable strengths. 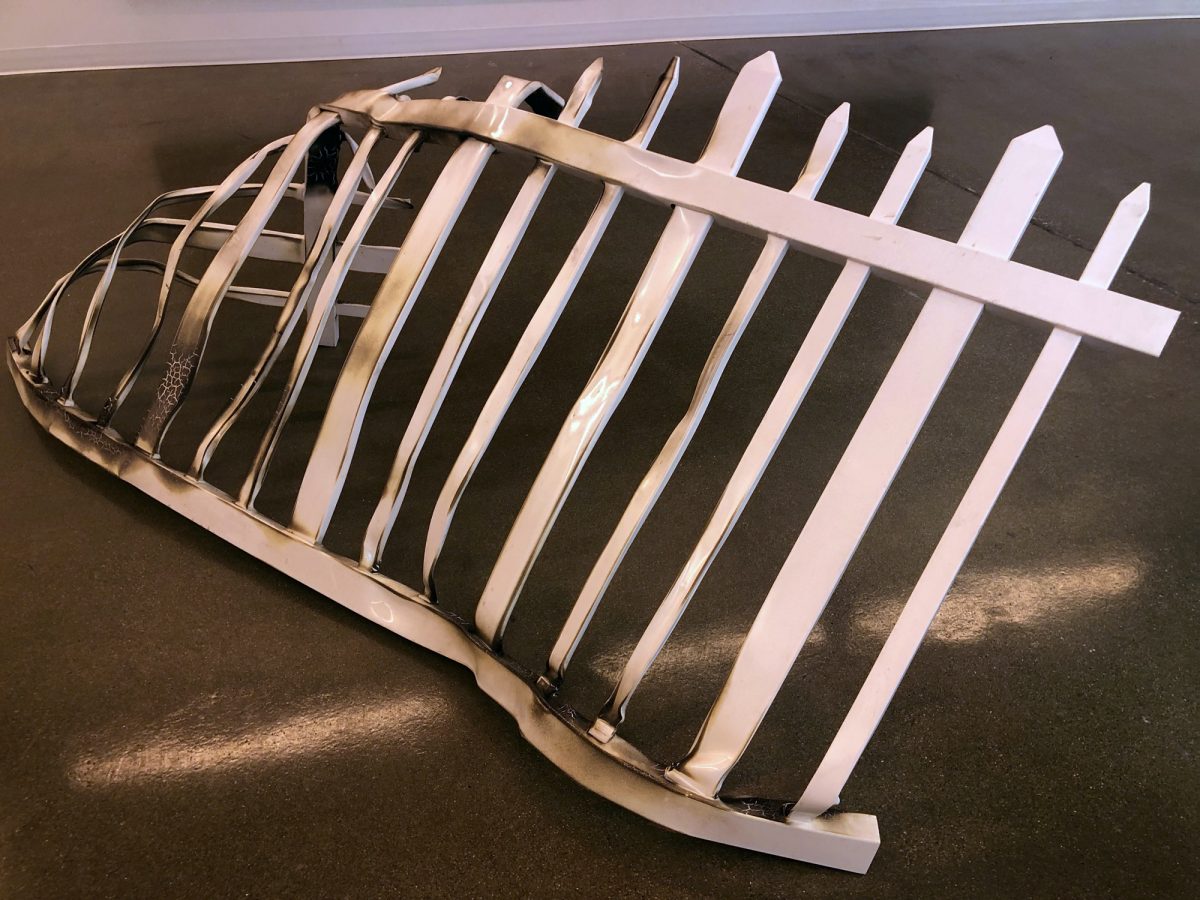 I, for one, was a vulnerable teenager when I first encountered the distinctly Western landscapes of Charles Marion Russell, Frederick Remington, and the German immigrant Albert Bierstadt. I’ve never forgotten one of Beirstadt’s enormous vistas, shown in a theater designed by a museum just for its viewing, with each row of seats standing on the shoulders of the one in front of it, and binoculars provided to aid in finding its hundreds of details — some of which were rumored to have been imported by the artist from the forests of his Bavarian homeland. Easy to substitute those magnificent scenes for the far less dramatic actuality one commonly encounters: highways, suburbs, and mile after mile of crops or desert. And it would not be until half a century later that I would learn how Bierstadt had been bought and paid for by the owners of the railroads, who charged him to paint what were essentially mental billboards meant to blind the mind’s eye to the reality of the depredations being committed behind them in the name of “progress.”

There was nothing inevitable about the conclusion of the story that began at Plymouth Rock and Jamestown, which led directly to the predicament we face today: shrunken wild lands and natural environments suffering further from global warming and the loss of a habitable climate. Along the way, plant, animal and even human populations have been shouldered rudely aside, while the exploitation of everything for the purpose of amassing wealth has continued until the globe resembles a three-dimensional petri dish covered by the growth of a single organism. How much of this is evident in Despain’s giant, glowering canvases depends on the willingness of the audience to pay attention to what, after all, may well be the only story truly timely at this historical moment. The art, meanwhile, is clearly meant to return the gaze of the viewer and say, its anger and grief still under control for the moment, “We all of us created this. Not just the artist. We all took part.” 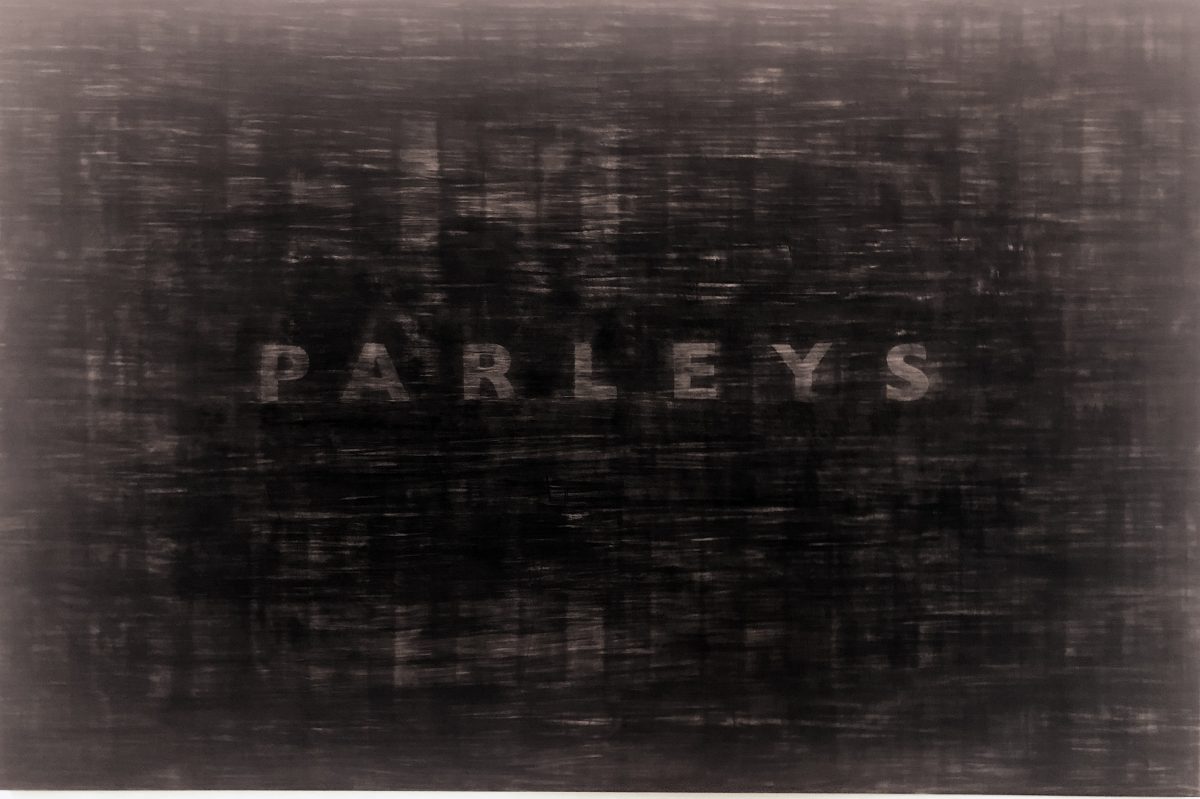