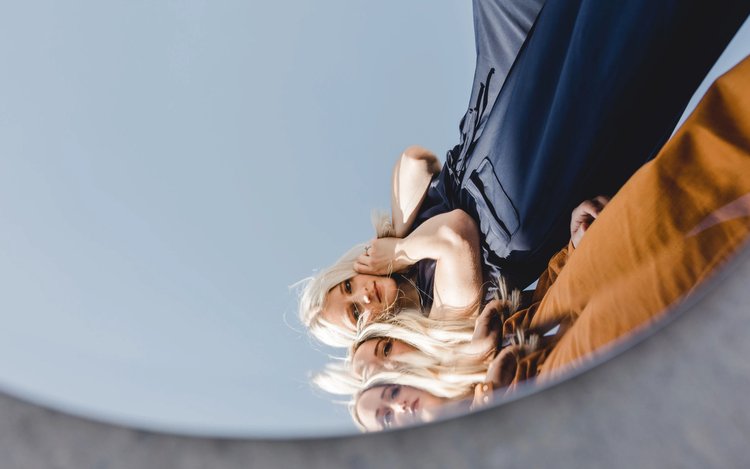 When we say immersive, what exactly do we mean? Is the term simply a catch-all? A trendy way of saying that the audience will perforce participate? Or that the stage will not be a stage? The supposed genre has been around long enough that perhaps it isn’t even trendy anymore. And of course there were many immersive performances before New York’s Sleep No More gave us the name. Installation art has been immersive for decades. Happenings were immersive in the sixties. Choreographers and theater-makers have long made work that required you to step inside and walk around.

As annoyed as I clearly am by the word immersive, I am very interested in the kinds of risks immersion requires of audiences and of creators.

Oquirrh West’s Nesting, which I viewed on March 26, invites us into a deconstructed dollhouse — bathroom, living room, kitchen, and bedroom — inside the black box at the Rose. There we meet a family of somewhat deranged women who’ve invited us to an eerily homespun birthday party. Feeling something of the subtle dread of getting on I-15 headed south during rush hour, I found myself thumbing through a notebook on a coffee table attended by a couch.

Then I was remonstrated by performer Lo Morrison, whose “diary” I had unwittingly picked up. After my dressing down, Morrison gave my companion and I the lay of the land, explaining that it was her sister’s birthday and that we would find the event tiresome.

Despite her warning — part of a caricature of a sullen teen attitude— I wouldn’t call what ensued boring. Her blond sister, clearly an adult despite a clownish, saccharine demeanor, told us that she was turning eight. Another performer, dressed more boyishly, fell into a werewolfish spell and attacked the mother (or another sister?) and dance-ravished her on an empty bed. Each viewer had their own list of such images to remember, depending on where they wandered throughout the show. In the end, we were all drawn back to a final slow-motion cake-fight, which tipped into action just as the dysfunctional family was posed for a perfect photograph that wasn’t to be.

I kept asking myself how this was all supposed to land. Was it supposed to comment on the restless lives of the suburban denizens of surrounding counties? What was being said about femininity — for adults or for children?

Although I never satisfied these questions, there were moments of real fun and legitimately interesting confusion. Morrison’s performance in particular had a depth and presence that wasn’t always matched by the larger design. I remember the careful, persistent way she drew five or six of us audience members — strangers to each other — into a game of Truth or Dare. She seemed to know where she was going, but she can’t have known exactly how she was going to take us there.