For her inaugural project as associate curator at the Utah Museum of Contemporary Art (UMOCA), Rebecca Maksym envisioned an exhibition that sheds light on a nationality of immigrants not commonly referenced in American migrational history. Rather than a strictly historical chronology, Maksym preferred to think about migration in conceptual and aesthetic terms. As such, Bikuben, a survey of contemporary Danish artists, is a fascinating case study of trans-national cultural appropriation. While the exhibition beautifully highlights various facets of Danish culture, a larger narrative emerges from analyzing the works collectively. What unfolds is a cyclical pattern of absence, immersion and a subsequent desire to retain and preserve that which has been lost.

The show’s title, Bikuben, comes from the Danish word for hive. Denmark’s cultural relationship to this symbol is extensive. Taken within the local context of Utah, obvious comparisons conjure the state symbol of the beehive. Included at the beginning of the exhibition are excerpts from a Danish newspaper of the same name. From 1876 to its Depression-era cancellation in 1935, Bikuben was a platform for Utah’s Danish immigrants to keep cultural tradition — and importantly their language — alive in their adoptive American nation. Thus, Bikuben embodied the values of industry, progress and perseverance integral to forging a new life.

The exhibition draws from an array of talented Danish artists currently residing in New York City, Berlin and Copenhagen. The show’s various strengths are exemplified by its diverse media of works, including sound pieces, sculpture, photography, video and collage. The array of media lends to a thematic approach that attempts to conceptualize the aesthetic of migratory patterns and the subsequent emotions of the migrants themselves. Questions regarding national idealism — both the nature of its construction and its ultimate erosion into another national lens — prove particularly intriguing.

Bikuben’s artists use this notion of cultural assimilation to engender an intellectual dialogue with their audience. The exhibition’s row of collages use layer, texture and newspapers to symbolize the immigrant’s simultaneous desire to preserve and assimilate. The gallery walls are immersed in an abstract language of shape and color and evoke Minimalism’s intrusion into visitors’ space. Jacob Dahl’s “CAPITAL,” a sculptural series of molds taken from columns, is a modernist reaction to antiquity’s ruins. Kasper Sonne’s large-scale stained rug paintings are reminiscent of Rothko’s high modernist abstraction. Bold rays of golden light shine on visitors as they encircle the exhibition. A gaze at the ceiling reveals Kirstine Roepstorff’s hanging mobile-like sculptures as the culprit. Five of these sculptures are systematically placed throughout the exhibition. Collectively referred to as the claymenchen (German term for clay people), the sculptures represent society’s diverse professions-such as a farmer, an alchemist and a dancer.

Mie Olise’s “Shipsearching” is perhaps the cornerstone of the exhibition. An unmistakably large, wooden appendage from the adjacent wall, the piece works as a vessel of exploration for visitors invited to step in and climb inside of it. Similar to a ship, the white-painted tunnel is claustrophobic as it ascends upward, culminating in a seated area with a projected image of ship sails.

Via three video pieces and one sound piece, visitors to Bikuben are bombarded by bellowing echoes and haunting ruminations. Perhaps the most startling is Bjorn Norgaard’s video depicting animal sacrifice. Norgaard — considered by many to be one of the most important cultural figures in Denmark — created an experimental performance art school akin to Alan Kaprow’s Happenings movement. His video piece is jarringly violent, depicting an ancient Viking ritual of sacrificing animals as a token of luck before a long journey. The piece, created during the early 1970’s, was created as a protest of the Vietnam war.

The act of migration has long been chronicled in the history of art, yet due to the diversity of perspectives that blend together to form the American ‘melting pot,’ few take time to consider the unique cultural traditions of each nation that came here to forge a new life. Through a comprehensive array of artistic media and voices, Bikuben captures the delicate nuances of identity itself — constructed less by national heritage than by experience, memory and context. 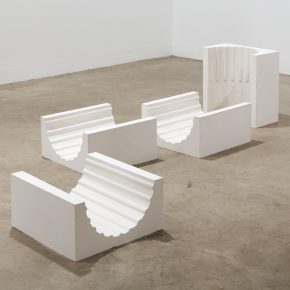 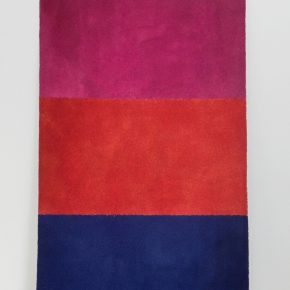 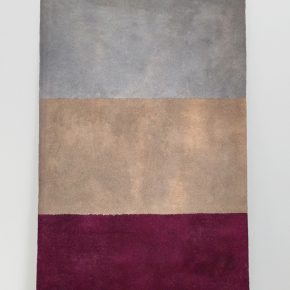 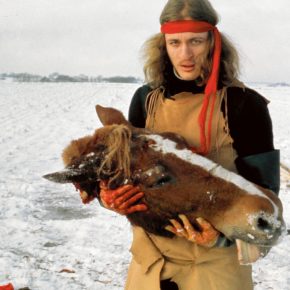 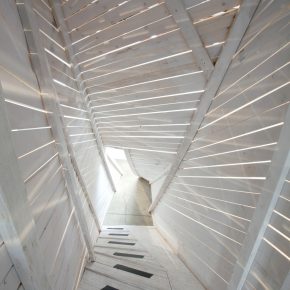 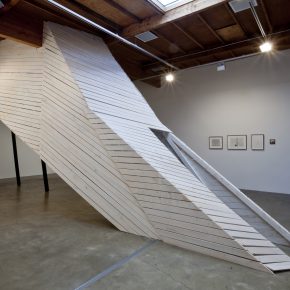 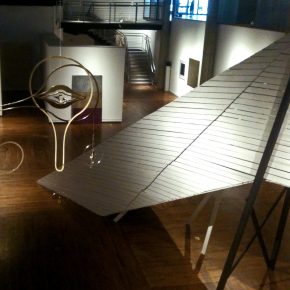 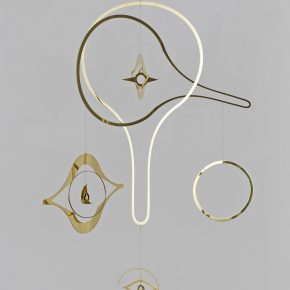 Bikuben is housed in the Utah Museum of Contemporary Art (UMOCA)’s Main Gallery and will run through December 20.