Between Where I Was and Here: Clinton Whiting’s Home!/? explores the emotional dynamics of foster care 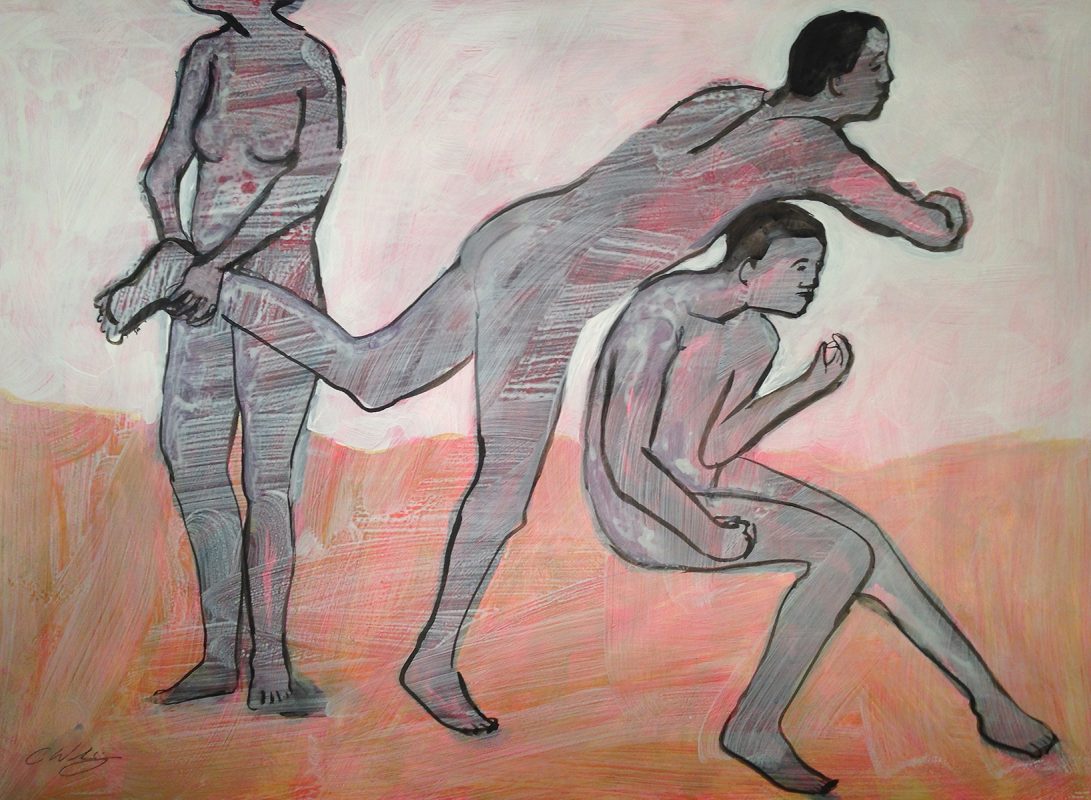 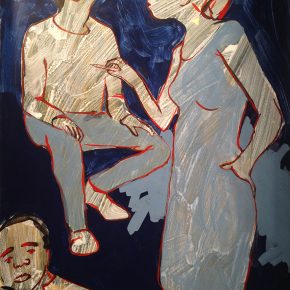 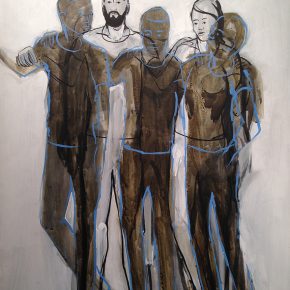 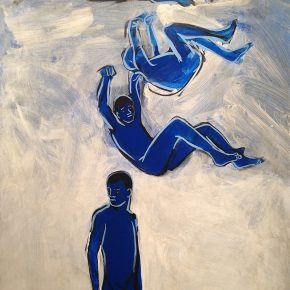 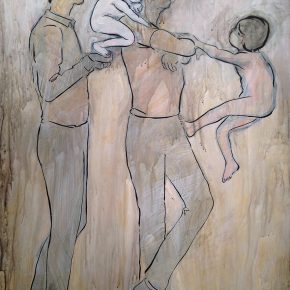 Our attention was riveted first by the election. Then, the transition. And now by the new administration. Political engagement in America seems to be surging, with people from both sides of the political spectrum taking to the streets. One wonders, though, if that energy will be turned into more civic and social engagement as well. If we should learn anything from the upheavals in the world today, it may be that relying on political leaders to solve our problems is never enough.

Civic engagement is a concern for Clinton Whiting, something he has been wrestling with as an artist. “I have been searching for a way to combine my ideas and humanitarian inclinations with my artistic process,” he says, “and to do so in a meaningful way that reaches beyond the surface.” The Holladay artist, who works as the gallery director at the Visual Arts Institute in Salt Lake City, holds a BFA from the University of Utah and an MFA from the Accademia di Belle Arti di Roma; but he has had to solve the dilemma of artistic practice and social engagement on his own. With his current exhibit at Art Access Gallery, which explores the emotional dynamics of relationships for people in foster care, Whiting says he’s been able to pull the two together for the first time.

Every year in Utah, more than 2,500 children experience crisis in the home and are in need of foster care. Children, from infants to teenagers, may spend just a few weeks in someone else’s home, or they may spend years, frequently staying with multiple foster families.

Whiting became interested in the subject after conversations with his neighbors, who have foster children as well as adopted children who began as foster children. As he spoke with them about their experiences he realized the emotional content of the issue would dovetail well with his artistic practice. “Fundamentally all of my artwork deals with relationships,” he says. “The foster care situation is really an interesting one. To me it’s a very real example of community and charity and a microcosm of relationship possibilities. Taking ‘strangers’ into your home and on the other side of it going to live in a ‘stranger’s’ home, with the expectation that life goes forward, is an interesting thing.”

Inspired by the Humans of New York project, as well as StoryCorps, Whiting decided to include interviews as part of his artistic process. He sought out individuals in Utah who have been part of the foster-care system, including refugees who are part of the foster program at Catholic Community Services. He admits his process was nothing like a controlled sample. Most interviewees were 12 years or older, some are no longer in the system, and the stories of refugees in foster care are dramatically different from the majority. “I’m working from the angle that ‘perception is reality,’” he says. “I’m not a scientist and I use artistic interpretation to shed light on the issue. It was important to me to not simply illustrate events that the interviewed individuals recounted. My goal has been to allude to some emotional element of the relationships.”

Back in the studio, Whiting played the recorded interviews while he drew images. “I filled a sketch book with drawings and reflections on the stories I listened to. Some of those sketches became larger pieces and some developed into new ideas, while others came to nothing,”he says. “On the larger paper I worked and reworked color, line and composition until they developed into finished works. Volume, line, texture, and figure relationships are the technical elements that are most important to me when creating my work.”

Whiting’s technique is reduced to bare essentials: he uses deceptively simple line drawings and loose washes of color to define pairs, trios and groups of figures in nondescript settings. “Down,” an enigmatic composition, features four related figures in blue — standing, floating, falling. In “Brother’s Brother,” a woman points a pencil at one boy, who looks away, while another is partially visible in the bottom left corner. In these works, Whiting draws out enough emotional content to suggest a narrative, without prescribing one: two equally adept viewers could provide equally compelling though diverging narratives for the relationships among the two men and two children in “Surviving Sons.”

The titles, Whiting says, come last. Some, like “Between Where I Was and Here” are rather poetic, and general, while others narrow one’s attention — in “Don’t Scare the White People” the title refocuses our lens on the three nondescript youth in ink wash, standing in front of a young couple, and opens up a narrative full of social contexts. Most of the titles are quoted from the interviews but a few are not. “I want to guide the viewer to an idea but still allow for interpretation. The art I enjoy most doesn’t answer all the questions.”

Whiting says everyone he interviewed was positive, even when their experiences were not. From an artistic perspective, Whiting has been successful in creating work that is, in his words, “relatable on a large scale while at the same time personal to the individual.” And though he certainly could have had no idea where the national discourse would ultimately trend when he began his project to understand the fate of the vulnerable and the displaced, he couldn’t have found a better time to meld his artistic practice with his humanitarian urges. “This is a subject that goes unnoticed by most people but I feel that it is a gauge of the respect and love we show for our local community. Are we willing to care for the underserved in our community?” 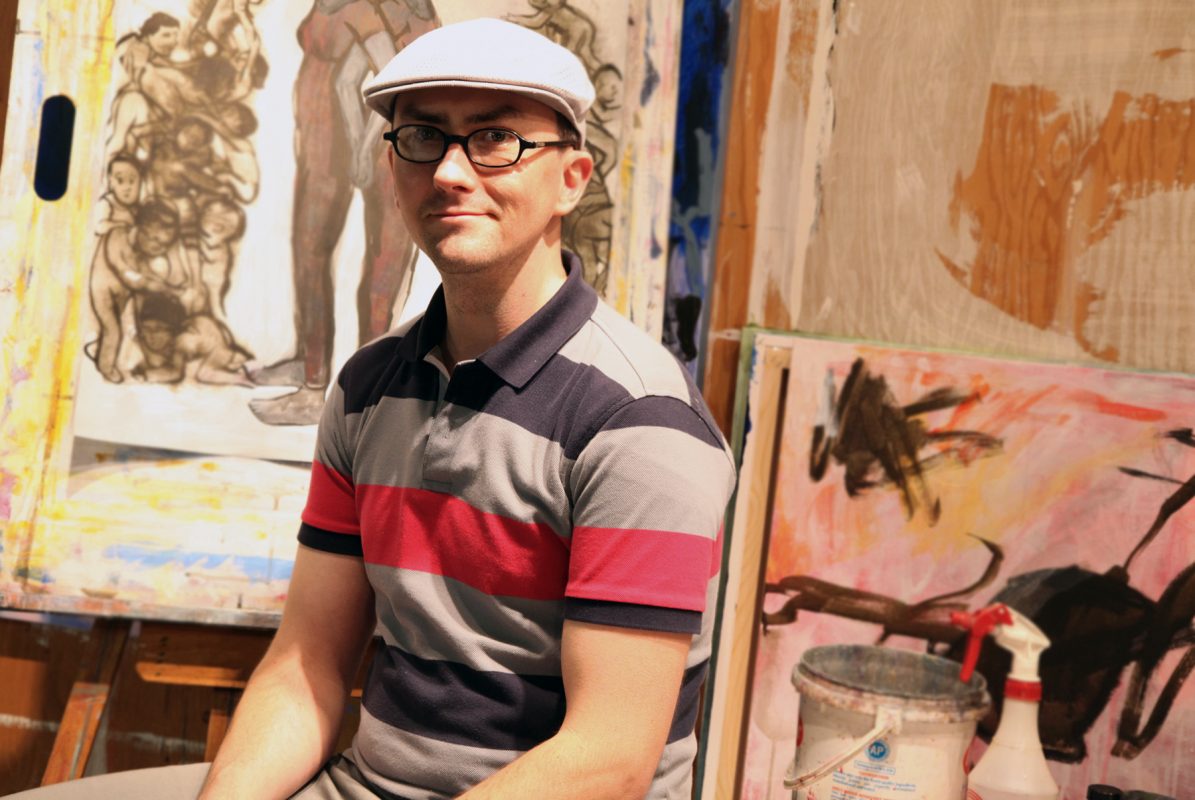