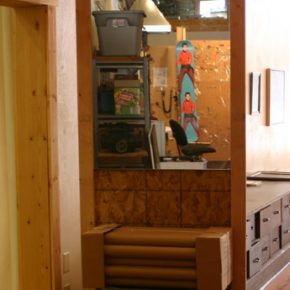 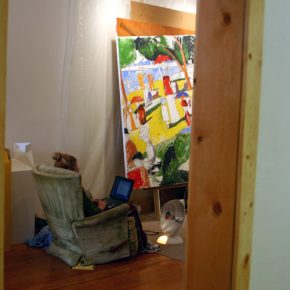 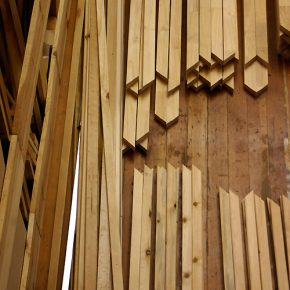 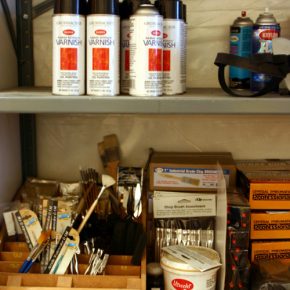 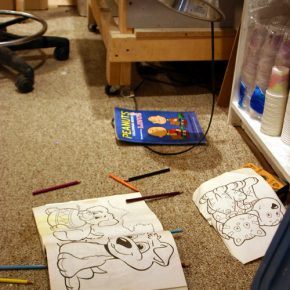 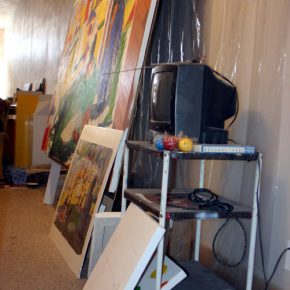 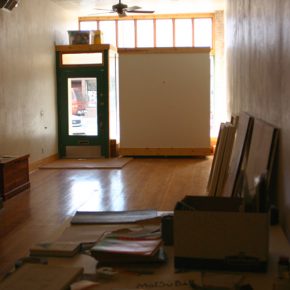 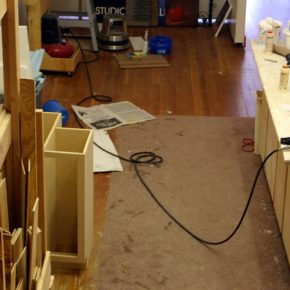 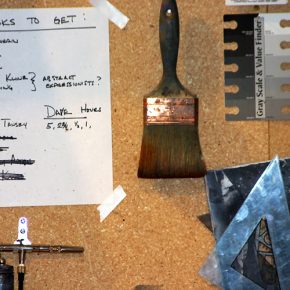 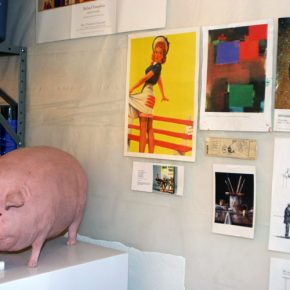 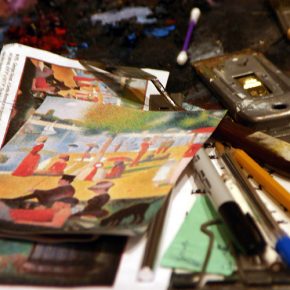 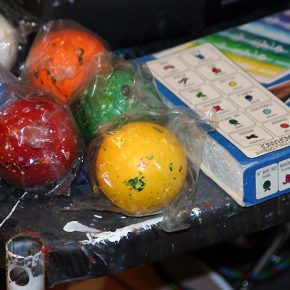 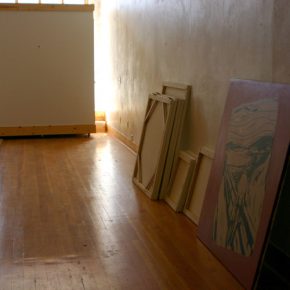 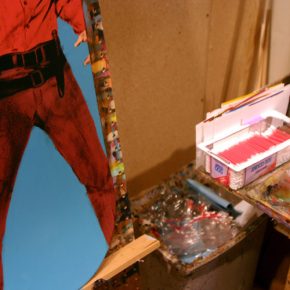 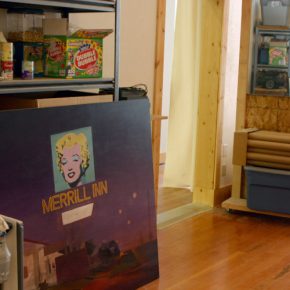 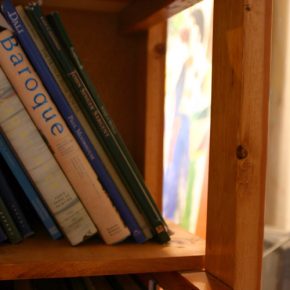 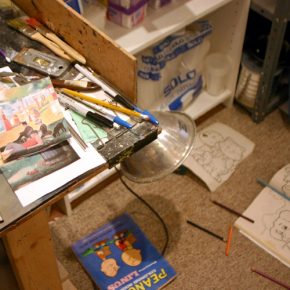 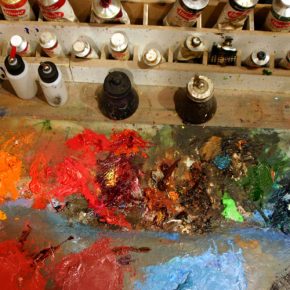 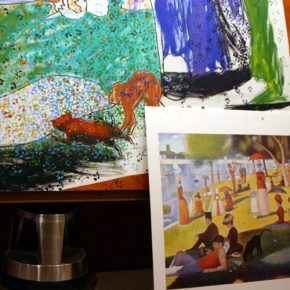 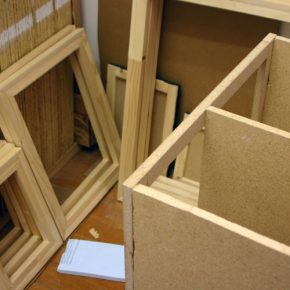 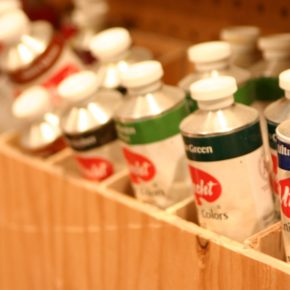 A few years ago, Ben Steele and his wife, Melanie, left Salt Lake City for the relative isolation of Helper, Utah. One of the benefits of living in such a small town is inexpensive studio space. What is now Ben’s studio space has served just about every purpose imaginable in a small town: a cleaners, a beauty shop, a jewelry store, a clothing store and even a ballet studio. An interior doorway joins Ben’s studio and office (about 90′ x 13′) to adjoinging space of equal size that serves as a workshop and gallery space. The gallery is open during the annual Helper Arts Festival in August, during Helper workshops, and whenever Ben happens to be around and locals or drive-through-people pop in. You’ll find little of Ben’s finished work if you stop by. It all goes quickly to one of the Coda galleries. Park City Coda will feature Ben’s work at the end of this month.