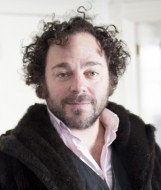 Called a “dizzying, rhapsodic, and thrilling book that challenges readers to think about how we live, love, and die,” A Song of Ilan is author Jacob Paul’s second novel. His first, Sara/Sarah (Ig Publishing, 2010), told the story of a Jewish woman who, after her parents are killed in a suicide bombing in Israel, takes her inheritance and  leaves on a six-week, solo kayaking trip through the Arctic.

Paul, who lived in Utah during his graduate student days at the University of Utah Creative Writing Program, returns this time around still steeped in Jewish culture and the politics of Israel-Palestinian relations. In Song, however, Ilan is an American-born Israeli who while on leave in Tel Aviv during his mandatory military service, shoots a female suicide bomber and becomes a local hero.

But that’s just the beginning of this “philosophic meditation on the interplay between religion, violence, and personal faith.” In fact, haunted by the memory of his killing of the Palestinian woman,  our hero is found haunting the New York subway system himself with explosives under his coat. It is Ilan’s desire for God, apparently, that drives this narrative in the introspective, at times tortured Jewish voice that we’ve come to expect from the author. “Through Ilan,” writes Mark Levine, New York City Council Member and Chair of the City Council Jewish Caucus, “we see how a direct relationship with God (or the hope for God), divorced from the structure of religious institutions, might take the form of romantic love, and in that relationship’s crisis, take on the perils, obsessions, and violence of that love.” 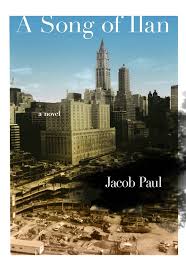 Author Jacob Paul will be reading from A Song of Ilan Friday, March 13, 2015 at The Kings English Bookshop at 7:30 pm. Not only will he be available to sign his book, but it may be a good opportunity for aspiring and established writers to learn more about the unique, admittedly unorthodox, publishing house (Jaded Ibis Productions) that Paul has selected to bring out his second book.

Tagged as: A Song of Illan, Jacob Paul, King English