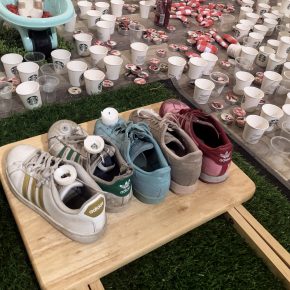 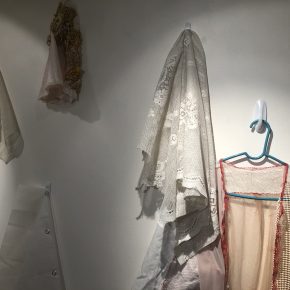 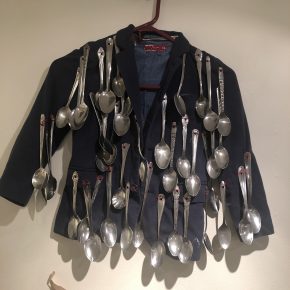 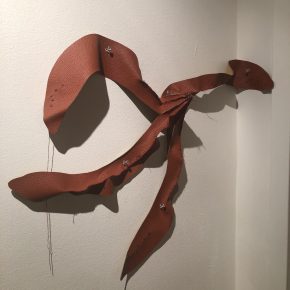 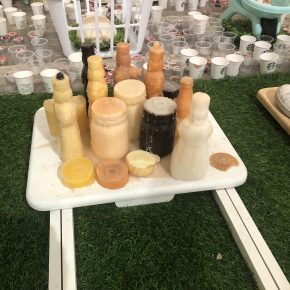 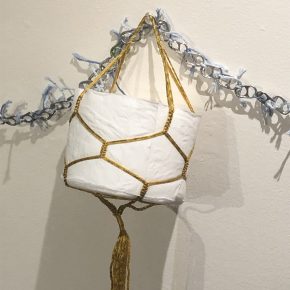 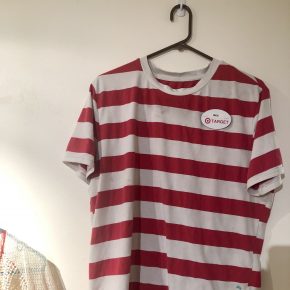 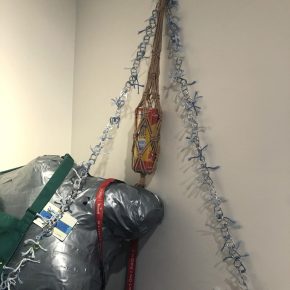 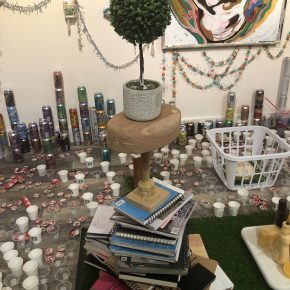 There are three levels at work in Bea Hurd’s It Was Their Third Cup of Coffee. At the bottom is physiology: the human body and the human brain, each in competition for the same resources. It’s well known that while the brain makes up only 2% of body weight, it uses 20-25% of the body’s oxygen and glucose — in short, energy — even at rest.

The next level is vocational. Few artists are able to support themselves through their art. Many have day jobs, which are notorious for requiring shifts and schedules that make it hard to find time for healthy meals, or meals at all. One common result is a nutritionally demanding job done on a diet of sugar drinks and snacks.

The third level is creative. Artists with part-time jobs have to find the time, between working and sleeping, to make art. Just how much energy that takes remains unknown. A part-time artist with a part-time job has at least two competing energy demands. It’s known that the brains of children, while they are growing up, can use 60% of the body’s energy resources, but no one (no surprise) has done the research to find out how much in resources creativity costs.

During a recent spell as a visiting artist at the Bountiful Davis Art Center, Bea Hurd took advantage of the studio space provided by the center to accumulate artifacts of these three layers, and of what she terms “the push and pull of creativity maintenance under the demands of consumerism, materialism, and capitalism.” We need to note that this is not the subject of any sort of tract, screed, or study. She has arranged the evidence into an engaging, creative display that, like any work of visual art, is meant to be apprehended by the eyes alone. Given a few hints to start with, primarily a poem scrawled on the wall and the customary brief artist’s statement, the rest is pure aesthetics.

It is a fine leather.
Their Hands, that is.

They own bags of drooping skin
Stored under eyes.
And read clock hands like gospel.
It’s their third cup of coffee, that, to the Left of them.

Gaping pores are made evident under fluorescence;
Lake caverns, they allow for the collection of dust, sweat, and perseverance.

It was hope that kept a return.
It was this hope that allowed exhaustion to rest snuggly on their forehead.

They tell themselves it’s okay. Reasonable, even.
But thoughts become muffled behind knees that Jitter like Ratchets.
They leave their faith to the insoles under feet
And put their strength to the Bottom of drinking cans.

It take 3 minutes to heat up dinner.
7 minutes to eat.
20 minutes spent in silence along side the faithful.

Refuge is the office candy Bowl.
Not in taste, But in Copious allowance.

Office Candy Bowl goes to thighs, hips, folds of the back.
This is taking up space, always allowing for more.

This is Victory They can not taint.

Bea Hurd: It Was Their Third Cup of Coffee, Bountiful Davis Art Center, Bountiful, through July 16.