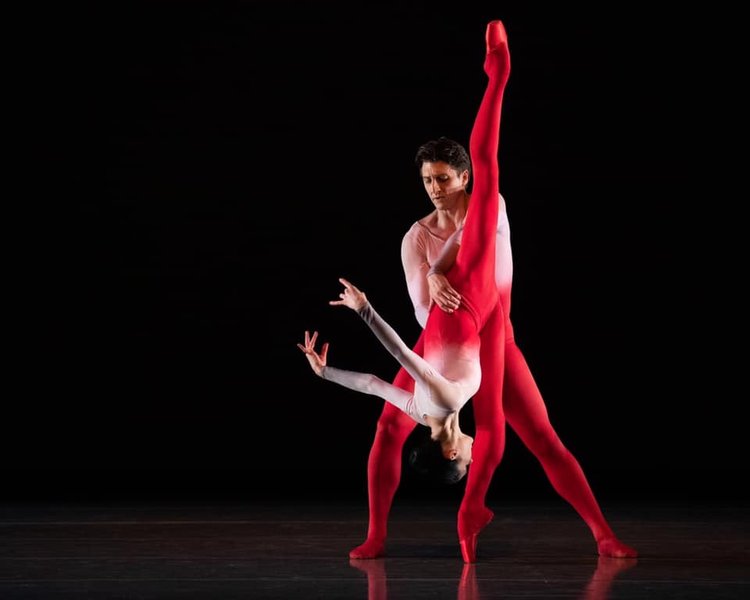 Ballet West principal artists Christopher Ruud, who retires from the company following the conclusion of the Choreographic Festival, and Beckanne Sisk in Edwaard Liang’s Constant Light. Photo by Beau Pearson.

The future of ballet may very well look like the third annual Choreographic Festival presented by Ballet West, only more so. The performance itself was breathtaking. The sheer range and breadth of artistic perspectives, institutional development and support, and scaffolding of public engagement made it an unforgettable experience.

A night of mixed repertoire is expected to be stylistically diverse. The Festival’s choreographic works were diverse not only in style but also across vital metrics that may be consistently problematic in the culture and institutions of ballet.

Three of the five choreographers presented on the program were women, a noteworthy majority in a field in which women are radically underrepresented, or tokenized, in the commission and presentation of new works. A United States premiere performed by the Scottish Ballet and a premiere by the artistic director of another major American ballet company, BalletMet, were presented alongside three creations from Ballet West company artists. The Ballet West choreographers represented different ranks from within the company’s internal structure, as did the dancers each choreographer featured — ranging from the corps de ballet to principal artists.

In addition to the Festival’s performances, a screening of the documentary film Danseur on a previous night, with a post-film discussion led by professor and journalist Kate Mattingly; a visual art installation showcasing local artists; and a preperformance lecture/Q&A with the program’s choreographers deftly mediated by Ballet West artistic director Adam Sklute all worked together to enliven the intimate Rose Wagner Performing Arts Center with a sense of community and critical viewership.

Sophie Laplane’s “Sibilo” opened the program with a joyful provocation superbly executed by the Scottish Ballet, for whom Laplane is choreographer-in-residence and a former dancer. As mentioned in the program notes and elaborated in the preperformance lecture, Sibilo began as a silent duet articulating the two dancers’ personalities. The conceptual framework was drawn from pairing the duet with a whistled song, which then led to the commission of the original score and expansion of the ensemble piece.

The whistling theme threaded through an electronic pulse and drone, pacing the shifting vignettes. It began with four pairs of men in suits and women in dresses dancing in stunning unison. Fluid transitions through angular and iconic postures set the tone. A woman shed her outer layer to actively reveal (fantastically costumed) nude-colored top and bottoms and then began a quirky and intricate duet. Many iterations of duet, trio, and ensemble followed, with different facings, pacing, and affective quality, including a gorgeous dance that twined two men together and apart through the arms of one suit jacket. Other clothing articles were whisked into the wings by wire; the donning and shedding felt like an integrated allegory for personal revelation but never a gimmick. The end was familiar but fitting, the dancers in a line downstage facing out. They fully committed to individual signature movements, which the audience was by now conditioned to recognize, and, then, together executed the signature motif of a full-body shimmy that really must be seen to be believed.

The three works by Ballet West choreographers followed an intermission. First, principal artist Emily Adams interpreted archetypes with the highflying, and thoughtfully cast and costumed, “But A Dream.” Though occasionally overwhelmed by the music and widely spaced freneticisms, the piece was an effective exploration of interacting and contrasting qualities, and reminded me of early Ballets Russes collaborations with the Surrealists. Assembling a trio of Tyler Gum, Arolyn Williams, and Jordan Veit as The Seekers, all clad in modish gender-neutral garb, was a pitch-perfect decision. Corps artist Olivia Gusti completely inhabited Adams’ mode of graceful strength as The Racer.

Ballet West first soloist Katlyn Addison’s “Hidden Voices” established a beautiful dynamic with its selection of an Antonín Dvořák string quartet, inspired by African American spiritual music, and the recurrent theme of hummed hymns. This musical choice, and in fact every choice in Addison’s work, indicated a commitment to the marrying of aesthetic beauty and meaningful context – a hallmark of consummate artistry and craft. The primarily classical/neoclassical vernacular was refreshing and evocative. Particularly moving for me was the stunning Gabrielle Salvatto in the Humming Section as well as the return to the stage of new mother Allison DeBona.

Demi-soloist Trevor Naumann’s disquiet was unsettling, as its title forewarns, but quite crowd-pleasing. My initial reaction was to note the strikingly vampiric quality of the undulating, scantily-clad Victorian-Gothic cluster. The cluster jerked and contorted, then emerged into controlled chaos, a surprisingly mature expression of themes that could have been less tasteful in hands other than Naumann’s. Hair whipping, lightning quick piqué turns, and group undulations in canon, the combination of which could have easily bordered on too much, were integrated here into something darker and sharper.

Edwaard Liang is both a sought-after choreographer and the artistic director of the Columbus, Ohio-based company BalletMet, following a career dancing with many internationally renowned companies. He is therefore in a prime position to encapsulate what he, Adam Sklute, and Scottish Ballet artistic director and CEO Christopher Hampson espoused in the preperformance lecture: the creation and production of new work in collaboration with company dancers, in support of their company dancers’ artistic growth.

It was clear that Liang has a strong stylistic vision, and — as readily apparent — that he recognizes and values the strengths and qualities of the Ballet West dancers on whom he set his new work, “Constant Light.” The piece began with dancers moving in full silhouette. Warm lighting came up on a large ensemble in ombré unitards, with white on the top that transitioned to red down through the flat shoes and pointe shoes, accentuating full lines.

“Constant Light” was aptly named, evoking an unremitting beauty that the piece achieved both technically and expressively. Innovative partnering and interesting formations and spatial densities enlivened the abstract interpretation of string and piano concertos. An ensemble of men performed some truly lovely fouettés, a step usually reserved for women. Principal artist Adrian Fry looked at home in the style of the piece, especially during a brisk petite allegro. Soloist Chelsea Keefer caught the eye with the best onstage breakaway run I’ve seen — a surprisingly difficult task — and held that attention throughout the remainder of her section. The sparing use of silhouette was reprised only once, with a single dancer, who was discernible as the inimitably poised Emily Adams, well before the lights came up. “Constant Light” was a great opportunity to appreciate the individual artists familiar to Ballet West’s audience through different eyes.

Ballet companies face the challenge of continuing to broaden their horizons, while fostering the creative growth of their own artists, if they wish to remain vital. There can, and will be, documentation that addresses gender inequities in ballet through a lens even more inclusive than that of the film Danseur. The same goes for more accessible or immersive venues than the Rose Wagner Center, and for more, and wider-reaching, educational outreach than the preperformance lectures. There will be more interdisciplinary intersections, beyond those of figurative and portrait paintings and photography that depict dance. There will also be greater institutional support for the continuing artistic development of company dancers and choreographers, especially women, and especially women of color (and the list goes on). Having seen the third annual Choreographic Festival, hosted by Ballet West, I am more hopeful than I have been for quite some time that these things will happen — because they have more than begun to happen, here and now. 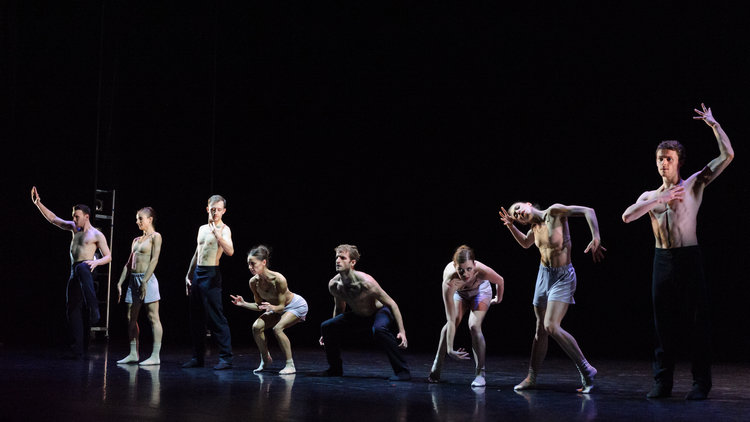 The Scottish Ballet in Sibilo by Sophie Laplane. Photo by Jane Hobson.