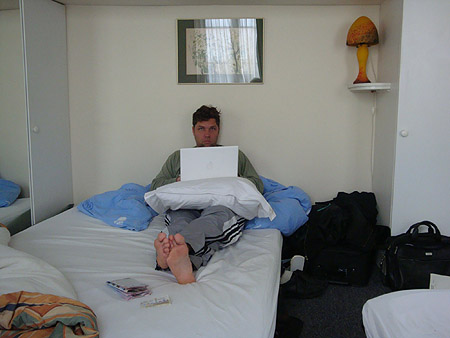 The return to regular routines for children and adults alike this week marks an unofficial end to summer for most of Utah, including those of us at 15 Bytes. During most of the summer we have taken a break from our hectic routine, both on the blog and in the pages of 15 Bytes. But no more. We’ll be out with a new edition of 15 Bytes next Wednesday, and, to prime the intellectual pump, this week we’re reawakening our relatively dormant blog.

One of the items that has caught our attention as we’ve returned to work is a recent piece by Chris Vanocur on ABC’s local affiliate, Channel 4. The piece was titled “Could Salt Lake County sell multi-million dollar art collection to save money?” despite the fact that apparently no one, besides Vanocur, is even suggesting that possibility. As Vanocur reports, over the past 3 years the County has spent $85,000 on art (that at one point in the reporting this is called “nearly $100,000” suggests these journalists may not be the best people to keep track of our money). The piece fails to report that over half of that amount was spent in the first half of 2008, prior to the economic crisis. And while the last third of the piece mentions that the County art budget has been cut, it does not say by how much. In 2010, the Salt Lake County art budget was only $10,000 (or about one penny for every citizen in the county). Thankfully Vanocur’s piece does mention a few important points: that the Salt Lake County Art Collection is the largest collection of Utah art on public display, and that all the work is in public view. We’ll add a couple more: the County Collection art budget is used exclusively on work by Utah artists, so the money spent goes back into the local economy; and the well-respected collection attracts out-right donations as well as reduced pricing by artists and galleries so that the value of the collection exceeds its price.

When Vanocur couples the County’s art collecting with ominous phrases like the “worst economic stretch since the Great Depression” we wonder if he realizes that the State’s public art collection was begun during the Depression of the 1890s (and has yet to be auctioned off), or that the 1930s saw a flowering of art projects throughout the state, including collections in many of our public schools. We also wonder if Vanocur will soon be “following our money” to other County programs and asking if the Salt Lake County parks should be sold to private developers to make up for budget shortfalls, or if the County library system should sell off its books, movies and DVDs.

Vanocur’s piece made us consider two salient factors relative to our own project here at 15 Bytes: the perception of the arts’ relationship to the economy, and the state of journalism.

On Marketplace’s Monday PM edition, Bill Radke spoke with Randy Cohen about the state of arts non-profits in the country. In his wrap-up Radke referenced the importance of the arts for the economy: “There’s 100,000 nonprofit arts organizations. That supports 5.7 million jobs in this country. If you’re a company or a government worried about jobs, that makes the arts a smart investment.” While well intentioned, Radke may be making the wrong argument from an economic perspective.

As British economist John Kay points out in a recent essay, it takes a good economist to know the “true value of the arts.” The value of the arts, writes Kay, is often spoken of in terms of jobs created, incomes paid. But according to this type of reasoning we could also say “disease is good for the economy.” “In Britain, more than a million people are employed to diagnose and treat disease and care for the ill . . . Illness contributes about 10 per cent of the UK’s economy: the government does not do enough to promote disease.”

Kay says, “the economic value of the arts is in the commercial and cultural value of the performance, not the costs of cleaning the theatre. The economic perspective does not differ from the commonsense perspective. Good economics here, as so often, is a matter of giving precision to our common sense. Bad economics here, as so often, involves inventing bogus numbers to answer badly formulated questions.” Read his full essay here.

Another recent radio program explores the second topic Vanocur’s piece on the County art collection brought to mind: the state of journalism. Vanocur’s chosen journalistic medium, television, favors attention grabbing headlines and simplistic sound bytes to reasoned analysis and in-depth reporting. Traditionally we turn to print journalism for this latter type of reporting. Doug Fabrizio’s recent Radio West segment on the future of the Deseret News and the current state of journalism may make you wonder if there is any hope of survival for this more informed mode of journalism. We found the program interesting in light of our own “journalistic” experiment (now nine years old) at 15 Bytes. Talk of “disruptive change” made us think of our own network of volunteer reporters and critics. As the Radio West program points out, this model for journalism can be very dangerous when it comes to reporting on politics and local civic news. But what about the arts? Is the coverage of the arts in 15 Bytes better or worse than what it was/is in the papers?

disclaimer: 15 Bytes editor Shawn Rossiter currently serves on the Salt Lake County Art Committee. But you might have already figured that out.