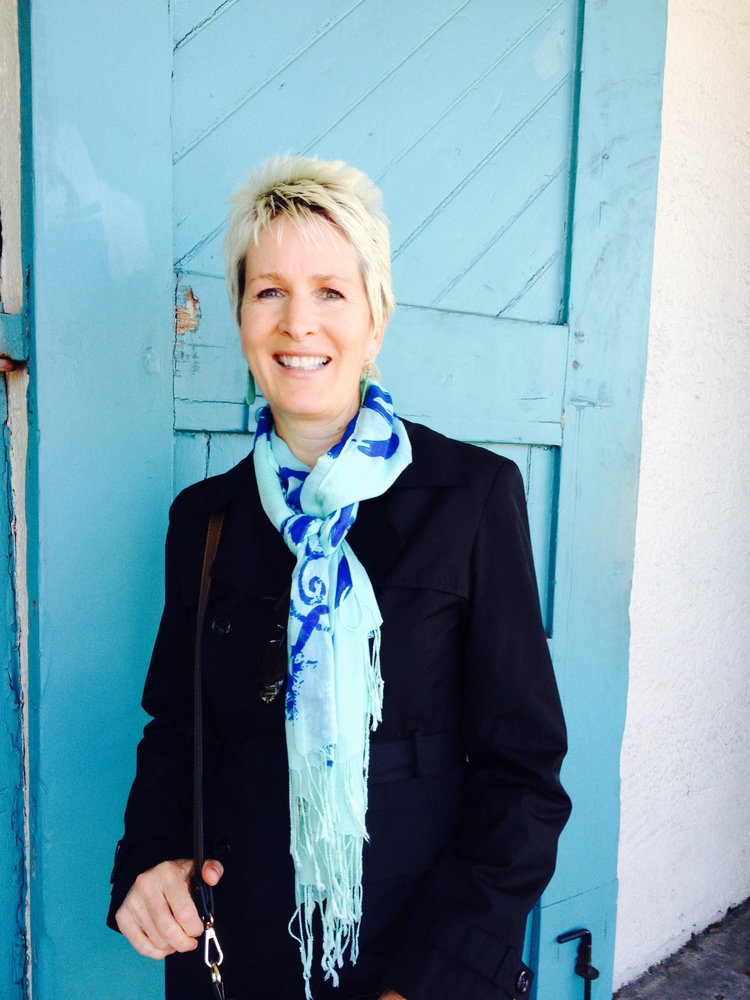 When you walk into Professor Carrie Trenholm’s office at Southern Utah University, you cannot help but notice the brightly colored glass and ceramic pieces that adorn her shelves and desk. There is a crisp, creative energy in the air. Carrie is the Endowed Chair and Assistant Professor of Elementary Arts Education at Southern Utah University, and has received the Governor’s Education Leadership in the Arts Award for 2015.

A brief biography of this inspiring, creative woman: Trenholm attended Utah State University where she earned a Bachelor of Arts degree in illustration before moving to Cedar City, where she earned her Arts Education license from Southern Utah University. After earning her license, she taught visual arts at the middle school level for 12 years, and fine arts at the high school level for nine. She then earned her master’s degree in education, and took a job as a faculty member at Southern Utah University, becoming the Beverley Taylor Sorenson Endowed Chair of Elementary Arts Education.

The Beverley Taylor Sorenson Arts Education program works with many elementary students, teaching them the importance of creativity, decision making, and problem solving. It also offers workshops and arts integration courses for elementary educators, including those studying the subject at SUU. Some of Trenholm’s students had the opportunity to teach lessons that they designed to students throughout Utah, teaching different concepts through various avenues of artistic expression. In order to more fully immerse herself in the arts education program, Trenholm learned dance, music, and theater, exploring how these forms of expression interact with other visual arts.

Trenholm’s interest in education began at home. Many of the people in her family were educators, and after graduating with a degree in commercial art, she was inspired to become a teacher. She has had a rich career working with students and artists. She says, “I think what is so fabulous is seeing the impact afterwards, like if I see two and three years later that teachers are still using and adapting what they’ve learned. Sometimes they’ll send a photograph to show what their kids are doing, that, to me, is fabulous. It has made a difference. Not that they’ve just attended and learned something, but that they’ve figured out how to have that change in their classrooms. That, I love.”

Trenholm spent many years building friendships with other endowed chairs across Utah, expanding the program throughout the entire state.  When she began, the program had 15 specialists.  Today, there are more than 130. During her career, Trenholm also spent four years as co-chair of the Utah Art Education Association, along with Arlene Braithwaite, and they worked closely with the Utah Arts Council and the State Office of Education.  Trenholm cherishes the opportunity she had to work in person with Beverley Taylor Sorenson, and has pictures of them together on her desk, next to a large, colorful piece of fused glass.

While Trenholm’s adventures in glass fusing began in 2000, the medium of glass was not unfamiliar territory to her. Her father created stained-glass windows for a Lutheran church, so Trenholm grew up familiar with the processes of cutting and working glass. One of the most influential moments for her artistic growth occurred when she went to Portland and took a workshop with a glass company named Bullseye. She bought a pack of glass, and fired it in a kiln at the high school where she worked, creating, through a process of trial and error, her first glass piece. It hangs in her office window.

Trenholm looks forward to refining her technique, and branching out into doing different styles of glass work, as well as having the opportunity to explore her art more fully. She says that “glass is fabulous. I love it.  It’s just so enticing as a medium.” She has had to have an addition built onto her house for her new 1,600-pound kiln. “I’m excited. I want to go through the whole trial and error process, and learning. I want to start connecting with glass artists and just find out what’s going on. I’m ready to dive into it.” 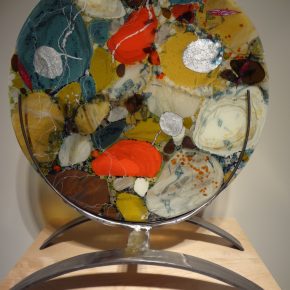 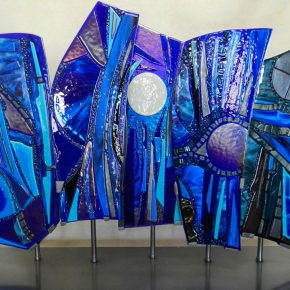 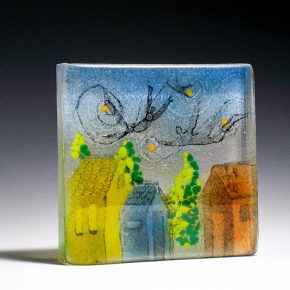 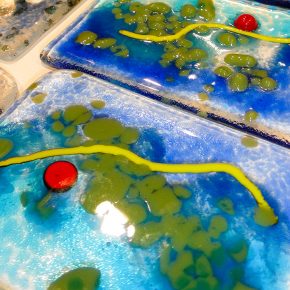 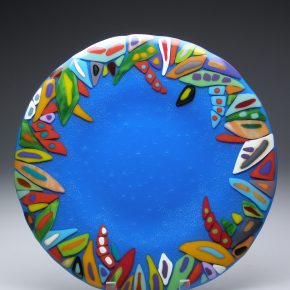 Carrie Trenholm is the recipient this year of the Governor’s Education Leadership in the Arts Award, administered by the Utah Division of Arts & Museums. She will be holding three full-day workshops at the Utah Arts Festival this summer.  Images of her work can be found at trenholmglass.com.