Another Language Upgrade: The Art of Jimmy & Elizabeth Miklavcic 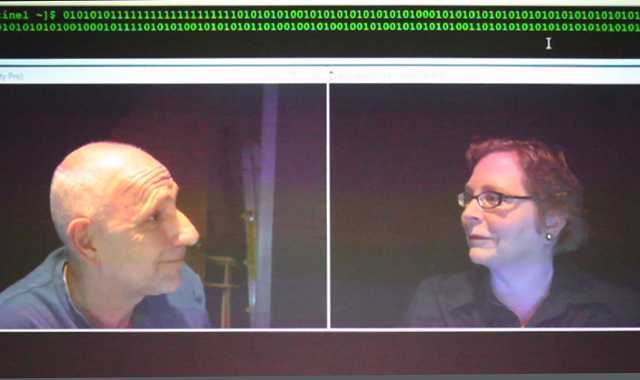 It’s not easy describing Another Language Performing Arts Company. Never has been. When Jimmy and Elizabeth Miklavcic first formed the company in 1985, back when their performances took place on traditional wood-plank stages, they were already adding video, poetry and performance to their choreographed works. When they embraced the Internet’s stage of cables and monitors to begin adding live streaming and telematic cinema to their repertoire, description became even more difficult. Which is why we took the opportunity, as the Miklavcics prepared for the 2.0 version of their telematic performance Duel*Ality, to let them tell their own story. Appropriate for the month of February, it’s a love story. It’s also a story about creative passion, technological exploration and what to do with all those ones and zeroes.

Tagged as: 15 Bytes, Another Language, by Shawn Rossiter