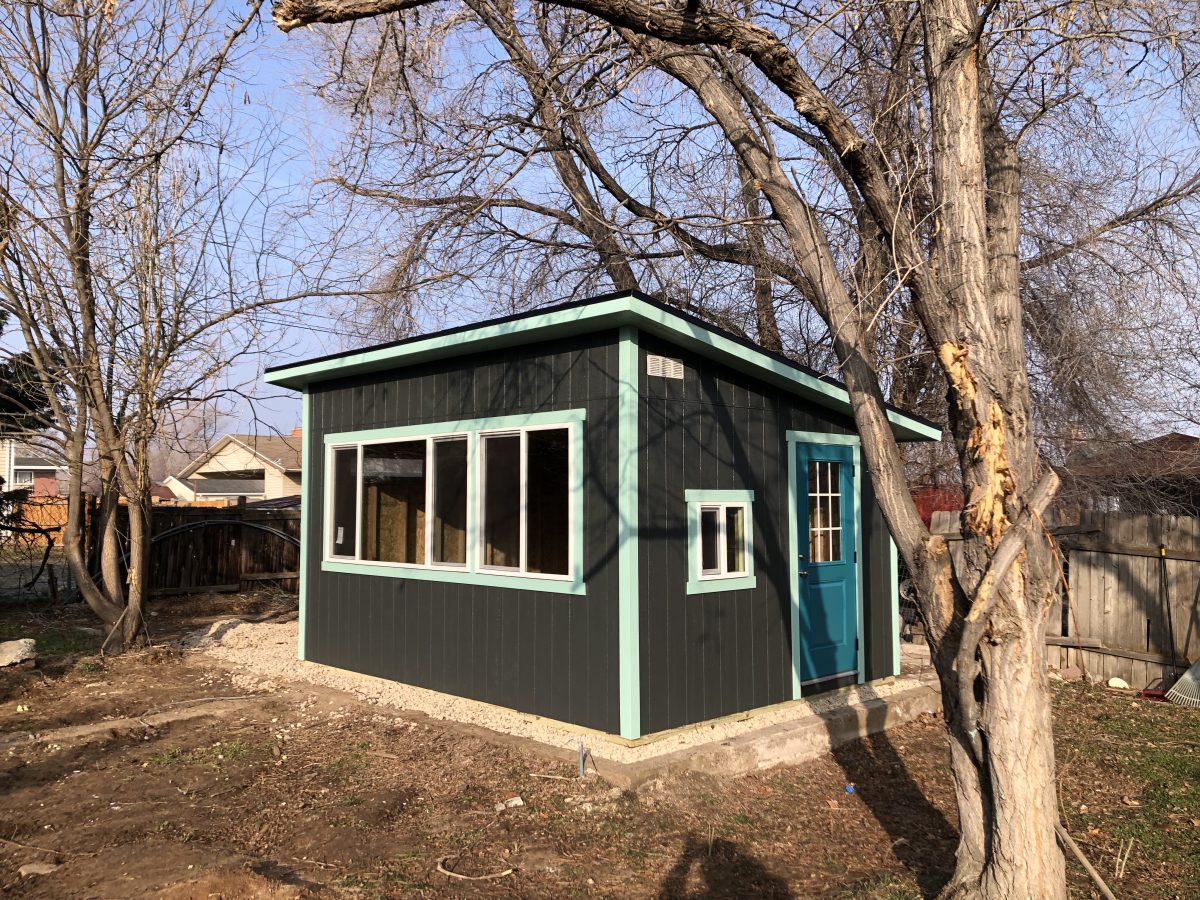 Newest of all in Anna Pottier’s art-world is her studio, just built in the backyard of her home in West Valley City. The 12 x 16-foot purpose-built space replaces a derelict 40 x 22-foot chicken coop/horse stable. It contained pale turquoise and peacock blue woodwork dating from at least 1943. Those colors were reproduced for the trim in homage to the past.

It is this awareness of time, how nothing remains the same, that has haunted Pottier since her childhood in a small Acadian village in rural south-western Nova Scotia. “Art is a means to stop time and, if it’s especially good, a way to cheat death,” she says. While that idea lends a unifying theme to her work, Pottier trains her eye on a wide range of subjects. “A painting can evolve from a memory, sometimes an idea, but, most often, it will come from an image that stopped me in my tracks for its unusual perspective, colors, and forms.”

In preparing for the 2021 Lubbock Arts Festival, Pottier realized that her work divides into roughly three categories, i.e., quiet, interior, somewhat “feminine” still lifes; robust exterior landscapes and what could be deemed “guy stuff”; to say nothing of darkly humorous (but never cruel) sardonic takes on life. 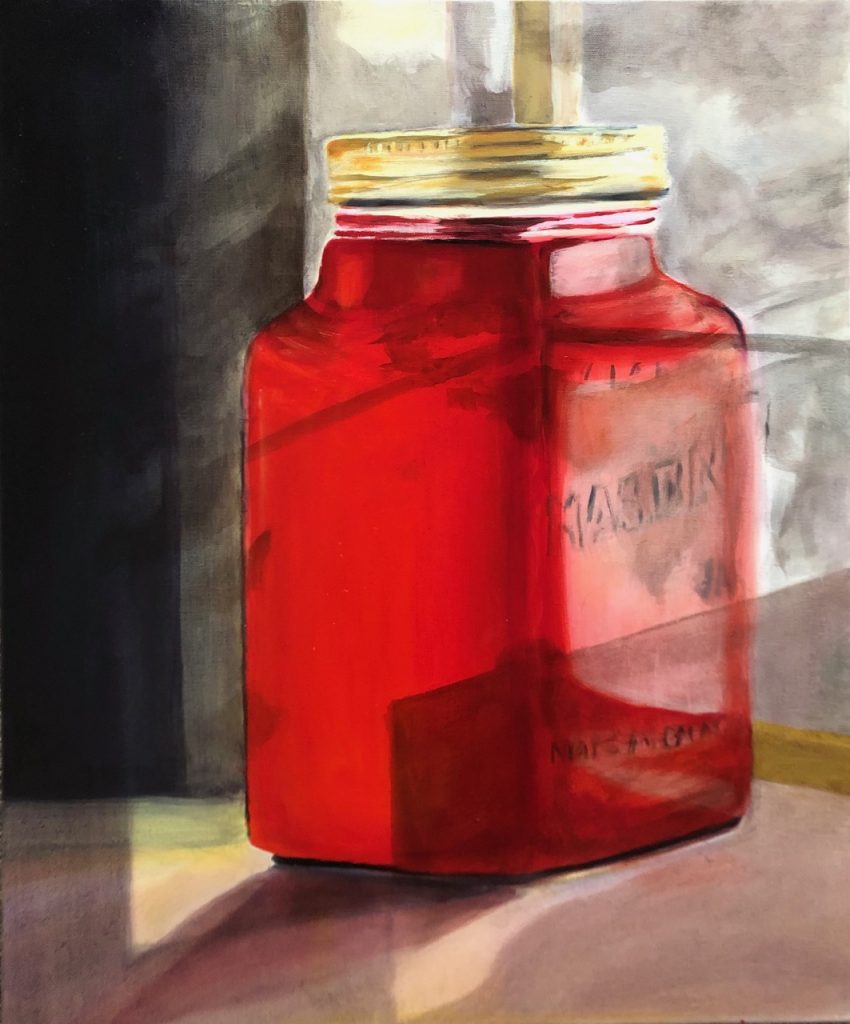 “The Last of Her Red Currant Jelly”, 24 x 20 inch oil on canvas, a portrait of Pottier’s mother’s red currant jelly, and an example of the “quiet, interior still life” pieces. 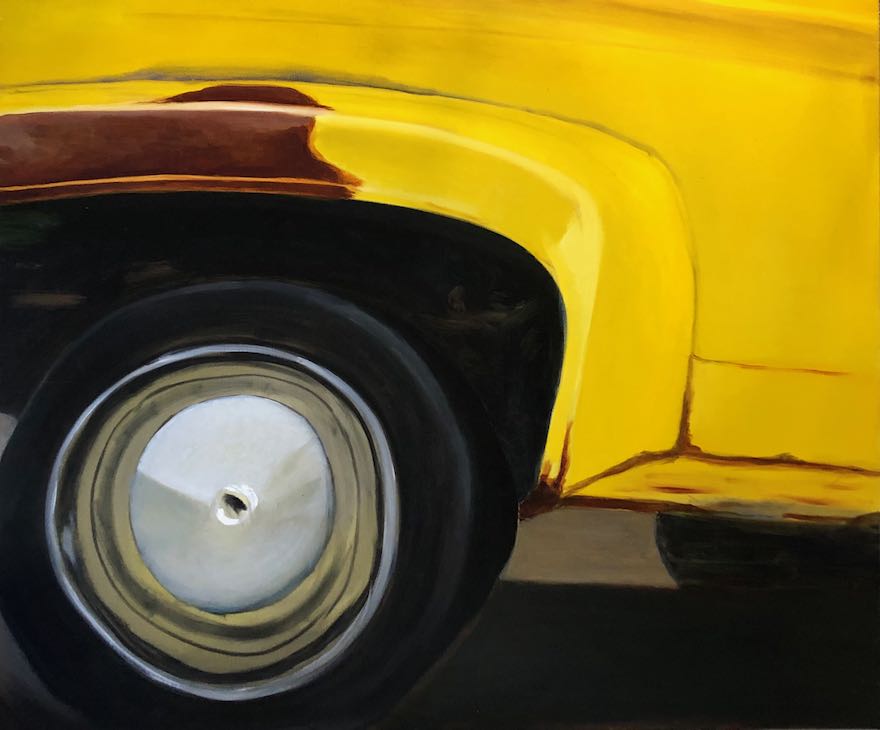 “Yellow Fender in the Rain”, 30 x 36 inch oil on linen, in progress. Based on Pottier’s photo of a truck parked outside Fuzzy Nate’s, a local barber shop. It’s about the forms, colors, the almost feminine shape of the fender, slick with rain.

“Death by Cigarette”, 10 x 20 inch oil on canvas, one of six in the “Death by” series, representative of Pottier’s sardonic humor.

She says that epiphany proved something of a breakthrough in that all paintings in progress since then are keyed to enhance those three facets. Pottier began painting in 1995 while living in Montreal where she’d lived with her first husband, the poet Irving Layton. “It was an extraordinary experience, but a vast age difference brought the union to a natural, amicable conclusion,” she says. Still, the aftermath was harrowing and she felt words could not convey what she was experiencing. Colors, however, could. She went to the Concordia University art supply store and asked what was needed for oil painting. “Red, yellow, blue, white, and black, but don’t use black. Learn to mix your colors,” she was told. And that’s how it started, using oil on paper, canvas boards, learning by doing.

Love and landscapes brought her to Utah in 2010, where she married and, with her husband’s unstinting support, she was able to complete her memoir, Good As Gone: My Life with Irving Layton, published by Dundurn Press in 2015; become an American citizen; and spent four summers driving a water truck doing dust control in two aggregate pits and some construction sites. In early 2020, she quit in order to paint full time. “It’s been a long haul, being an outsider and a complete unknown,” she says of her art career. “Slowly, that’s beginning to change.” 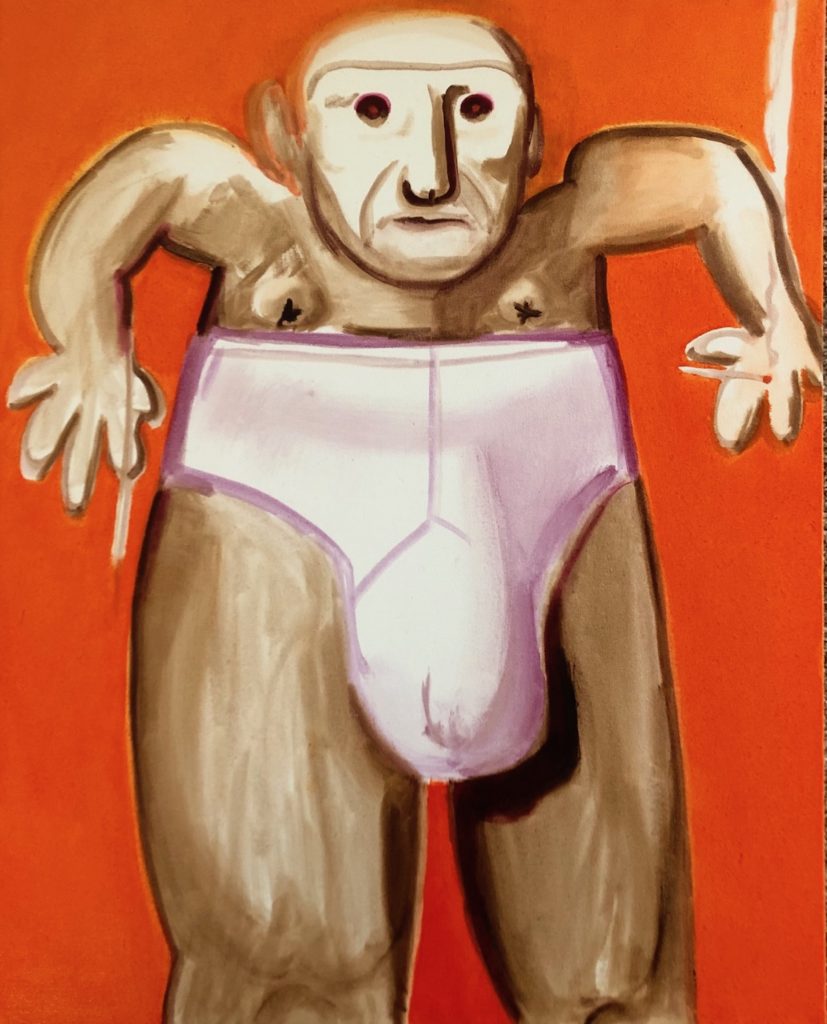 “What I Think of Picasso,” a recently sold 30 x 24 inch oil on canvas. If Picasso can fracture and distort women, Pottier says she can take liberties too.

Having just returned from Dallas/Ft. Worth, where she gorged on art and took in three “once-in-a lifetime shows” – Milton Avery; William Turner; and Vincent Van Gogh’s olive trees – she is ready to set herself up in her studio. Her first project is an idea for a show based on selected photos of her childhood home, documented after her mother’s death in 2011. Paintings will be made from several of the photos, and there will be an audio- visual component of images and voice-overs in Pottier’s native language, Acadian French as well as English. “The show aims to highlight a very specific Acadian home as well as explore the very notion of time and place in which we all can find ourselves ‘at home.'”

Meanwhile. look for Pottier’s work in local shows and festivals. Now that she has a studio, she looks forward to welcoming visitors and clients curious about her work and practice. You’ll find more of her work at www.annapottier.com and www.instagram.com/anna_pottier. 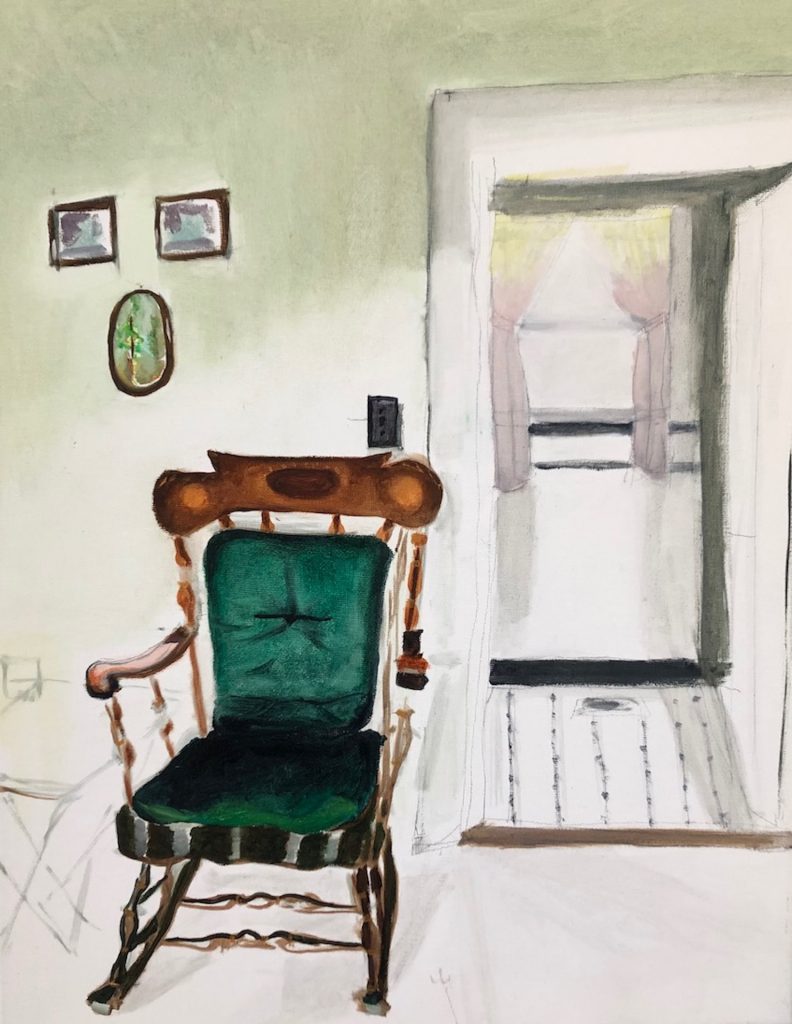 A painting based on one of the photos Pottier took in 2011, documenting every room in her childhood home, built in the early 1800s. The empty chair denotes its owner by her absence.