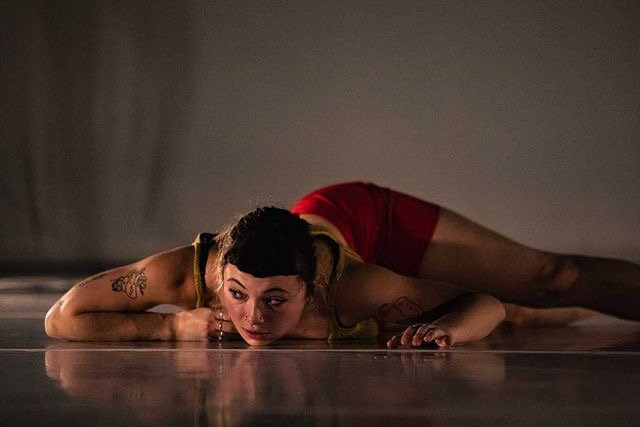 Rachel Andes in the opening solo of Rebecca Aneloski’s Fourteen Failures this weekend at the Rose, photo by L.M. Sorenson.

Industrial lights in hand, five female dancers shared the stage for the opening of Sandbox this weekend at the Rose Wagner. The opening soloist, Rachel Andes, pushed boundaries physically and her commitment was breathtaking. The remaining four dancers – Melissa Younker, Haleigh Larmer, Kellie St. Pierre and Laura Baumeister – followed Andes with their lights. No music for this collaboration by And Artists: the dancers embraced the silence and filled it with breath and laughter. All that was heard were the sounds of the audience and dancers’ responses to each other. These casual encounters pulled the audience in and kept our attention for nearly an hour.

Once the first solo was over, the lights were hung up and the intimate setting opened to include all five of these Bold, Bad-ass, Beautiful women. Simple but colorful costumes allowed the dancers’ movement to shine as they switched seamlessly between partnerships, solos and a short section of unison. Each dancer took their turn showing what they had to offer and making the choreography their own. These five women work so well with each other. And Artists chose such an incredible group of artists to present this piece. Their strength, commitment and friendship shone as each section played out in front of our eyes. Changing notecards in the left lower corner of the stage allowed the audience insight into the choreographic process at play. The dancers seamlessly changed these cards, the transitions so subtle I almost didn’t notice this beautiful little recurring surprise. 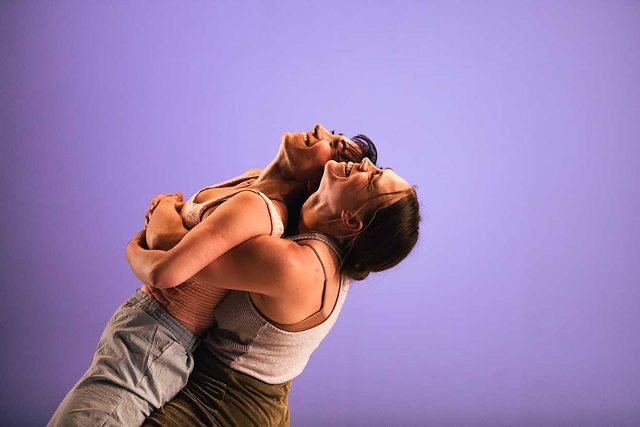 St. Pierre above and Larmer below, photo by L.M. Sorenson.

After a brief intermission, Dan Higgins presented his newest work. This included another group of five local artists, traditional theater lighting, and varied but cohesive costumes for the performers. Higgins’ piece also opened with a soloist, Cameron Mertz. Her commitment to staccato and sharp movement was in beautiful opposition to her flowy, smooth costuming. Sharp, clear movements prevailed throughout, showing off the work’s skilled performers. Unison sections were so in sync I believe they could have done them with their eyes closed. Performing without masks, facial expressions added to the movement something that audiences have missed for almost two years now. There was not only emotion bleeding into what the body was doing, but their faces matched these feelings. After a unison section, a partnership – Kayla Hansen and Bashaun Williams – took the stage in a display of trust and strength. Hansen soared through the air and effortlessly transitioned back down to the ground and into new movement without a hitch. Here, Higgins highlighted Williams’ strength, and yet there was a sense of artistry that was feminine but masculine at the same time. His capability to encompass both is such a rare find. Higgins also chose to highlight Hansen’s beautiful female lines and flexibility throughout this astounding duet. You could tell that they had spent hours rehearsing together and building on a natural artistic chemistry. 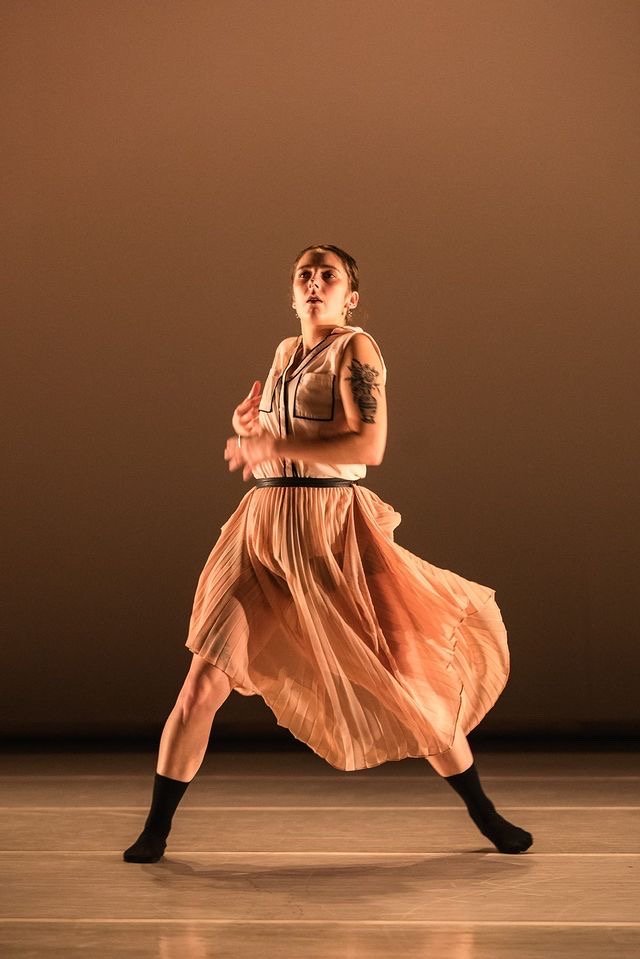 Cameron Mertz in her solo, photo by L.M. Sorenson.

Lastly, Mertz entered again and danced through the static. Her movement took turns going with what was coming through the speakers but also sometimes pushing strictly against it. A soft spot light showcased her quick, sharp kinesthetic signature. With a slow fade to black, these artists closed the show and all bowed together to a standing ovation. And Artists and Dan Higgins put on a great show. They created a sense of space for the community, a place for where both artists and non-artists felt invited to savor in the choreographic process. 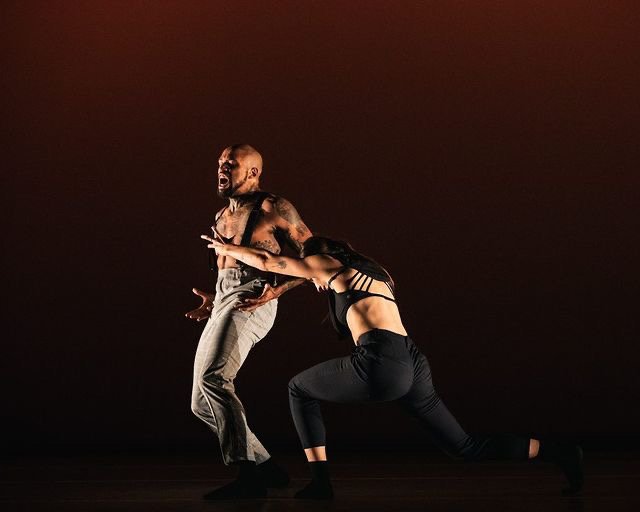 Alexis Guerrero is a Salt Lake City born and raised dancer and choreographer. Creating and performing for the majority of her life, she will graduate in 2022 with a BFA in Modern Dance. She recently performed in a new work by local artist Alex Barbier and will present a work of her own this spring.