Handwritten in Analogue: Analogital at UMOCA 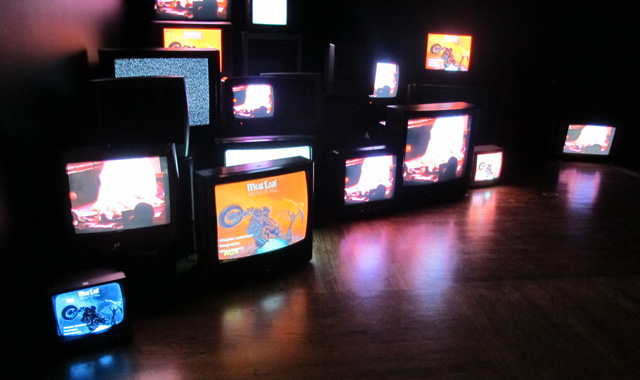 These days many people seem to have nostalgic feelings towards technologies of the 1980s — when the personal computer was still emerging with its DOS program and huge floppy discs captured and shaped our lived experience. Because our lives were once recorded on clunky video cassettes and our most intimate feelings expressed through mix tapes, the analogue has come to represent the tender beginning of what is now the ultra-slick technological and digital age. And hipsters, through their pervasive ironic living, don this nostalgia more than anyone. Even if it is just a postured longing, as writer Christy Wampole points out, for technological times they’ve never actually experienced.

A reflection of this cool & ironic nostalgia is present in Austin Kleon’s book Steal Like An Artist, where the author insists that writers should escape the daunting neutrality of the digital computer screen and return to using their hands, to what he calls the analogue approach of pen and paper, the fixed gear bike of writing. He says it makes the work feel like play; while conversely, the digital always feels, even in its most raw form, polished, published, and final. 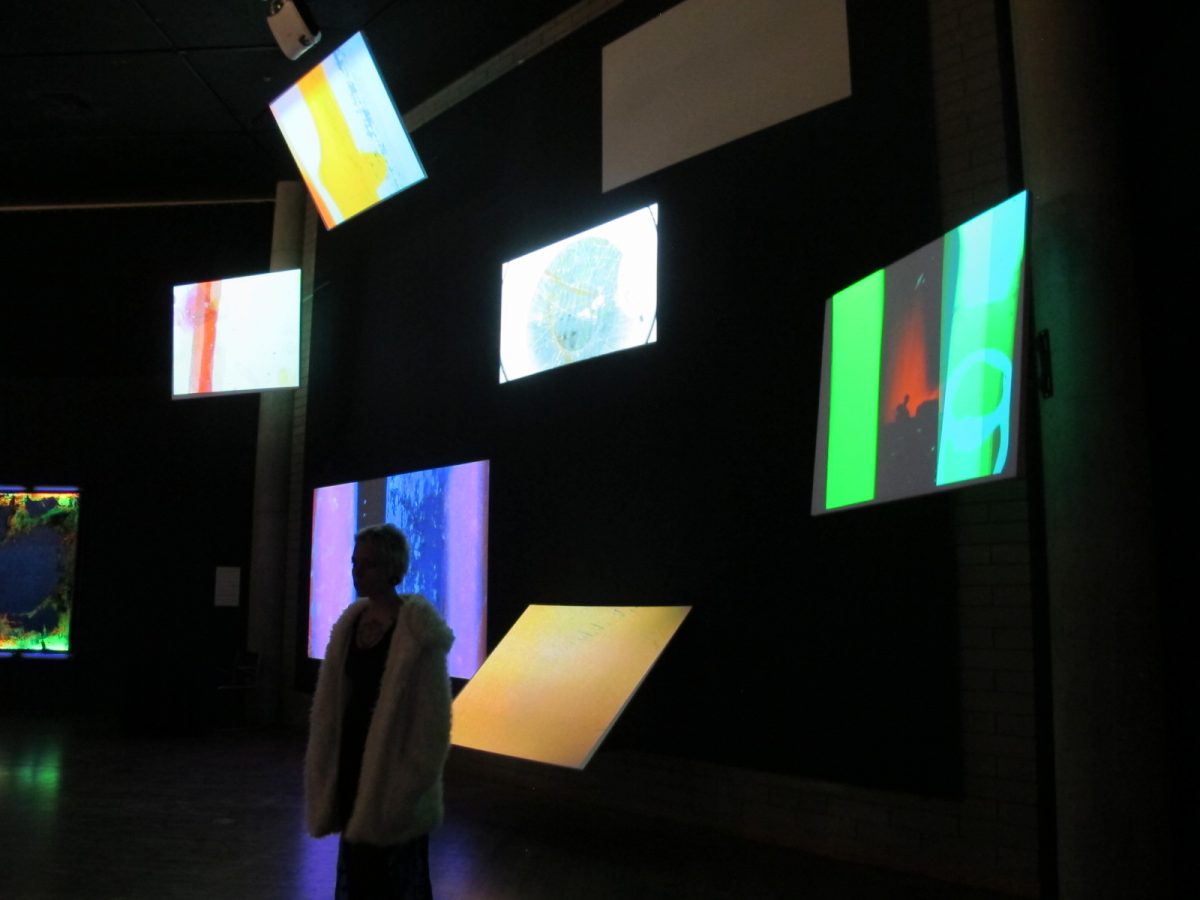 So as a commitment to what Kleon calls the analogue, and to embrace contemporary (if ironic) nostalgia for outmoded mechanisms, I began this article, scratching notes off the grid and on the faint blue lines of spiral bound paper — because the tension between analogue and digital writing serves as a useful tool in which to examine the Utah Museum of Contemporary Art’s (UMOCA) newest exhibition, Analogital. A neologism coined by exhibit curator Aaron Moulton, “analogital” is, he says, first an adjective and secondly “a condition resulting from the shift moving from film grain to computer pixel.” 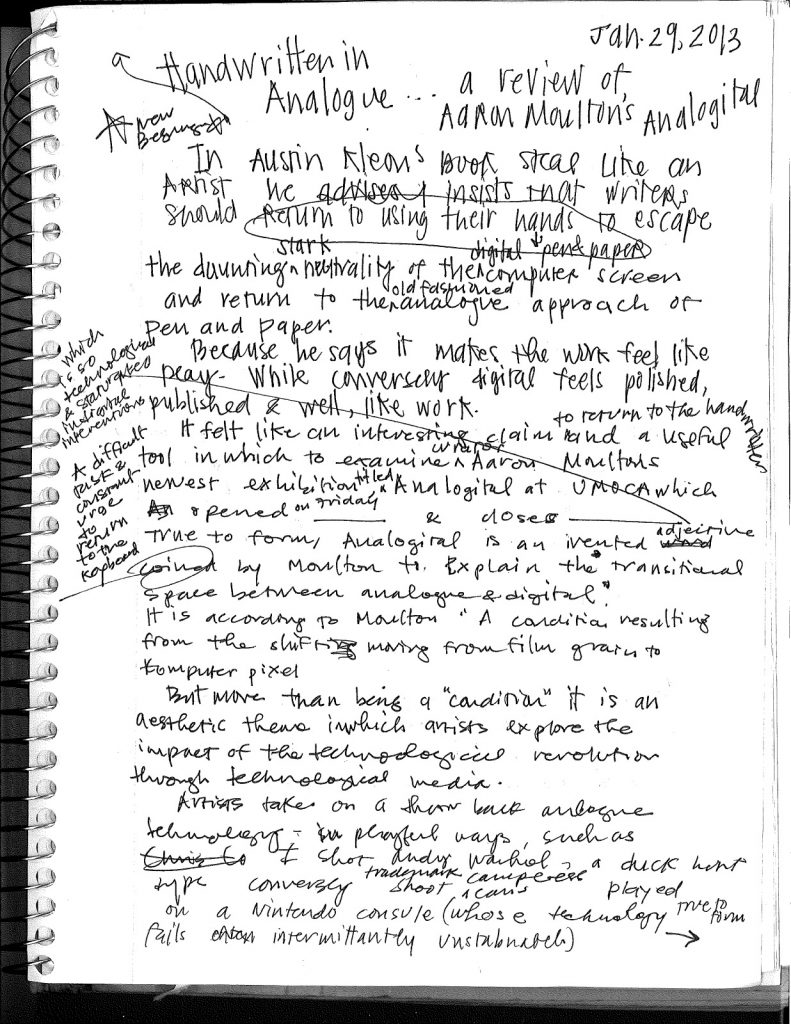 Laura Hurtado’s handwritten notes for her review of Analogital.

Collectively, the exhibition is an examination of this “condition,” where artists, using various technological media, take on the analogue or revise and pay tribute to the digital by fetishizing the transitional space between the two. Throughout the exhibition, works are accompanied by what Moulton calls “sensations of aesthetic nostalgia, déjà vu, simulated emotions, generational technology, digital memory and boxy yet granular vision.”

The instability of analogues is made strikingly beautiful in Jennifer West’s seven screen installations showing a collection of 16-35 mm films made by deconstructing the analogue: film is splattered with green dye, exposed to a strobe-light, mixed with Ivory detergent, or taped to the Tate Modern’s main Turbine Hall ramp and run over by skateboards. These seemingly destroyed analogues are then rescued through digitalization and made into moving color fields. 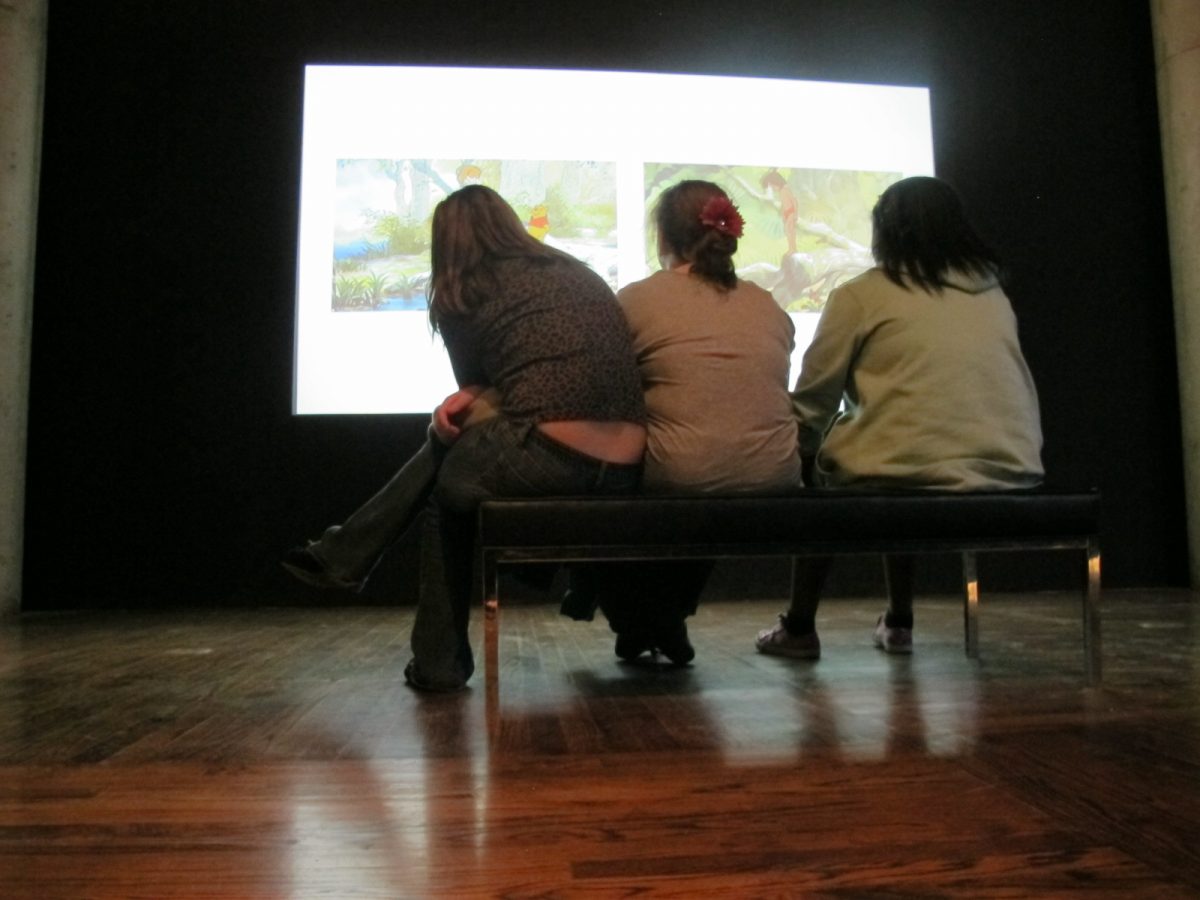 By contrast, color is absent in BYU art professor Daniel Everett’s “Plinth” (2011), a minimalist tower constructed of outmoded printer paper. It is a monument to all things hipster — sentimental, ironic and in many ways, empty of meaning. But perhaps that emptiness is a conscious device on Everett’s part.

In Oliver Laric’s “Versions” (2010), two screens play Disney action templates: Christopher Robin and Mowgli wander strangely through distinct forests, mirroring each other’s gestures exactly, albeit to very different ends. The effect drains the films of their sincerity, rendering them vacant replications, which reminds the viewer of the disorienting contemporary condition of what Jean Baudrillard calls hyperreality. Explaining this version of version of versions, Baudrillard writes, “Simulation is no longer that of a territory, a referential being, or a substance. It is the generation by models of a real without origin or reality: a hyperreal. The territory no longer precedes the map, nor does it survive it.” Laric’s work spells this out. There is no original. There is no copy. There are only versions, maps based on maps, empty of territories and physicality. 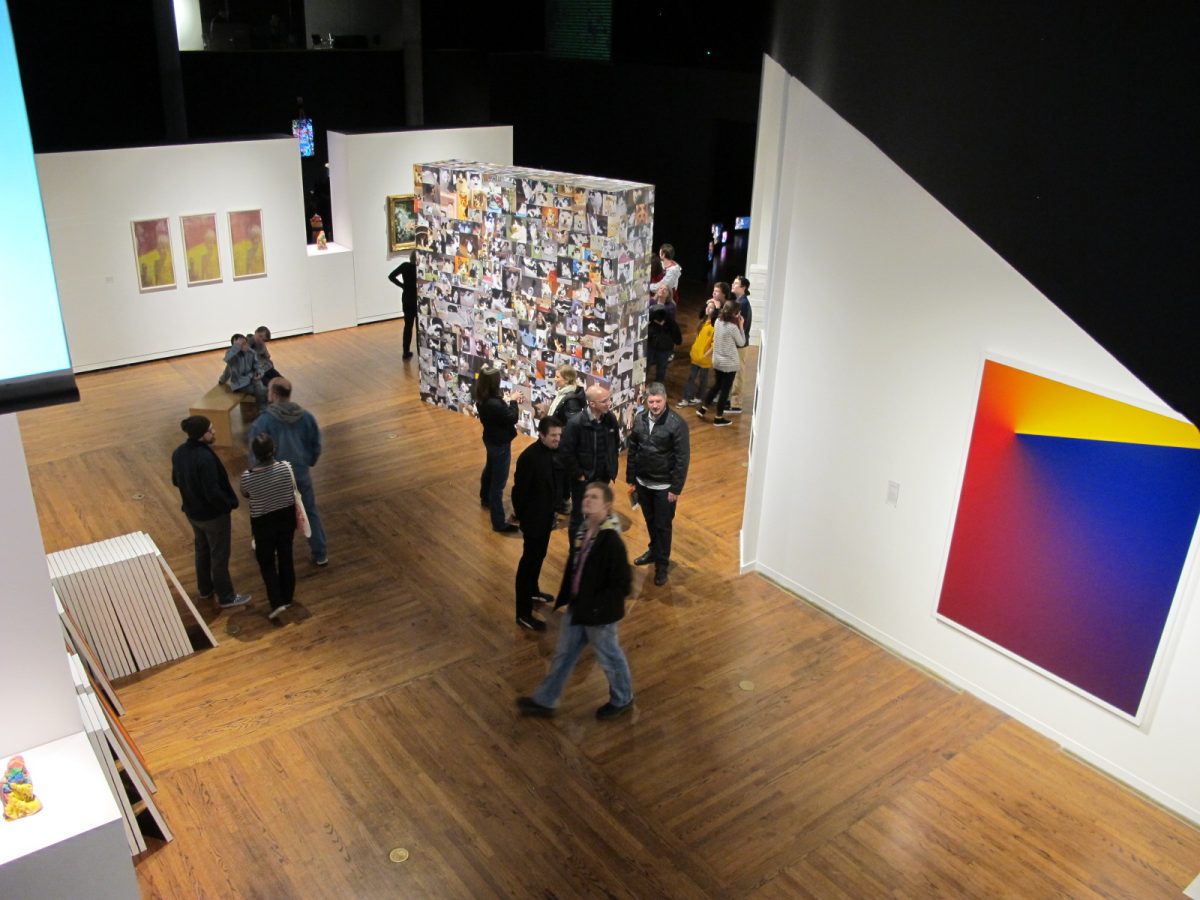 A view of the exhibition, including Rob Pruitt’s “Kittler,”” a collage of images harvested from the website catsthatlooklikehitler.com.

Internet memes are explored in Rob Pruitt’s “Kittler.” The collage of images harvested from the website catsthatlooklikehitler.com turns a functional, partitional wall into artwork. The work is both a playful appropriation of a pop culture and a huge inside joke. The absurdly adorable yet villainous little kittens are a clear reference to former UMOCA curator Micol Hebron’s fascination with the aesthetics of cute and, in particular, alludes to her October 2012 exhibition Mr. Winkle, which filled the street level gallery with over 40 photographs of an abject little dog dressed up in a variety of poses. But in form and function within the gallery space, “Kittler” also makes reference to Adam Bateman’s book sculpture titled “Kittens” from Moulton’s own Cantastoria.|5|

Typical of the elastic quality of Pruitt’s works, these insider references aren’t embedded in the work by the artist, but rather take on meaning only through Moulton’s own curatorial intervention and in his conversation with the larger history of the location. So, perhaps we could say that Pruitt’s work has been hacked: Moulton as Cory Arcangel. In fact, the entire technological exhibition theme makes reference to the annual Sundance New Frontiers exhibition that was, in the past, a UMOCA mainstay in the first months of the year.

So, meta-referentiality and hyperreal versions (upon versions) move in and out of context throughout the space, informing works in their careful arrangement. Meanings remain constantly in flux, situational; and the hipster embrace of the past ensues. Although, as I see it, Analogital is simply (and quite beautifully) an historic snapshot of aestheticized technologies and outmoded mechanisms — nostalgia for nostalgia’s sake. For my part, though, pen on paper doesn’t prove any more playful than fingers on keyboard and so, in the end, I throw out the stylized and outmoded device and ultimatley shift to the digital. So, here it is. My review. Typed in a polished font and published online.

Analogital, curated by Aaron Moulton, is at the Utah Museum of Contemporary Art through April 20.