In 1987 poet Scott Cairns, then a teacher of creative writing at Westminster College, organized the first series of poetry readings at the college. Under Cairns’ directorship, followed by Katharine Coles’, and now under that of Natasha Sajé’s, The Anne Newman Sutton Weeks Poetry Series eventually included such notables as Lithuanian Nobel laureate Czeslaw Milosz, Adrienne Rich and John Ashbery.

Named (and generously funded ) by Weeks, a lifetime writer and reader of poetry, the series has since leveraged its string of celebrated writers by annually including one of them as director of a semester-long workshop. Portland, Oregon-based poet Andrea Hollander is this year’s guest. Her workshop includes seven people from the community (they applied with writing samples in the fall) and six Westminster students. This opportunity gives adults who love to write but have not yet enrolled in a degree program a chance to develop their art under expert guidance, and it also enhances the experience of the select students who are combined with community members.

But the core of the series—and what most of us know and love about the Weeks Poetry Series—is itself the readings, most often staged in the college’s Gore School of Business Auditorium. This season includes a stunning array of poets and prose writer–from C.D. Wright, the idiosyncratic and compelling poet who the New York Times has hailed as one who “belongs to a school of exactly one,” (she appeared last September) to the literary renaissance man and former Poet Laureate of California Al Young (Feb. 13). (The series is free and open to the public.)

Poet Michael McLane, Director of the annual, statewide Utah Humanities Book, says that Weeks series has had a profound effect on the community and upon himself personally. “As a young poet, I was overwhelmed by opportunities to see poets such as Tomasz Salamun, Lucille Clifton, Robert Pinsky, and Andrei Codrescu,” he wrote15 Bytes by email. “More recently, Natasha and the Poetry Series have proved a crucial ally for the Utah Humanities Book Festival, and their hosting of poets such as C.D. Wright and Alberto Rios have been highlights of each festival.”

As the selected poet this year conducting the unique community/college workshop, Hollander takes a bow January 29th at 7 pm at the series’ 6th event this year along with another Portland-based poet, Mary Szybist. The two will share the stage at the Gore Auditorium. Utah Poet Laureate Lance Larsen who has done his share of appearances around the state and beyond,  is, like McLane, a fan of the Weeks series. He quotes Franz Kafka when he refers to literary outings such as these. Like the book, good readings “serve as the ax to the frozen sea within us.”  For years, says Larsen, the Westminster events have “featured poets of national and international acclaim,” and “have been a fortuitous ax, granting Utahns fresh access to our buried lives.” 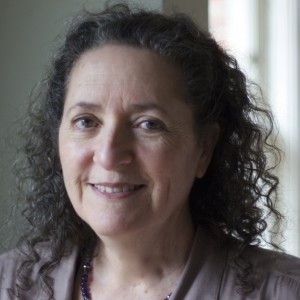 Hollander is the author of four full-length poetry collections, most recently Landscape with Female Figure: New & Selected Poems, 1982 – 2012. Her honors include the Nicholas Roerich Poetry Prize, the D. H. Lawrence Fellowship, a Pushcart Prize for prose memoir, and two poetry fellowships from the National Endowment for the Arts. For more than 22 years Hollander was the Writer-in-Residence at Lyon College, where she received the Lamar Williamson Prize for Excellence in Teaching. Now a resident of Portland, Oregon, she is the recipient of a 2013 Oregon Literary Fellowship. Of her most recent book, poet Stephen Dunn wrote, “Andrea Hollander knows what to hold back as she lets us in. And so we willingly bring ourselves into her subtly registered emotional world.”

Hollander’s poem “Wander,” from the Poetry Daily website,  is posted below as a preview to the event, along with Szybist’s work “The Troubadours Etc.” from Incarnadine, winner of the 2013 National Book Award for Poetry in 2013. 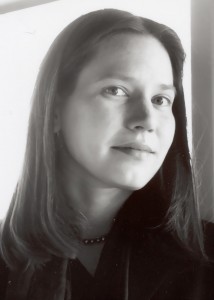 Szybist  is also the author of the collection Granted, which was a finalist for the National Book Critics Circle Award. Her work has been described as having a musical touch, “light and exact enough to catch the weight and grind of love…a hard paradox to master as she does.” Szybist is the recipient of a fellowship from the National Endowment for the Arts, a Witter Bynner Fellowship from the Library of Congress, a Pushcart Prize, and a residency from the Rockefeller Foundation’s Bellagio Center.  She teaches at Lewis & Clark College in Portland and at Warren Wilson MFA Program for Writers.

One of the advantages of attending The Anne Newman Sutton Weeks series is the intimacy of the gatherings often followed by Q&A’s and open receptions where you can talk with the poets at length, buy their books and have them signed. It all happens within a treasured convening of like-minded literary types, facilitated as it is by Sajé, one of the state’s most erudite and trenchant poets and essayists herself.

when your father was stationed in France
during the war before you were born,

before you were even conceived, so be it.
No matter what her sister told you

years later, after your mother died,
what does this matter now?

Your job anyway is to be the daughter,
to stay open to where you are,

of the bluff where your house sits.
What you don’t know

you will never know. Look instead
at the fluttering pink blossoms, at the lichen

stuck to the limestone ledge beneath them.
Look at the pale thumbprint of the moon

in the pale afternoon sky. The house is nearly
empty now, nearly no longer yours—

tables and chairs sold, couches and beds
given away, trash dumped, books and dishes

boxed and stacked for the truck
that’s on its way. Everything is somewhere

else now, intact or scattered. It doesn’t matter.
More than once your father wrote

from the field hospital about the nurses.
What was it like to read those letters?

of the wild azaleas you can almost smell their
desire. Wild like your mother’s may have been.

Like your husband’s was. But you don’t know
anything. You can sit on the porch

of this emptying house and think
whatever you think. You never apologized

for your own lies. Your husband apologized
too much. Even then the moon slept on its side,

its good ear deep in its pillow.
Your job was to be the wife and mother,

the daughter. To be whatever you are now.
The moon has its own job. The house

will fill again. Perhaps you are tired
of watching the bees. Of noticing how

have finished with them. Tired
of the questions that repeat themselves

like the fat predictable moon, and the doubt
that manages, no matter what the truth is,

to never run out.

Reprinted with permission from the author.  From the collection, Landscape with Female Figure: New & Selected Poems, 1982 – 2012 (Autumn House Press, 2013).

Just for this evening, let’s not mock them.

Not their curtsies or cross-garters

or ever-recurring pepper trees in their gardens

At least they had ideas about love.

All day we’ve driven past cornfields, past cows poking their heads

through metal contraptions to eat.

We’ve followed West 84, and what else?

Irrigation sprinklers fly past us, huge wooden spools in the fields,

Before us, above us, the clouds swell, layers of them,

the violet underneath of clouds.

Every idea I have is nostalgia. Look up:

there is the sky that passenger pigeons darkened and filled—

with the thunder of their wings.

After a while, it must have seemed that they followed

not instinct or pattern but only

When they stopped, Audubon observed,

they broke the limbs of stout trees by the weight of the numbers.

And when we stop we’ll follow—what?

The Puritans thought that we are granted the ability to love

but the troubadours knew how to burn themselves through,

how to make themselves shrines to their own longing.

The spectacular was never behind them.

Think of days of those scarlet-breasted, blue-winged birds above you.

Think of me in the garden, humming

quietly to myself in my blue dress,

a blue darker than the sky above us, a blue dark enough for storms,

At what point is something gone completely?

The last of the sunlight is disappearing

even as it swells—

Just for this evening, won’t you put me before you

until I’m far enough away you can

Then try, try to come closer—

my wonderful and less than.

From the collection Incarnadine. Copyright © 2013 by Mary Szybist. Reprinted with the permission of Graywolf Press, Minneapolis, Minnesota, www.graywolfpress.org