Alexandra Giannell’s Current Work is About Being in the Body 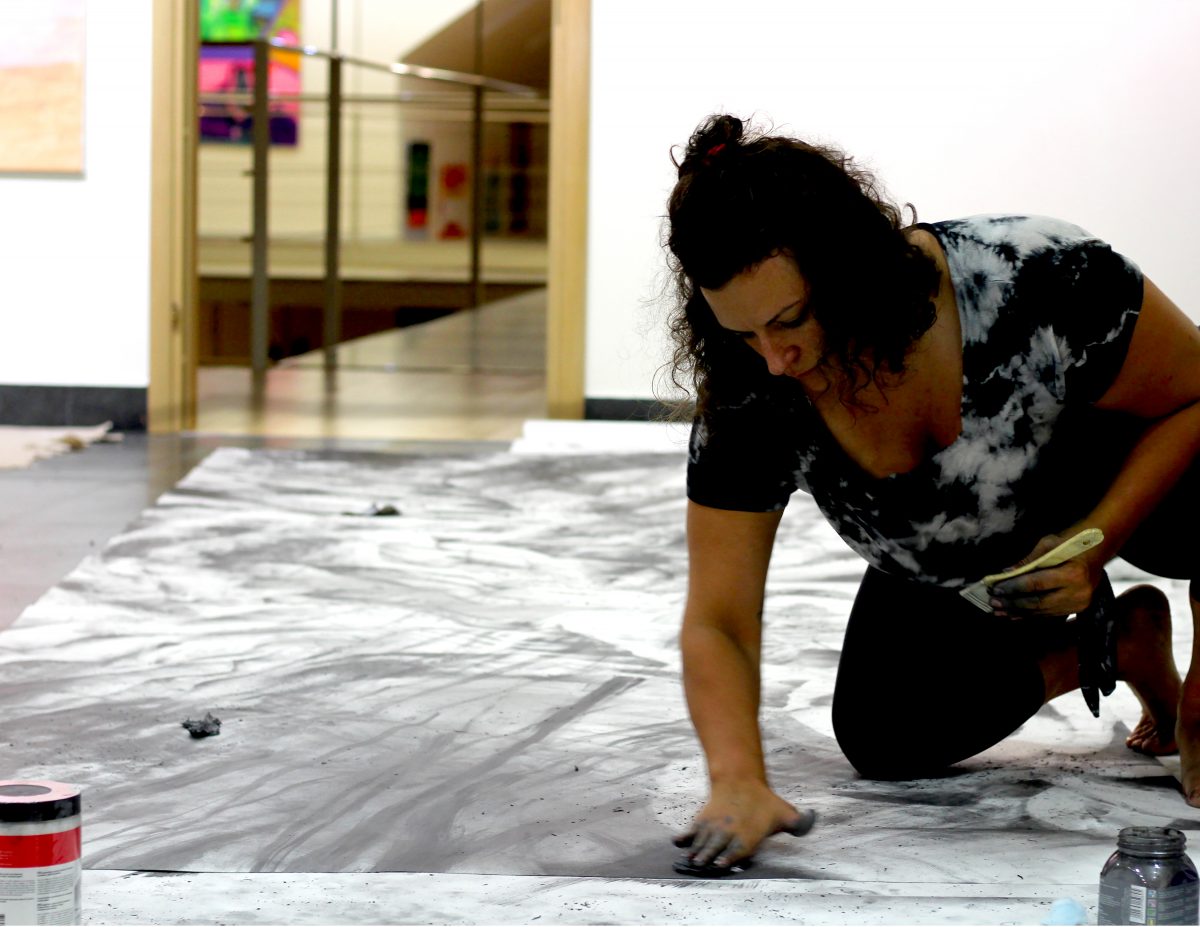 Alexandra Giannell gets her hands dirty in the stuio.

Alexandra Giannell’s works can feel expansive even when they are only a few inches tall. Though her works are abstracted, the numerous, detailed marks that expand across the surface may conjure waves, hills or even urban settings. They are created through a process of addition and subtraction, often with direct contact with the body. “Through this lens,” the artist says, “investigations of what it is to be in our body —aligned with our own centrality, an inward, internal location—are juxtaposed with the simultaneous reach to the periphery, speaking to the limitations of our perceived existence as well as to the possibilities of afterlife, infinity, and moving beyond the body.”

An assistant professor at Utah Valley University, Giannell holds a BFA in painting with a minor in art history from the University of North Carolina at Charlotte and an MFA in painting from Clemson University. She taught at Indiana University and Auburn University before coming to Utah. She says her current work has been informed by her research into “socially institutionalized implementations of displacement, imprisonment, and genocide …” 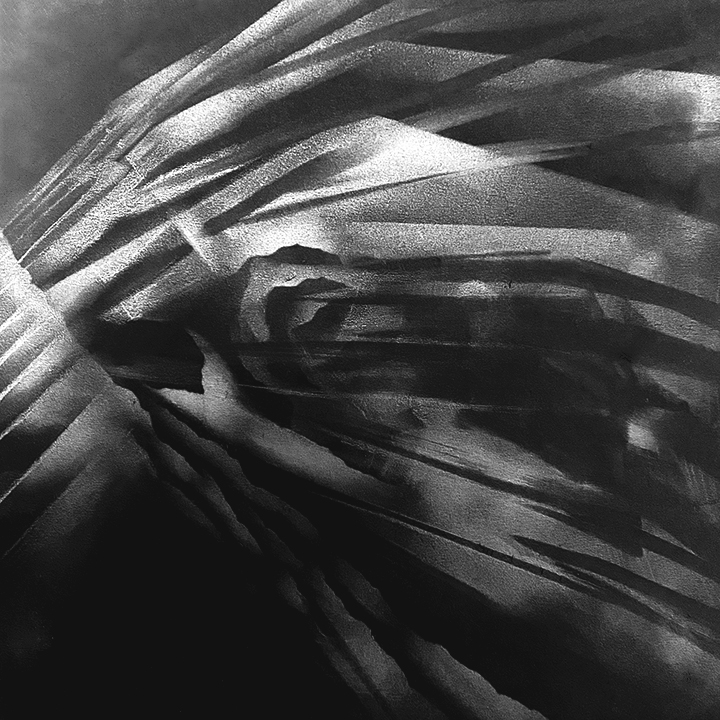 A small 8 x 8 in. piece from the “Fallacy of Structure Series”

Her “Fallacy of Structure Series” is informed by her experience as an Artist-in-Residence with the Alabama Prison Arts + Education Project, where she taught and collaborated with incarcerated men in two medium-security prisons. “The works consider Jeremy Bentham’s theory of the panopticon and the history of the gaze-controlling architecture of prisons intended for penitence rather than reform, implementing a dual sense of restriction and expanse, challenging the identity-shaping strategies.” Currently she’s working on small black-on-black drawings, using pencil and graphite powder on black paper.  “This subtle, gentle relationship between two darks allows for moments in the drawing to softly disappear or sharply emerge,” she says. “As intimate objects, when displayed, they will ask the viewer to come closer, slowly move around them, and consider the visual shifts depending on light. Aligned with control of perception, these works challenge my vision when making them, and feel like murmurs or secrets.”

She’s also working on a series informed by her time as an Artist-in-Residence with the Marek Maria Pienkowski Foundation in Poland, where her research focused on the Majdanek concentration camp in Lublin, Poland. “The works aim to communicate the energetic buzz and heavy hum of a genocide-drenched landscape through topographical undulations of mass graves disguised as hills,” she says. “A rising, outward expanse intentionally challenges the weight of the dark depths, creating tension between above and below, stillness and transition, physical and ephemeral.”

She says the larger works in this series can seem to go on forever, taking months to complete. “This conversation between myself and these paintings can often be turbulent, requiring intense breaks alongside entrenching work sessions.” By contrast, the miniatures of the Fallacy of Structure Series demand speed and focus, “forcing a shorter burst of honesty in the studio.”

Large-scale work from the “Breathturn Series”

You can view more of the artist’s work at https://www.alexandragiannell.com/ and on Instagram.

You can view the artist’s current virtual exhibition Peripheral Terrains with the Woodbury Museum of Art here: https://express.adobe.com/page/JoGRQ1vqIFNVN

This 15 Bytes feature talks with artists about what is on their “easel” right now.