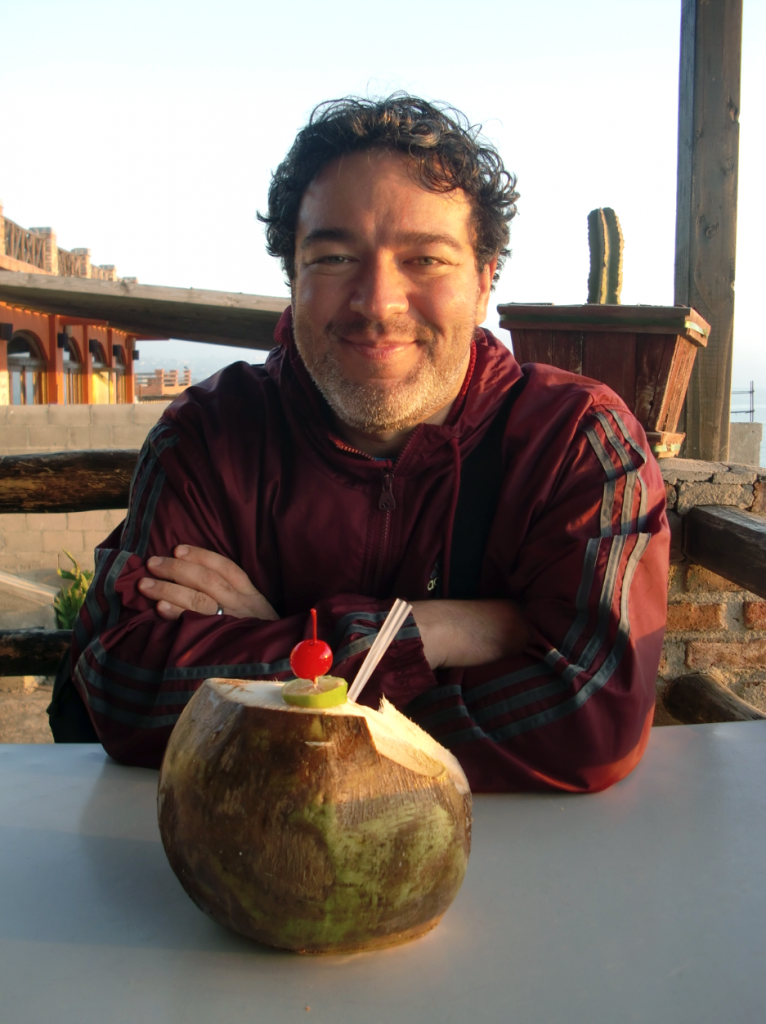 Adam Price, prepping for a much deserved sabbatical.

The Utah Museum of Contemporary Art (UMOCA) announced today that Adam Price, its Executive Director since 2009, will be leaving the museum before the end of the year.

Price oversaw the transformation of the institution from the Salt Lake Art Center into the Utah Museum of Contemporary Art, a transformation that came with more than a new name. In the three years Price was director the museum added two new galleries, including one devoted to local artists; launched the Art Truck at UMOCA, a program that brings original commissions of contemporary art to area schools free-of-charge; and created a new national prize for contemporary painting. The hiring of two curators—from Los Angeles and Berlin— brought a host of nationally- and internationally-recognized artists to the state; and launched a new artist-in-residence program intended to provide long-term support to contemporary artists who wish to have a national career while maintaining their homes in Utah.

The museum reports that during Price’s tenure they saw a nearly 50% increase in fundraising; a 500% increase in audience, bringing total attendance to over 100,000 annually; a reduction in the museum’s operating overhead by nearly half; and the reduction of the museum’s cost per visitor from approximately $44.00 per head to approximately $8.50 per head (“one of the lowest rates for an art museum in the nation,” according to The Salt Lake Tribune).

“Adam’s departure is a real loss for the museum,” says Board President Roy Jespersen. “He guided the institution through a very turbulent period and we are grateful that he left the museum in much better condition than he found it.”

Past UMOCA President James Roberts agreed: “Adam had a remarkable impact on the life of the organization, helping us all coalesce around an exciting new vision while engaging a broad local audience in the world of contemporary art.”

“It is not uncommon after periods of major activity to see the executive directors of nonprofits move on to other engagements, and I just felt that the time was right for me to go,” says Price. “UMOCA has an outstanding Board of Trustees led by Roy Jespersen—and the staff members who actually keep the institution running from day-to-day are among the strongest I’ve ever seen. As a result, I’m able to look forward to a brief sabbatical before starting my next cultural engagement knowing that UMOCA will be in good hands.”

A select committee of Board Trustees and community leaders will run the search process for new museum leadership. The Board has asked Price to stay on as a Special Advisor for a period of time in order to ensure maximum organizational stability.