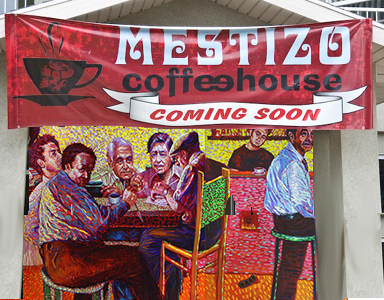 The Mestizo Coffeehouse is back in town — this time with a cultural agenda that mirrors its name, a Spanish word meaning “mixed.” Being built on the corner of North Temple and 600 West in the Citifront complex, the Mestizo hopes to becomes a cultural gathering place for people of all ages to enjoy art of all kinds — visual, film, literary, and music.

The grand opening will be held from 6 — 10 p.m. on Friday, June 20, and will include a program of art, music, speakers and food. Mestizo is also hosting an unrelated open house from noon — 2 p.m. on Saturday, June 7 for neighbors to celebrate the City’s agreement not to build a highway viaduct on 600 West and their renewed support of the Salt Lake City master plan for the Westside. 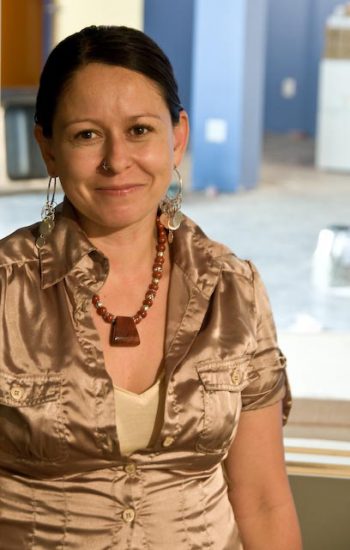 Mestizo Coffeehouse is the brainchild of husband and wife team Terry Hurst and Ruby Chacón. Chacón, an artist, and Hurst, a writer, filmmaker, and jack of all trades, first opened a coffeehouse under the name Mestizo in 2002 at Artspace’s Bridge Project. It only lasted six months before closing its doors because it was “more driven by passion than by calculation,” Hurst laughs. This time, however, people from the Westside community approached Hurst and Chacón and asked them to spearhead a move to open a place to celebrate the arts and also serve as a cultural center for westside residents. Some community entrepreneurs believed in the concept enough to ante up money to become silent partners in the enterprise.

The coffeehouse portion of Mestizo will serve sandwiches, soups, pastries and drinks, as well as some Hispanic specialties. It will also have wireless access for those who wish to sit with their computers while enjoying a tres leches cake. Hurst notes that their coffeehouse will be the only one on the Westside that isn’t a drive-thru, as well as the first site on that side of town to host an art gallery. 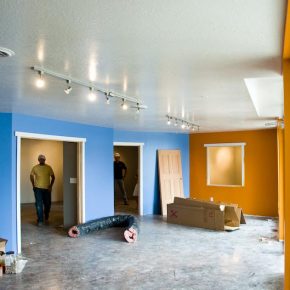 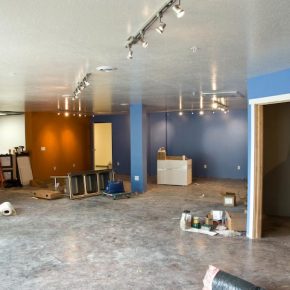 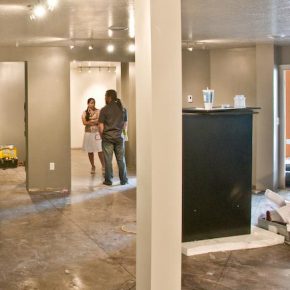 The art gallery portion of the coffeehouse is under the auspices of the nonprofit Mestizo Institute of Culture and Arts (MICA). Chacón and Hurst want to showcase artists of international and national fame, as well as local artists, in the space adjacent to the coffeehouse. Chacón says: “Our mission is to strengthen and build communities through art while advancing the discussion of Chicana/o, Latina/o, indigenous, cross-cultural experiences and those who live in the borderlands (physically, spiritually, or psychologically). As a result of our own experiences in accessing public art spaces, we are an inclusive organization and wish to provide space to all, especially those who in the past have been excluded from other public forums.”

The first show at Mestizo will feature local artist David Maestas. He has been friends with Chacón for years and says he admires her longtime commitment to the community. “Ruby is a special person, and I’m honored that she invited me to show my work as part of the first Mestizo exhibit. I created six new pieces especially for this show that illustrate for me what ‘mestizo’ means: two cultures coming together, and I want to celebrate them both.” 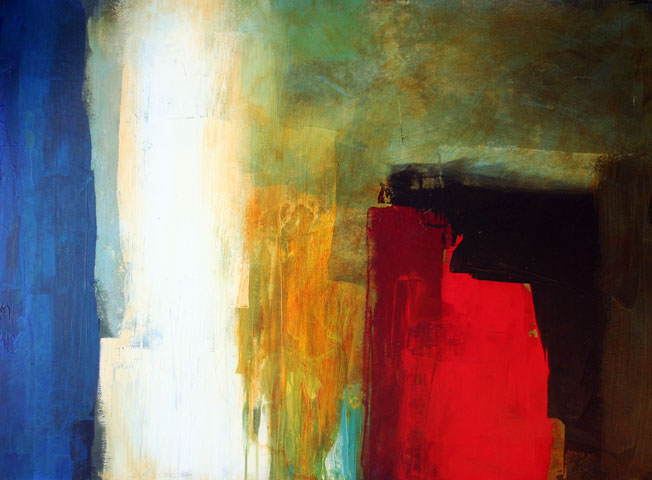 There’s also a broader reason Maestas is pleased to be a part of Mestizo. He wants young Hispanics to know there are opportunities for them to make a career in art or to strive for job opportunities beyond the stereotypical janitors and waiters. “My culture motivates my work,” he says, “and I want to be able to give back to my culture.”

Maestas says his inspiration and passion for art come from a nostalgic and spiritual connection to the Southwest. “I was born in the town of Chama, New Mexico, and my earliest memories of childhood were sown within this small, rural community.”

Maestas credits both the University of Utah and the College of Eastern Utah for honing his technical and intellectual skills, and says his recent paintings explore his passion for abstract expressionism. “The concept of painting raw emotion rather than illusion inspires me. I’m always searching for different ways to interpret and capture the world.” He also says, “Through the use of themes and subject matter that relate to my Hispanic and Native American roots, I strive to create a spiritual atmosphere within my paintings that reflects my love and appreciation for my place of origin — Northern New Mexico.” 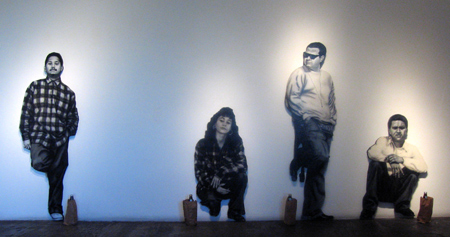 The gallery will also feature Texas painter Gaspar Enriquez, who is known for his airbrushed, ultrarealistic imagery that portrays the people of El Paso’s barrios. Enriquez says of himself and his work: “One is born a Mexican-American, but one chooses to be a Chicano. My work reflects a politically charged lifestyle that passes from one generation to the next — el Pachuco, el Tirilón y el Cholo — surviving poverty, wars, prisons and internal strife. The men and women who populate my paintings reflect the paradoxes that arise in the barrio — pride in place and language, a search for self-esteem and meaning in a landscape of poverty, and the fragility that comes with learning too much about life too soon.”

Chacón will also have some studio space at Mestizo and will function as the artist-in-residence. She hopes to be able to shut the door and get some work done, but also wants to share her works in progress with Mestizo customers. Her past studio spaces have long been available for various informal groups to gather and talk, and she would like to continue this tradition by offering the adjoining MICA space for them. It’s important to her that people feel free to use Mestizo as a welcoming space for debate, discussion, and study of various art forms.

Hurst and Chacón want their teenage son, Orion, to fit into the mix as well. A student at West High, Orion has studied music extensively and would like to organize some open mic sessions on the weekends at the coffeehouse. The logistics are still in flux, but Chacón wants to encourage local students to help manage the music scene.

For more information about Mestizo Coffeehouse, please go to: mestizocoffeehouse.com.

Tagged as: Mestizo Institute of Culture and Arts