A Season for Angels 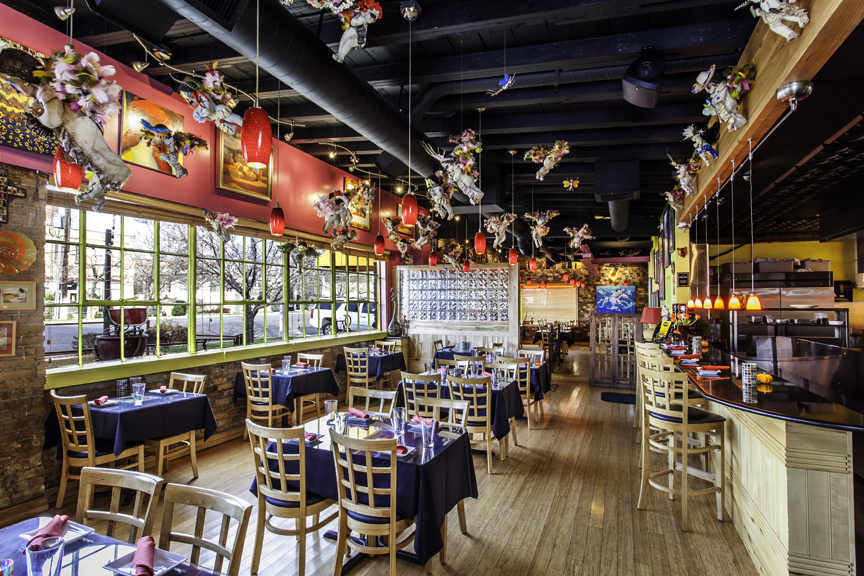 Angels often come to come to mind around Christmas, so it seems fitting that Amy Caron’s “Angel Series” is currently on display at Frida Bistro. The playful pieces are suspended cheerfully from the ceiling and add to the atmosphere of Jorge Fierro’s restaurant. “Aesthetically, I think my work fits there because it has a Mexican folk art feel to it,” Caron says. She added they fit seamlessly with the “colorful and festive” vibe at Frida Bistro.

Caron began working on the angels after finishing “Holotype” which had been commissioned by The Leonardo. “It was a monumental work that took a lot of time fabricating,” she says of the sculpture that towered 20 feet in the air and sprawled over 4,000 square feet. “I was feeling saturated by making things in that scope.” The angels gave her a smaller scale project. “It’s almost like getting back to journaling after writing a huge text,” she says. 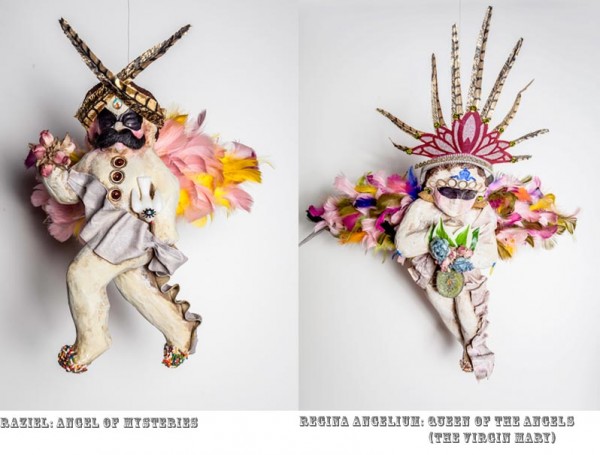 Each Angel has a distinct personality and a unique name. Among others, there are Camael, the angel of joy; Aurelio, the angel of formal attire; and Esteban, the angel of resplendence, and fifteenth-century French Gothic architecture. Caron says that when she created the angels, “their personalities evolved naturally. It wouldn’t be very interesting for me to do mass production and crank out a bunch of the same looking things,” she says. The pieces are adorned with a variety of unexpected materials ranging from ice cream sprinkles to fake tattoos. “There are some fun surprises in them,” Caron says.

It’s the little touches that intrigue viewers. “People are drawn in by the materials, the details, and the characters. There’s a lot to laugh at, and they’re very charming. As a group they create a very ethereal sense of joy,” Caron says. 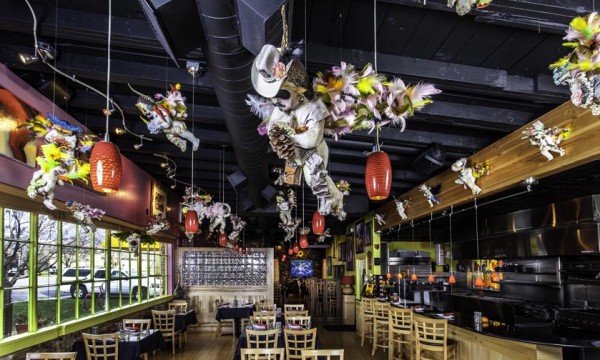