A Museum of One’s Own: Jimmie Jones’ vision becomes a reality in the Southern Utah Museum of Art 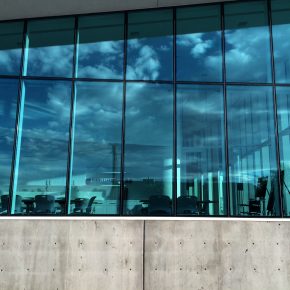 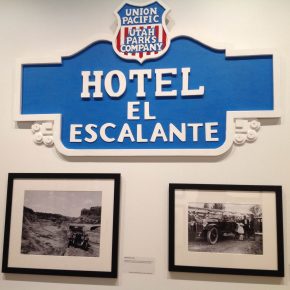 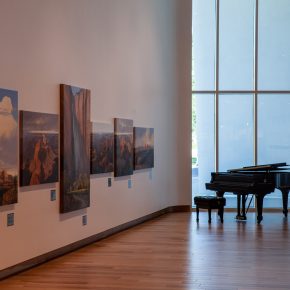 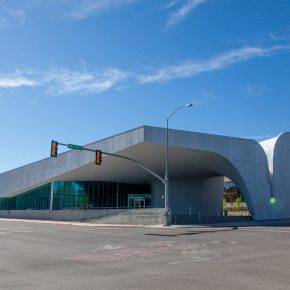 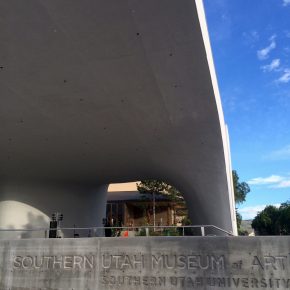 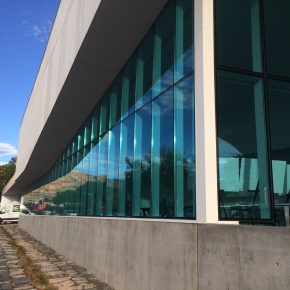 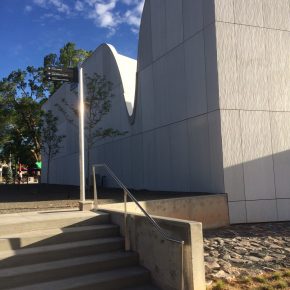 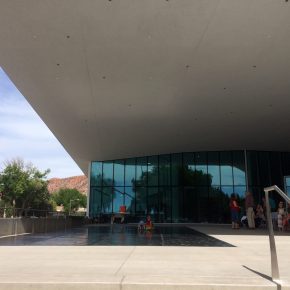 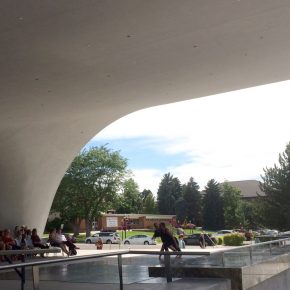 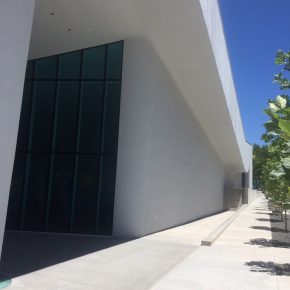 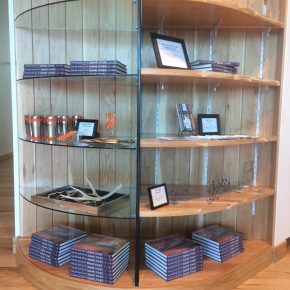 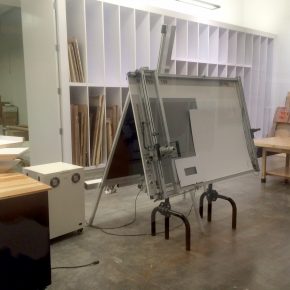 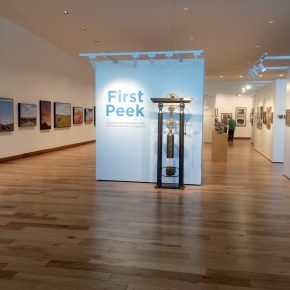 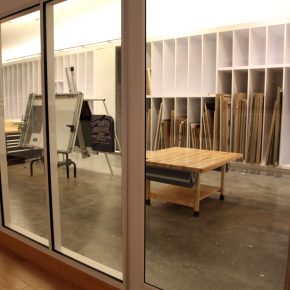 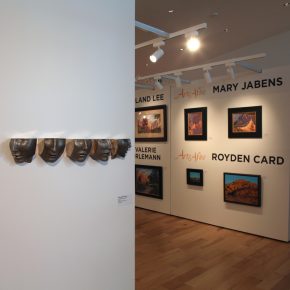 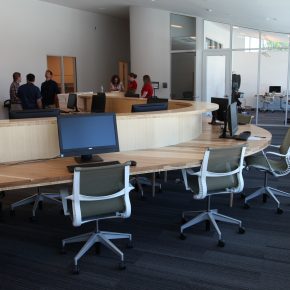 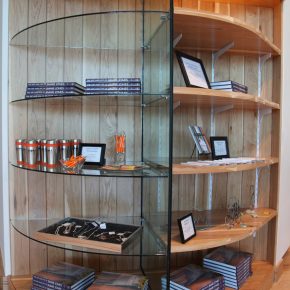 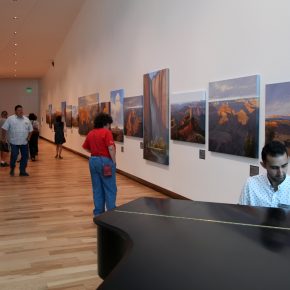 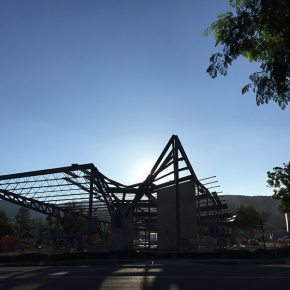 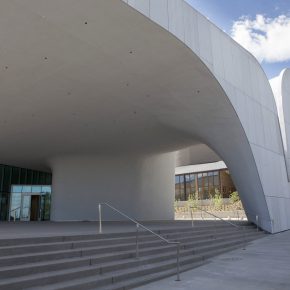 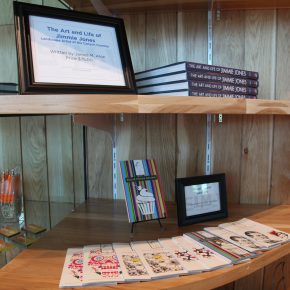 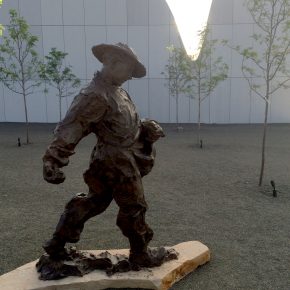 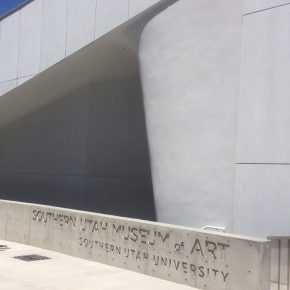 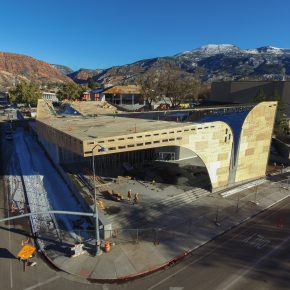 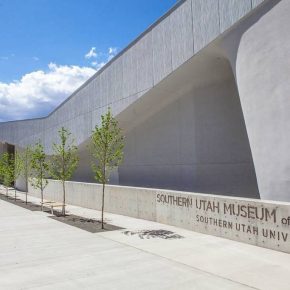 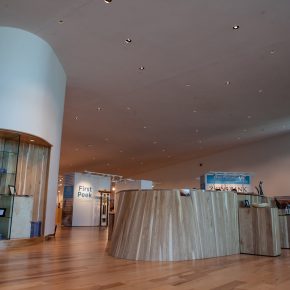 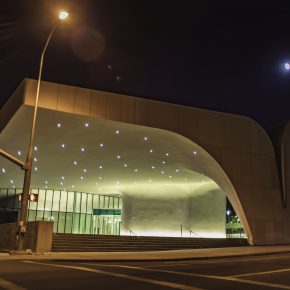 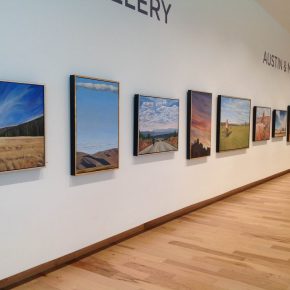 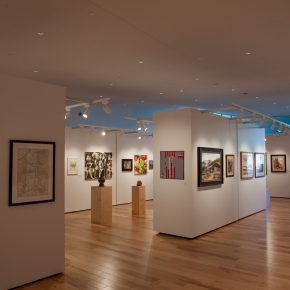 It’s not every artist who can get their own museum. Certainly, no Utah artist has.* But to hear talk at the ribbon cutting of the new Southern Utah Museum of Art (SUMA), it seems Jimmie Jones has come close.

Jones was the impetus behind the sweeping white structure that now greets drivers as they enter the campus of Southern Utah University in Cedar City. “The most supreme accomplishments of mankind are in museums,” Jones once said, and his dying wish was that such an edifice be constructed in his hometown. He donated his marvelous home in Rockville, Utah, copyright to all his works, as well as his last 14 paintings and his personal art collection, to that end. Since his death in 2009, scores of individuals and organizations have joined his vision, donating time, money, and talent to the project.

Part of the Beverley Taylor Sorenson Center for the Arts, which includes two new theaters as well as administrative offices for the Utah Shakespeare Festival, SUMA promises to become a magnetic landmark for the small college town. Befitting its location on a center named for Beverley Sorenson and true to Jones’ original intentions, the museum is education-oriented: immediately off the main entrance is an education room, host during the opening weekend to a number of family art activities; and in the rear, a preservation studio is separated from the main hall by glass so the public can watch the type of museum work that usually happens out of sight. Staffing and curatorial responsibilities also dovetail into the educational format: students in the university’s arts and museum programs will fill most positions, and exhibitions will be designed by students as well.

Jones said the building must be big and it must be beautiful. The latter it certainly is. Designed by Brooks + Scarpa, a Los Angeles-based firm chosen as the 2014 Smithsonian Cooper-Hewitt National Design Museum Award Winner in Architecture, it is the color of bleached bone, with a dramatic roof inspired by the sandstone formations of southern Utah that sweeps out and over the main entrance to form a 5,000-square-foot shaded courtyard which has already been host to a number of performances and promises to be a community meeting space. The exterior envelope is a series of Fiberglas- reinforced concrete panels, textured to create shadows as the sun moves across it. Windows, which wrap the main entrance, education zone, and administrative offices, glow blue in the evening light. Inside, naturally-stained wood elements bring a warm finish to the overall experience.

Whether the museum will prove big enough remains to be seen. The 6,600 square feet of exhibition space consists of one large hall, divided by movable walls for multiple exhibits. If the inaugural shows are anything to judge by, the tendency will be to do too much with too little. Jones’ 14 majestic landscapes, on permanent display, line the south wall with little room between them—scenes of such vastness should have a little breathing room. Four other exhibits have been squeezed into the space: Kevin Kehoe’s Western Therapy on the north wall, on one side of the east wall that separates the preservation studio from the galleries a photographic exhibit about the Grand Circle tour of national parks and a student exhibit on the other, and, in the middle, works by artists participating in the Arts Afire Plein Air event in Cedar Breaks. It’s all a bit too much to deal with.

That being said, it’s a vast improvement from the former exhibition space on SUU. The Randall L. Jones Theatre has always hosted an exhibition during the Shakespeare Festival (currently they are showing a wonderful collection of pastels by Arlene Braithwaite), but the Braithwaite Gallery, the College of Fine Art’s exhibition space, was tucked away in the center of campus and hard to find. Visitors will have no trouble finding art now. During the festival season, the museum will provide a welcome interlude between plays (not to mention an extra set of bathrooms) and year-round it promises to bring the joy of the visual arts to this southern Utah community.

You’ll find a review of James M. Aton’s “The Art and Life of Jimmie Jones” here.

* Prior to his death in 2010, Arnold Friberg arranged to have more than a hundred of his paintings be purchased by the Utah Cultural Arts Foundation and placed in a museum of his design, but in 2014 the foundation had its 501 (c) 3 status automatically revoked for failure to file annual reports.