A First Glance at ‘Second Life’? 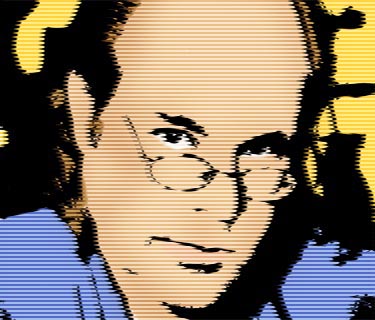 Since the first ARTISTIC TEMPERAMENTS (March 2008) focused on the very “material” question of Damien Hirst’s platinum-and-diamond skull entitled “For the Love of God,” I figured something completely “immaterial” and “virtual” made sense for the second installment of this feature. I find fascinating the mutability of the fine arts, the integration of new technologies to different effects — whether evolution or devolution, positive or negative. In 1958, John Whitney Sr. was the first to use an analog computer to make art animation. Voila: The Birth of Computer Art!

Computers have evolved a lot since then. So, in the spirit of the first ARTISTIC TEMPERAMENTS, I asked three totally different artists for their perspectives about virtual phenomenon ‘Second Life’ as follows:

‘Second Life’ is an innovative virtual counterpart to the world we live in and know by its physical properties. This computer-generated world has revolutionized the art world, too. According to one report, the number of virtual art galleries in ‘Second Life’ nearly quintupled between May 2006 and May 2007![1] Some artists have fused real and virtual artwork in ‘Second Life.'[2] Some artists have produced artwork, including performance art, existing only in ‘Second Life.'[3] Even an art museum as esteemed as the Gemäldegalerie Alte Meister (Old Masters Picture Gallery) in Dresden, Germany reproduced itself in ‘Second Life’.[4] What do you think of this trend?
[place your mouse over a number to view each reference]

Ed Bateman
Wherever humans are, there will be art. And every sub-culture has its styles and modes of expression. So it should come as no surprise that a virtual world, like Second Life, would contain art.

There seems to be some question as to the true popularity of Second Life. While a large number of people have joined, many seem to give it up after a few weeks. This should be expected. Most people are busy enough without trying to live a second life. In some ways, that means that time there is even more limited. It is hard enough to find the time to have meaningful art experiences in the real world. So, unless it’s extremely compelling, it’s hard for me to imagine that people will suddenly find more time for art in this virtual realm.

That doesn’t mean that some potentially interesting work won’t be created there. Second Life certainly allows for new and unique possibilities. But the level of sensory depth in this new world is still too limited. The texture, resolution, and physicality of the real world are just too involving – and provide a substantially richer palette for artists to explore.

Something will come out of this experiment – but the small forum and sub-culture that is Second Life will only have an impact on the larger art world when it finds a way to transcend its virtual space. 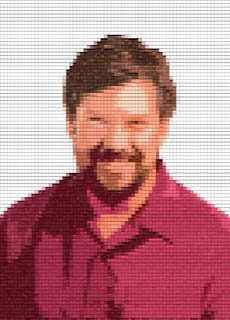 Erik Brunvand |1|
The idea of art, and specifically art galleries, in a virtual world like Second Life is fascinating. On the one hand the entire notion of a traditional art gallery in a virtual low-res world seems, well, silly. On the other hand, the potential to use this entirely new mode of interaction to create new art forms and stretch the definitions of art, art-making, and art-participation seem fascinating (in concept at least – we’ll see if the execution can deliver).

In terms of the traditional gallery showing virtual versions of traditional art, the first thought that comes to mind is that it’s comforting in a way that looking at and appreciating art is an important enough part of (some) people’s lives that it makes it into Second Life. If Second Life is indeed a virtual existence and experience of daily life for people (or their avatars), then visiting a gallery should certainly play some role. But is it just role-playing or does it capture some of the essential experience of viewing art in the real world. I would argue that visiting art in person involves sensory input that’s just not possible in a virtual environment (yet, and for some time to come). We probably all know the experience of seeing a piece of art in a book, and then seeing the same work in person and marveling at how ineffectual the reproduction was at capturing the detail, nuance, texture, physicality, the essence of the work. If you believe (as I do) that the artifact itself is a critical component of the work of art (rather than, say, just the concept), then I believe it’s essential to experience that artifact first hand. So visiting the gallery in virtual space is, it seems to me, simply role playing, not art viewing.

On the other hand, the potential of creating totally new types of works in a virtual environment seems fascinating. I think there are very real questions about whether current attempts (such as the ones you reference in your question) are really art or art experiences, or something closer to a game or a role-playing portion of the Second Life experience, but you can imagine possibilities for interactive, multi-participant art events or collaborations in the virtual space that just aren’t physically possible in the real world. As an “old guy” I probably can’t even predict what form those will eventually take, but it’s fascinating to conjecture, and to see how artists are taking small steps toward something truly new. I haven’t seen that breakthrough piece yet that really breaks traditional models and explodes with something completely new, but I’m sure it will come. I hope that old guys like me can appreciate and understand it when it does happen! 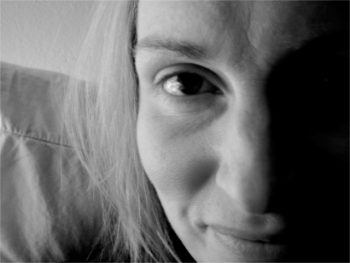 Amy Jorgensen
For the uninitiated, Second Life is a virtual world accessed via the web and an avatar – your personal virtual counterpart. Everything available to you in this life is also available to you in Second Life, but hyper-charged. Forget about the house you own in the suburbs and the Honda Civic you drove to work today, and opt for teleporting and your own private island instead. Everything “in-world” [read: in Second Life] is for sale, including the art you put on the walls of your house on your own private island. Second Life can be everything you imagine in this life.

There is no question that the art world has jumped in-world. And I think for photographers and performance artists in particular, Second Life offers a unique platform in new media. As an image-maker who occasionally uses a camera, Second Life sits squarely in the traditions of photography. All views in-world are camera angles within a frame. Avatars communicate through gesture, movement and conversation. While there is no actual body or physicality to the experience one still experiences the emotions associated with interaction.

What is possible in this life is also possible in Second Life. All the things one can do here one can also do there, and more. Property ownership, shopping, travel, copyright, sex, birth, teleportation, flying, violence, and war. It is a collision of web-based interactivity, Photoshop, video, gaming, performance, and fantasy. All rolled into the fabric of a crude and cartoony world where the physical body is replaced by the avatar, and idealized, or fantasy identity, is a few scripts and skins away. Who wouldn’t want a world where everyone can have their own island and teletransport anywhere you’d like? And more importantly, what would Shawn Rossiter’s avatar look like?

Major museums, galleries, and artists are creating in-world spaces to supplement shows. Second Life art and artists are being covered in Art News and Aperture. Avatar China Tracy sold a yet unbuilt island at Art Basel for $100,000. The New School in New York held an internet broadcast symposium on Second Life. Major gallerists in NYC host live in-world and real world performances. Museums recreate versions of themselves. IBM purchased and commissioned prints from Filthy Fluno (real name: Jeffrey Lipsky, http://www.jeffreylipsky.com, who organized and manages a new artists’ island in Second Life named Artropolis). And Richard Minsky of the Center for Book Arts in Chicago has created an online and print magazine, SLART dedicated to promoting and legitimizing the art and artists within Second Life.

Perhaps what speaks most strongly in terms of the longevity of Second Life is that it addresses the bottom line. Any avatar in-world can purchase art from thousands of artists in Lindon dollars which are purchased with U.S. dollars. There is art to buy, and people are buying.

I have hopes ARTISTIC TEMPERAMENT might inspire dialogue about and critical engagement with some ideas, practices, and trends in contemporary art. So, show this to friends, acquaintances, even strangers … share your thoughts and ask for theirs … and BLOG!