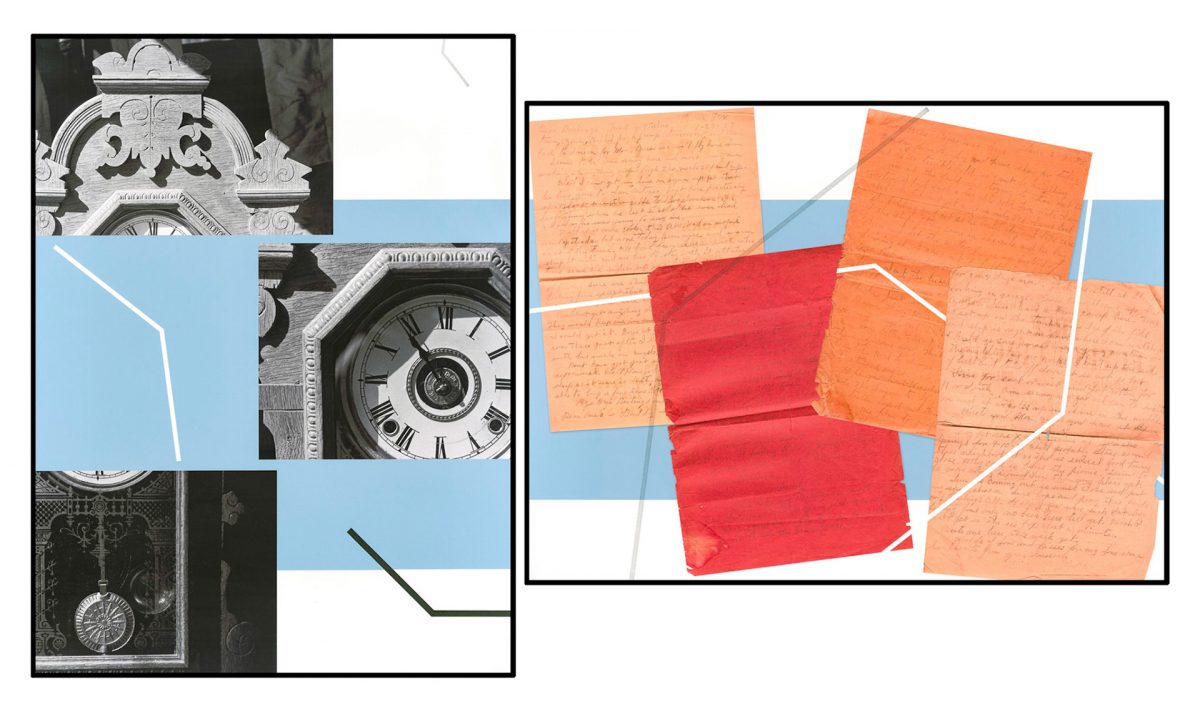 The act of pairing in a diptych offers the artist a diverse set of methods for storytelling: there is room for direct comparison, but also for extension. In the case of the latter, the structure allows for further exploration of a theme unbound by a singular canvas. Simply placing pieces side by side automatically poses a question as to why they are juxtaposed, without a need for explicit consistency. But when given visual continuity in a diptych, the viewer is less likely to interpret a contrast between the two pieces. Thus the viewer operates under the impression that these pieces make up a whole. In Genetic Quilt, now at Nox Contemporary, Lewis J. Crawford takes full advantage of the multifaceted tool of diptychs in telling his personal narrative. He offers an almost architectural interpretation of his life, as though in response to a prompt: Create a visual representation of who you are, who your family is, and where you grew up.

Crawford expresses his upbringing in a series of vignettes, with the effective use of simple graphics and color combinations overlaying key photographs. In the diptych “Elvina Minor Crawford Smith,” one piece features three images of clocks and the title “Steady, like a Clock;” it is paired with a second work called “My Darlings,” consisting of a series of handwritten letters. Each, presumably, refers to an aspect of Elvina Smith, one of Crawford’s ancestors. In another work, his Carpenter relatives are referred to through two historic buildings in their small hometown, Eden. Elena Ellsworth Morris is represented by an old sewing machine (“This is Where She Learned to Sew”) while her husband is portrayed through Google Earth images of “the Morris Homestead,” one intact, the other a “sliced-up inheritance.” These works are combinations of historical artifacts and documentation to illustrate the stories Crawford has been told about his ancestors. He likens each aspect of his creative process to that of stitching a quilt together. In this way, his choice of presentation in diptychs is a smart one. Within that, he continues to piecemeal together different parts of his life in flashes of recalled imagery. His works question the relevance of memories in our present-day selves. What stands out to us? What is a core memory and why does it matter so much? 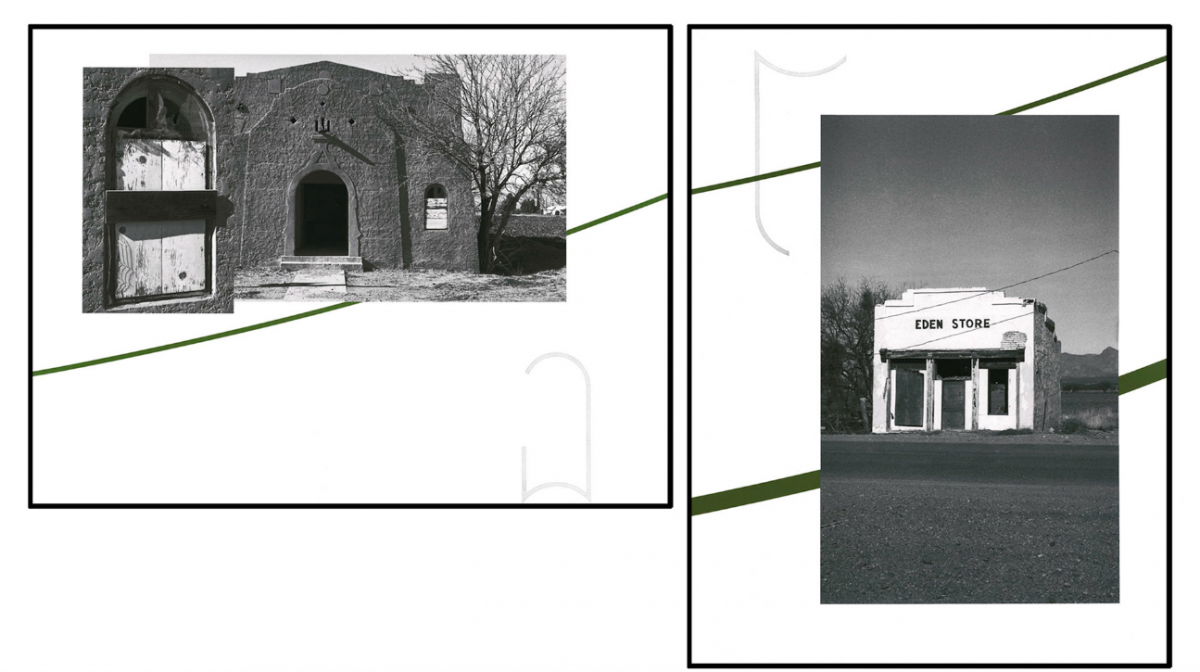 In a more overt telling of this tale, and a breach of formatting, Crawford centers a solo portrait of himself as a young boy amidst the diptychs. But this strategy makes sense. This exhibition reads like a polished version of a spattering of family photographs you find hanging off nails busted into the faded wallpaper of your extended family’s house. Instead, Crawford’s images wrap around the inside of the Nox Contemporary, livening up the gray walls of your typical gallery space. It’s a clean take on what makes one who they are and what forms identity. 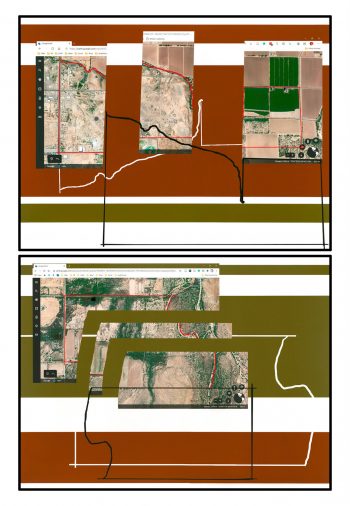 Stylistically, these works are similar to Crawford’s other current projects, like Constructs, Series I and II, which play with Gestalt principles of grouping and examine examples of Russian constructivism. In these other projects, the style better suits the choice of subject matter. The focus on architectural space is something that his style enhances: what may come off as arbitrary in his graphic design choices in Genetic Quilt, is more poignant in Constructs, Series I and II. Similarly, his other current project, Markmaking: Detagged, deals with our built environment. The artfully cropped shots of cover-up marks speak to the localized history of a public surface and document the aesthetics of graffiti removal. This question of seen and unseen history carries over into the themes in his Genetic Quilt.

Despite the Nox exhibition’s title, genetics don’t really play into Crawford’s exhibition. Any scientific connotation is missing entirely from the works. His identity and being is both a physical and emotional response to every person that came before him, who is of his genetic makeup and kin. However, the connection Crawford establishes with these forebearers is through the stories he has heard. This would argue for nurture being the prominent influence in his identity, not nature (genetics).

Semantics aside, the artist offers a thoughtful and well-rounded show, complete with a pamphlet detailing specific members of his family who are represented throughout his diptychs. These collages may lack the tactile warmth that the fabric of quilts really elicits. But the digital stitching of images, like the hearty soup in “Bowl of Love” over waves of blue fabric, produces its own sort of warmth of nostalgia. The bright primary colors and carefully cropped compositions of moments like “This is Where She Learned to Sew” reflect the real memories of his family and what has been woven into the genetic fabric of Crawford’s being. The context is simple, grounded and adds another level of sentiment. From the diptych formatting to the collaging of photographs, to the accompanying text, Crawford successfully constructs an organized and vibrant landscape of his childhood and family connections. 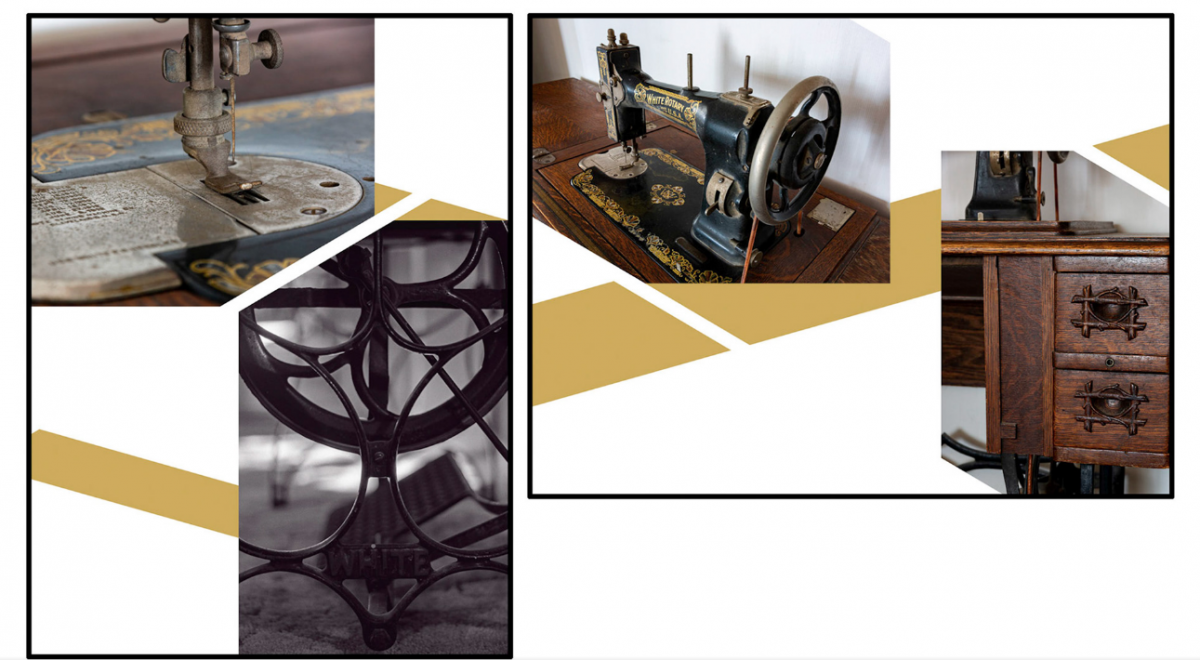 Ally Lorico received her B.A. in Psychological and Brain Sciences from Washington University in St Louis. She aims to get a Masters in Art History and Curatorial Studies. Her research focuses on architectural history and sustainable practices, but in her everyday life she loves vegetable farming and playing with her corgi. She currently works as the curatorial intern at the Kimball Art Center in Park City, as she writes for 15 Bytes.