I am a different kind of lover
of truth now 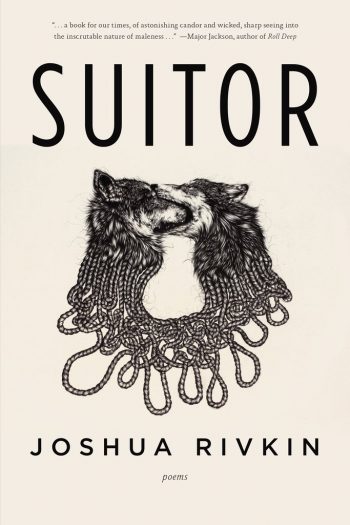 Since his death in 2011, Edwin Parker ‘Cy’ Twombly, Jr. has emerged as a key figure of 20th-century art, even as many of his contemporaries and followers have fallen behind. Ironic confirmation of his importance comes from the many art enthusiasts who dismiss his paintings and sculptures, reminiscent of those who disliked such transformative inventors as Jackson Pollock and Andy Warhol long after their significance became unarguable. Among Twombly’s admirers, meanwhile, is the poet Joshua Rivkin, whose close identification and deep research into the artist led him to publish a biography of Twombly titled Chalk (Melville House, 2018).

This surprisingly controversial work thrust Rivkin deep into the troubled commerce of contemporary art. Rivkin, who has a discerning appreciation for art and artists, got himself in trouble not by his choice of artist, for while Twombly may not appeal to everyone’s taste, his work is at worst baffling, not offensive like some of his peers. Rather, Rivkin’s biography got him into trouble precisely because of the kind of candor that only honest admiration can propel. Any field where there is as much money, power, and passion as art wields today will attract players who want to limit and control its discourse, and Chalk threatens them. Now Rivkin has followed Chalk with Suitor, a “slim volume of poetry” in which he turns the same sharp eye and candid insight on himself.

Perhaps it shouldn’t surprise readers that Suitor and Chalk illuminate each other in sophisticated ways. Embedded at the center of Suitor is a ten-part prose meditation on two men, one the author’s father and the other a Nobel Prize-winning scientist, Fritz Haber (1868–1934). “The Haber Problem” begins:

That said, the important parallel is that both were scientists. The senior Rivkin is a renowned oceanographer who studies the aquatic food web, while Haber invented an industrial-scale process for producing ammonia, which led to both high-grade fertilizers and explosives. He helped weaponize chlorine gas, arguably the most horrific weapon used in World War I, and did early work on what became Zyklon B, the principal poison used by the Nazis to gas Jews. Half the world’s food production is made possible by ammonia fertilizer; the bomb that Timothy McVeigh used to blow up the Murrah Federal Building in Oklahoma City was made of the same agricultural material. So was the cargo that destroyed the harbor in Beirut, Lebanon, on August 4th. The Haber “problem” is not just his, nor Dr. Rivkin’s: it is the dilemma of all science.

The hero and the villain are one: “the same science and the same person, doing both.” Haber’s wife killed herself in response. Rivkin’s father’s crimes are more mundane: a workaholic and an absentee father whose wife divorced him and whose son suffered his frequent absences — not all that different from so many fathers’ misdeeds. Rivkin’s father is gone three months, five months, away when Joshua’s brother is born: “I know him best by departures and arrivals.” And when his eager family go to meet his return, “He stays at the dock to help organize the unloading of the samples. We drive home without him.”

Eventually, the window into manhood that each father presents becomes a mirror in which the son glimpses himself. Now his interest in Twombly, in art and poetry, makes sense as a vocational alternative to the seeming moral vacuum of science. Art, after all, is all about values. And within Suitor, the poems that bookend “The Haber Problem” question and explore how to live: how to be a son and a father and, in between, a man. It may not seem a timely concern, when so much social attention is focused on a welcome, indeed long-overdue reappraisal of women and a new, cultural acquaintance with their experience, but Rivkin shows that the same myopic society that overlooks women misrepresents men as well.

Poetry is Joshua Rivkin’s art, but he approaches it with the keen observational powers of a scientist. Children learn to model themselves after their parents, but will often closely watch other adults where possible or necessary. In “The Suitors,” a series of fifteen poems, young Joshua, deprived for long stretches of his father’s example, observes the men who court his divorced mother to see what she seeks in a man: their looks, their clothes, how they act.

He had a shock of red hair, boyish good looks.
He made things with his hands: a copper sculpture for my sister.

Drinking kept him young and talking and sad.
On a dinner menu he drew my mother perfectly in purple crayon.

One night he slept on our lawn.
A man can remake anything about himself except his blood.

Years later, she said, “You know, he was never all there.”
One night he slept on our roof.

Forgive us our absence. Forgive us desire.
I wanted him to stay.
(Suitors 3)

If “The Suitors” looks closely at the men who courted his mother, the sixteen titled poems are about grown-up dating, what the son learns from observing his mother. They underscore in verse form Gore Vidal’s prosaic conviction that all sexuality is universal, that anatomy notwithstanding, when it comes to behavior, gender is a conviction, not a fact. And while they explore the outer orbit of desire, they keep in mind that the goal of pursuit may not always be capture, but there are genuine rewards for getting it right:

Other days it will be a typhoon,
warm waters gathered into storm.

I am divided
and unsure in so many things

except this:
the end of every suitor is rest.

and leave it. The body waits.
We have the serious business

from glasses, fill cabinets
with bowls and measuring cups.

We invite our friends.
Join us. We’ve made a place at our table

The table we bought at the flea market
and carried five blocks home.

I set it with your plates
and my silverware.
(Suitor’s Dream 1)

Now that he has started a family of his own, settled in Utah, and published these poems written from his youthful experience, there can be no doubt that Joshua Rivkin will continue to write accurately and candidly about his ongoing discovery of how we live today, and to find what he has called “a poem below this one / where I know more.”