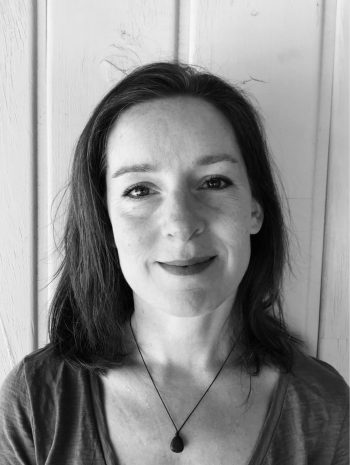 Rolling into the new year, Liberty Blake is working on collages for a landscape show at Modern West in March as well as some smaller works for the UK organization Art on a Postcard, as part of their upcoming International Women’s Day auction event. She’s also one of the inaugural artists for Modern West’s new residency program.

Blake was born in London, England, and spent her early years in the countryside near Bath. The daughter of two artists, she was immersed in art from an early age. When Blake was eight, her mother, Jann Haworth, founded The Looking Glass School, a small arts-centric school that encouraged self-expression with creativity at the heart of the curriculum. These were formative years, the beginning of her love for wild nature and art. She studied at the Bath Academy of Art and the West Surrey College of Art and Design. In 1997, she moved to Utah “for an adventure,” where she co-ran the Sundance Art Shack. She moved to Salt Lake City in 2005 and has shown extensively in the area. 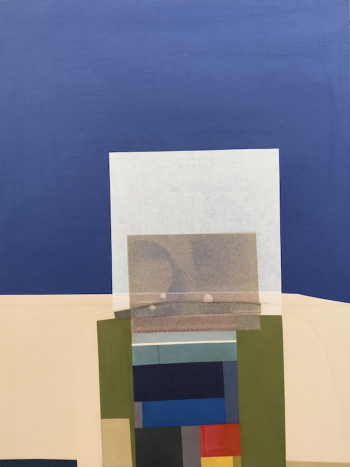 Modern West’s new residency program is part of Upstairs at Modern West, in which the gallery has taken over the space above the gallery formerly occupied by The Foundry SLC. They will use the space for performances, workshops, art-based classes, exhibitions, events and residencies. For her residency, Blake will be working on collaging three additional panels for the “Work in Progress” mural. “Work in Progress” is a collaborative, ongoing mural project begun in 2016 that over 120 people have contributed to, making stencil portraits of women who are catalysts for change in the fields of social activism in the arts and science. It has shown at the Brigham Young University Museum of Art and the Utah Museum of Contemporary Art, and is currently showing at Pallant House, Chichester, UK.

Every Friday during January and February, between 10 a.m. and 3 p.m., she and Haworth will be on-site working on three of the 8 x 4 foot panels. The studio space is open to the public, and the artists are happy to talk about the project and how they can get involved.

“The most amazing aspect of this project is how the stenciled heads come into being,” Blake says. Participants choose a woman they admire or are interested in to be featured in the mural and are taught how to create a stencil of their head to include in the mural. “The majority of them have been created by self-confessed ‘non artists,’ many of them doing art for the first time since they were kids … The outcomes are amazing, and to see the participants reaction to them when they first lift away the stencil to reveal their final piece is a very moving experience. It makes the process of collaging the heads onto the panels more special, as each one is not only a portrait of someone important but it’s also linked to the person that made it.” 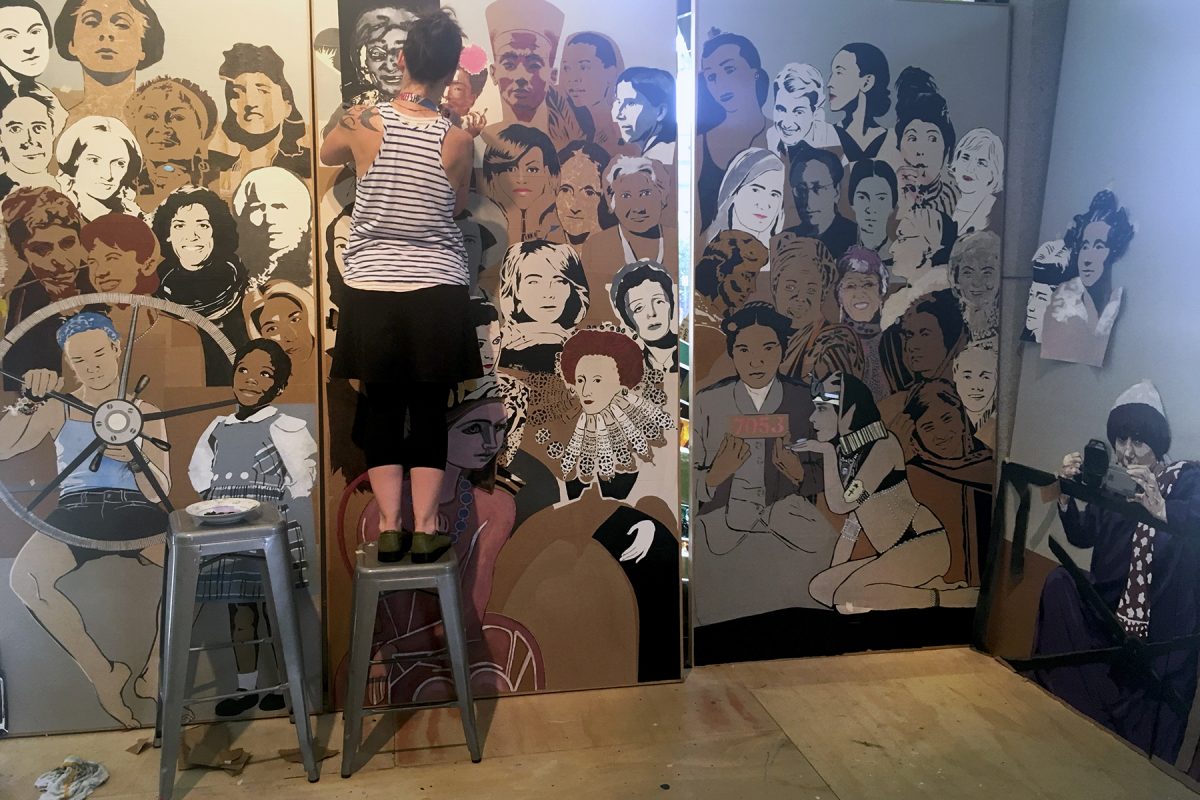