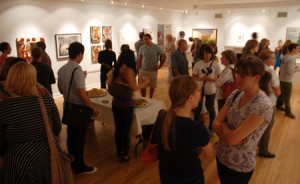 35 x 35 is our showcase of art by Utah’s young generation. The exhibit features work by artists 35 or younger, and in 2009 opened to packed audiences. A number of the artists featured in that show have gone on to become players in the local art scene. You can see the artists and the work from that exhibit here.

So, if you are too young to run for president in this election cycle, get into the studio and start making some work. 35 x 35 is open to artists resident in the state of Utah 35 or younger. All media are considered. Selections will be juried by the Artists of Utah Board of Directors, and cash prizes will be awarded in a variety of categories. The official call will be released at the end of the year.