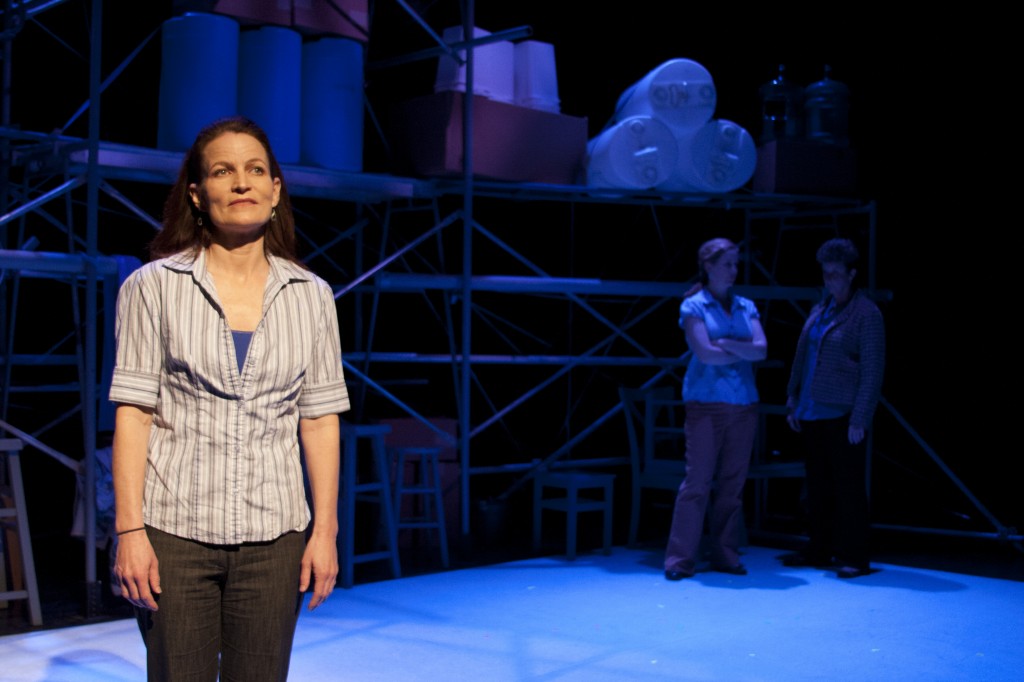 Stephanie Howell as Janeal in “Community Standard,” one of “3” one-act plays by Eric Samuelsen at the Rose Wagner. Photo courtesy Rick Pollock.

Family Home Evening it isn’t. But Eric Samuelsen’s world premiere “3” at Plan B Theatre Company is still as Mormon as it gets.

That doesn’t mean anyone of any belief system won’t enjoy it immensely. But it will help if you’ve spent some time in Utah.

These are three insightful short plays about women confronting their own often conformist culture that center on universal whys: why do we make the choices we make, why do we do the (often-intrusive) things we do. Is it all about appearances?

Rarely pretty, but sometimes laugh-out-loud funny and always incisively written, the plays are cast with just three women with references to other important people – various ward members, a husband — who don’t appear onstage but oddly seem to. Samuelsen wanted the plays to appear “populated” and they do.

In “Bar and Kell” two apparently well-meaning ward members (Barbara and Kelly) intervene in the life of Brandie, a young single mother of several who has just moved into the neighborhood, is in an abusive relationship and, of course, “must” marry this man, become active again in the LDS Church, and get her GED. But is this proffered “friendship” because Bar and Kell genuinely like this disarrayed young woman or merely because Brandie is their church community’s “charitable” project? Teresa Sanderson’s transformation from Bar to Aunt Dot was eerily effective.

Community arises in a different sense in the second play, juxtaposing the re-release of the movie “Titanic” and an old Utah obscenity trial to explore issues of sexism. While the three actresses play multiple roles extremely well, Stephanie Howell, winning in all three productions, was especially so here as Janeal who describes a time where as a juror she had to watch pornographic films to determine what was and was not the “Community Standard.” That experience made her realize that her husband objectified her as a woman – one who had to get down to 105 pounds within a month after having each child to still be the most attractive woman in the ward – and so influenced her vote in the trial. 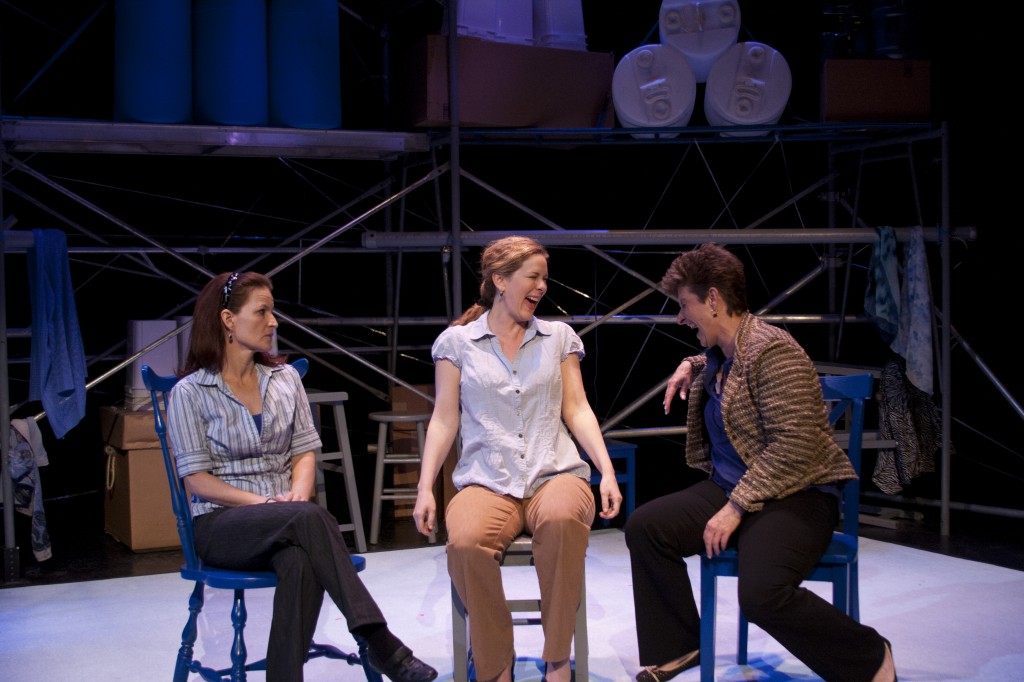 “Duets” is about marriage between a straight LDS woman and a gay man and also the test of a friendship – or really two. It’s strong stuff and was well saved for the final play of the evening. The interplay between two fine actresses, a quite convincing Christy Summerhays and Howell (and an absent but very present dazzlingly smart and handsome husband) makes this particular production under Cheryl Ann Cluff’s careful direction a standout.

The play runs through April 6. Thursday and Friday at 8, Saturday at 4 and 8, Sunday at 2, at the Rose Wagner Studio Theatre, 138 W. 300 South. 3 is part of #SeasonOfEric, Plan B’s 2013/14 season dedicated to the work of Eric Samuelsen, a Mormon playwright and former professor at BYU. You can see our profile of the playwright in the February 2014 edition of 15 Bytes.