Christmas is a time for traditions, mostly welcome, but we could do without a recent one: the culture clash that’s come to be known as the ‘Christmas Wars.’ The pattern will be familiar to anyone who has followed the national news, or for that matter ever been bullied, say by bigger kids at school, looking to prey on their weaker classmates and needing an excuse to make it the victim’s fault. ‘Who are YOU looking at?’ ‘What do you mean by THAT?’ ‘How dare you say “Happy Holidays” when this has ALWAYS been Christmas?’ Every year, it seems we agree on less and less, and now even basic definitions elude us. What is good will? Why must we tolerate them? What does Peace of Earth mean any more? 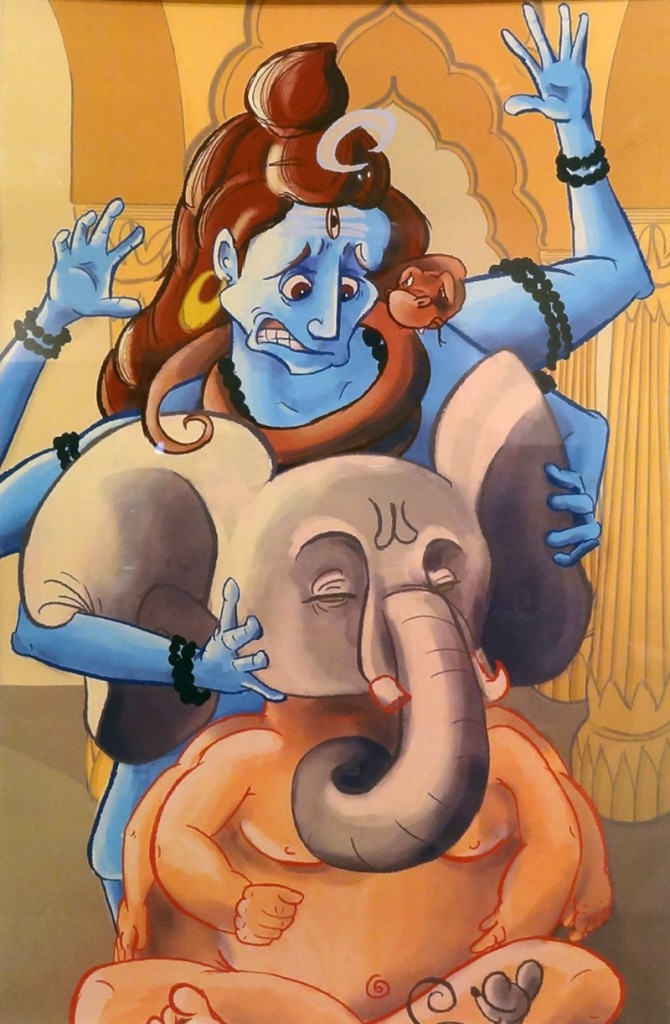 And so it’s good to find a haven, a place where the mid-winter’s tyranny of cold and dark are displaced by the warmth and light, where families are celebrated rather than tested, and where the presence of fine art is considered adequate supervision. The Springville Museum of Fine Arts offers excellent proof that in art museums, as in life, variety is the spice. Some museums serve a patron’s ideals, some promote a particular theory, and some provide the positive environment that kindles and nourishes a love of art for its own sake. SMOFA generously fills the latter bill.

The inclusion of both spirituality and religion in the title is no redundancy, as the many works on display make clear. The ‘religious’ pieces are more focused, more likely to illustrate particular tenets or stories of one of the numerous religious traditions included. This does not mean they are narrow, as Alaina Luise Hendriks demonstrates in her “Creation of Ganesh.” It’s not just that she envisions an event from Hindu scripture; she does so in a playful way that makes this God’s story one with which anyone in Utah can empathize. Closer to home are Caitlin Maxfield Connolly’s figures, in which she ponders, using the rhetoric of art, the mysterious, scriptural image of Jesus and his followers, including herself. 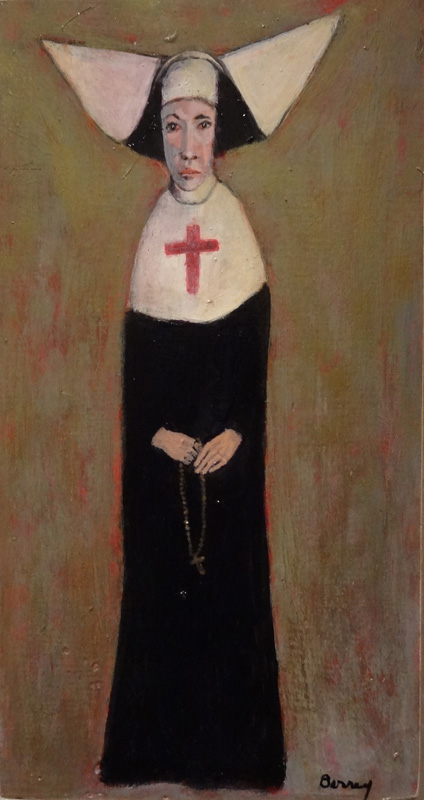 If images invoking more diffuse and universal notions of spirituality are harder to find, it may be because they’re harder to make. Some of the clearest come about when artists observe other cultures. Carol Berrey’s “Sor Maria Severa” depicts an Italian nun whose unworldly piety struck a familiar chord in an LDS artist far from home. Context helps, too: “Presidential Profiles,” scissor-cut images of LDS leader done by Melissa Clark as they were in Joseph Smith’s day, before the invention of photography, hanging along with Carol Berrey’s “Habemus Papam! (The Accession of Francis I),” argue for a degree of continuity across the spiritual landscape that is not always apparent.

SMOFA doesn’t do things half way. Like the James Christensen family show that just opened, the Spiritual and Religious Art show is huge, worth the trip in spite of blizzards and seasonal obligations.