Gretchen Dietrich honored as one of “30 Women to Watch” 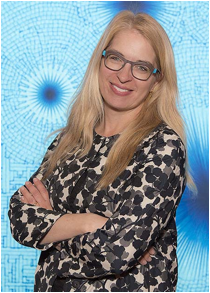 Gretchen Dietrich, executive director of the Utah Museum of Fine Arts (UMFA), is being honored this month as one of Utah Business magazine’s 2015 “30 Women to Watch.” The magazine’s annual recognition program spotlights women business leaders who have distinguished themselves across a diverse range of fields, from banking to healthcare. Dietrich was featured along with 29 other business leaders in this month’s edition of the magazine as well as with a reception at The Grand America last week.

Since Dietrich was appointed UMFA’s executive director in 2010, she has led the Museum’s evolution in virtually every category: establishing financial stability; increasing revenues from private and public sources; boosting attendance; strengthening the UMFA’s relationship with the University of Utah and the broader community; and establishing partnerships and securing support from such world-recognized institutions as The Andy Warhol Foundation for the Visual Arts, the Hearst Foundation, and the Dia Art Foundation. Last year, she was one of 39 senior museum professionals accepted into the highly competitive and prestigious 2014 Getty Leadership Institute—the first museum executive selected from Utah since 1986 and the first woman ever from Utah. In fall 2014, she was invited into the National Art Strategies’ chief executive program, which brings together 50 international executives to explore community impact, place-making, community collaboration and innovation. She was also recently appointed to sit on Dean Raymond Tymas-Jones’ cabinet for the University of Utah College of Fine Arts.

Dietrich holds an MA in art history from Temple University. She is former chair of the Board of Trustees of the Utah Nonprofit Association, an elected member of the Association of Art Museum Directors and a Governor-appointed member of Utah’s Board of the Office of Museum Services.